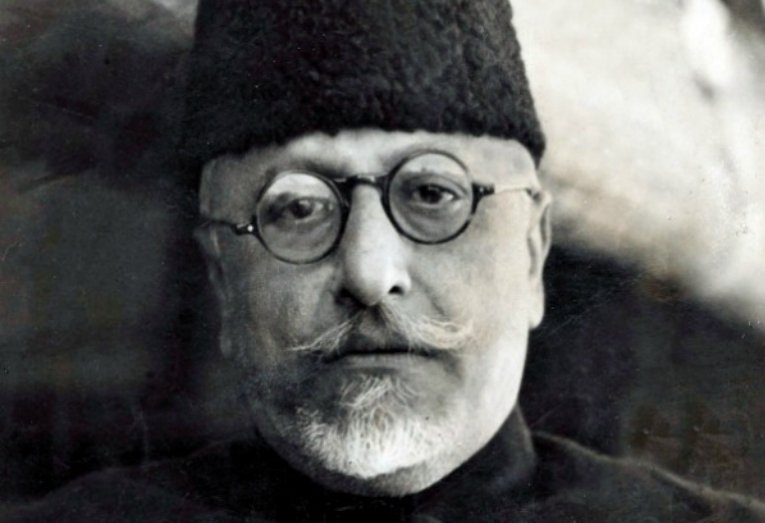 I am very grateful to be part of a university which had a founder like You. The term ‘Educationalist’ is enough to define you. Since I am a history buff, I have a keen interest in knowing about India’s past and read about revolutionary fighters like you. I am a huge fan of your ‘Nairang-i-Aalam’, and I was blown away by your poetical journal.

You are indeed a Bharat Ratna, an honour bestowed on you posthumously. And isn’t it exceptionally worthy that your work, contributions are still helping India in growth and progress?

It’s 2019, and we are at a turn where we need a fighter and a leader who should encourage all the citizens of India like you did—asking all the religions to come together and fight against the common enemies such as poverty, illiteracy, corruption etc. I think you would be shocked to see how India now considers those who can speak fluent English as ‘educated’. Is this what you wanted education to be?

I mean there’s no harm in learning a language, but advancing by cutting your roots should not be encouraged. “Hindi hain Hum, watan hai Hindustan humara.” I think we should feel proud in speaking Hindi because it is a part of our culture and ethnic identity.

Sir, with a heavy heart, I am telling you what and where we are lacking. In my academics, I went through your work ‘India Wins Freedom’, and I was like “No, I want to read more! I want to know more about ‘Azad’ and ‘Azaadi’.”

Sir, today’s journalism is at its worst. Your journal was in support of national causes and for the unity of the people to fight against the British. But now, the scenario is quite complicated. We need you, Sir.

Before writing this personal letter, I read and researched about you at my level and realised that If I were like you even one or two per cent, I would be able to help my nation in accelerating your vision and dreams.

You were tremendously brilliant, and we owe you respect.

And my keenness indulged me more when I came across this part where Jawaharlal Nehru referred to you as ‘Mir-i-Karawan’ which meant a “brave and gallant gentlemen”. Mahatma Gandhi praised you as a man with the “calibre of Pythagoras, Aristotle and Plato”.

You were Bapu and Chacha Nehru’s favourite. You stood against Jinnah’s two-nation theory and rejected its proposal. You requested all fellow Indians, both Hindus and Muslims, to maintain unity and keep India united. You showed us the right path, but we somehow derailed from it.

And here in 2019, we are doing the same. I urge all my countrymen to make India ONE again and live with peace and harmony.

Thank you sir, for being a pillar.

A daughter of India attaining education.