By Dua Subzwari in Menstruation, Society 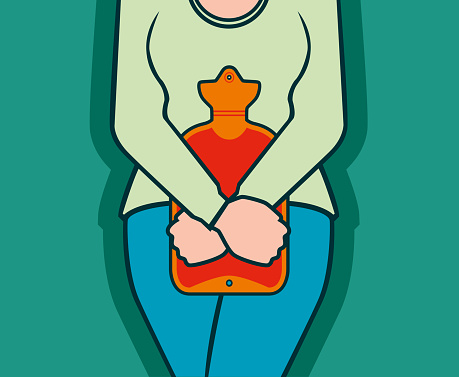 Gone are the days when people felt shy and uncomfortable while discussing Periods. Women menstruate and with blood comes the cramps and mood swings. In early 2018, a debate on menstrual leaves occurred when Ninong Ering, an MP from Arunachal Pradesh tabled the Menstruation Benefit Bill in the Parliament. It demanded that women should be granted a two-day paid leave every month for their periods or they should be permitted to work from home. The Bill triggered widespread criticism as well as support.

Before deliberating on whether the idea of menstrual leaves is apt or not, one must view it with a broader perspective. First thing, the intensity of menstrual pain is not the same for all women. Some women suffer fewer cramps while some find it difficult to even get out of the bed. Second, the cramps last for almost three days with heavy bleeding on the first two days of the cycle. It becomes a daunting task to work with cramps in your stomach and lower abdomen, and all the irritation that occurs.

What Are The Critics Saying?

It is true that women have been effortlessly working during their periods since a long time, and critics are arguing that asking for menstrual leaves now is just a side effect of the so-called “feminist wave”. They believe that it might lead to gender discrimination as women will get an extra privilege of taking two days paid or unpaid leave. Well, have women ever signified that it is unfair for men to not menstruate? It is idiotic to complain that men do not menstruate, the same way calling menstrual leaves gender discriminatory is idiotic.

It is a biological process and much stress was never laid on this issue, because women before 90s were not much aware of their rights. However, Bihar government has been offering a two-day leave to its women employees since 1992. Countries like Japan and South Korea also grant menstrual leaves to women, and their economy and work culture is an evidence of their prosperity.

There is a belief that employment opportunities for women will decline if the Bill is passed as companies will avoid hiring women. Now, this calls for an alteration in the mentality. Granting menstrual leaves will not halt the work as most women do feel grateful when people co-operate during their menstrual cramps and they tend to work even harder.

Are The Leaves Only Limited To The Office-Going Women?

This is a bulky question. It is to be made sure that if women who work in an office are granted leaves then female laborers must also be provided with the same benefit. Domestic workers and laborers do much difficult work than women possessing white-collar jobs. The office gives the benefit of AC and fans, but laborers have to work in scorching heat and they do not even have fixed working hours. Your boss can allow you a day off if you are unwell, but most blue-collar workers will be fired if they take an emergency leave.

Menstrual leaves are for every working woman; if a white-collar woman is getting it, then a labour class woman should definitely get it too. If the Bill is passed, the lawmakers will have to make sure that the rule to grant menstrual leaves is followed in every sector.