In 2019, Is Political Affiliation Still A Hindrance To Objective Reporting

How has ownership in the media industry created its own world by having control over a population of billions?

India, a country with a billion people, is governed by only a few “influencers,” who own the media. The media has a unique power of influencing and changing the thoughts of anyone. India is the biggest media market in the world, however, the concentration of power is in the hands of a few who have political affiliations.

A very difficult question to answer is “who owns media organisations?” Some are sole proprietary firms, some are joint ventures, some are corporate-owned, some are independent firms, and some have a government agenda or overt political affiliations. Also, the fact that recent studies show that globally, the number of companies controlling the media has significantly shrunk makes this question even more difficult to answer.

Media, in India, has an oligopoly market structure: there is dominance over the market by a few players and this dominance is increasing with the absence of restrictions over its ownership. There is a growing number of media houses that are governed by political parties or people having some political affiliations. The owners of these media houses use the media–be it television news channels, magazines or newspapers–to advertise or promote their other businesses.

Also read: Opinion: How Can We Define The Role of Media In Democratic Politics?

According to research published in a book called “Media Ethics,” the board of directors in many media organisations includes representatives of big corporates who are also advertisers. For example, the board of directors of Jagran has had the MD of Pantaloon retails, MacDonald’s India’s MD, and more. HT media included the chairman of ITC Ltd, joint MD of Bharti enterprises, and more. Similar to this, there are a lot of media firms that have their affiliations with corporate houses.

Talking about the radio sector, the Reporters Without Borders report said that the Indian state controls the world’s largest broadcaster All India Radio (AIR), which broadcasts news in multiple languages and has a monopoly over the market. Private FM channels have been given the license to provide music and entertainment, but they are not allowed to produce news. Over the television, the Indian state-controlled broadcast Doordarshan was given a notice for promoting the ruling party on a large scale and was advised to focus more on objective journalism.

It increasingly seems like media organisations have now been used as a propaganda mechanism by a handful of people for their interest in other businesses. The same way Hitler used print media to propagate himself in Germany, it seems like the Indian media has been biased towards the organisations through which they are getting funds.

In 2019, the Press Council of India (PCI) urged the media to do objective journalism instead of paid journalism. A lot of media organisations have business and political ties, which are more in regional areas. These affiliations weaken the power of the media firms, but if the media firms do not work according to political or business tie-ups, they need to pay a heavy price for this by not getting government advertisement. This then makes it hard for the organisation to sustain itself in the market.

For example, in the state of Odisha, Odisha TV (OTV), a news TV channel, is owned by the Panda Family. Baijayant Jay Panda is the national Vice President and the spokesperson of the Bharatiya Janata Party (BJP) and has been a four-time member of the Indian Parliament. However, he lost in the recent 2019 elections.

In Assam, Riniki Bhuyan Sarma owns the News Live, and she is the wife of Himanta Biswa Sarma, a powerful cabinet minister in the BJP government in Assam, said Media Ownership Monitor.

Reporters Without Border mentioned that these are just a few examples that can make us understand that the media houses with political affiliations will always be biased, and their reporting will not be objective. Consequently, India is ranked 140, earlier on the 138th position, in the 2018 World Press Freedom Index.

Owing to the fact that six journalists were killed in 2018 because of their unbiased reporting that was critical of the government, India was one of the deadliest countries in the world in 2018 for objective journalists. Many journalists were physically attacked, murder attempts were made and in some cases, like those six journalists, were actually murdered when they spoke against the ruling party. In many cases, the supporters of the prime minister threatened the journalists when they questioned him. 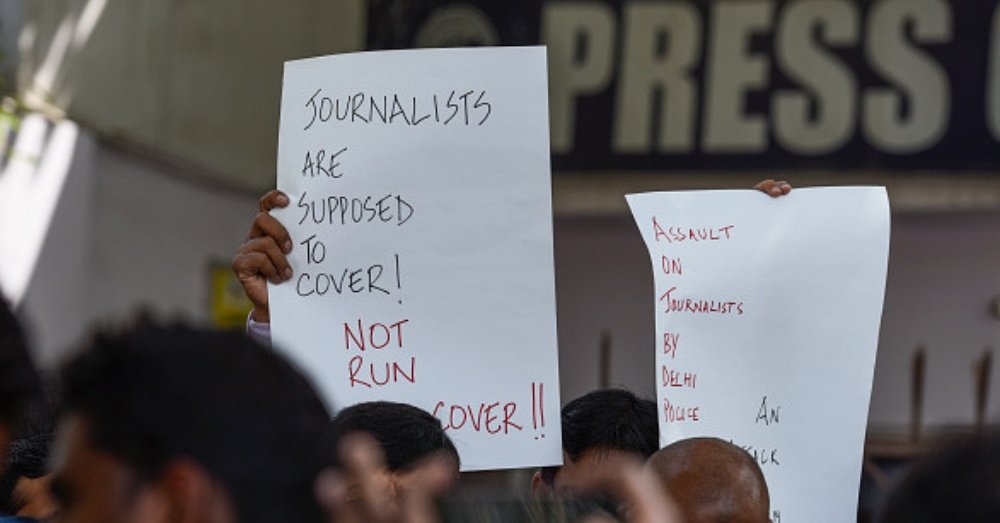 Regulatory authorities need to ensure the security of the journalists, and look-out for ways to minimise political interference in reporting in order to allow journalism to stay relevant.