How Can We Address The Rising Rate Of Crimes Against Women In India?

It is a widely-known fact that the number of brutal assaults and crimes against women and girls are increasing steadily in India. The principal rule of the traditional patriarchal family is to suppress the voice of the woman, which means that the dominant masculinity gets to exhibit its exalted superiority every day over the so-called inferiors, usually women. This so-called dominant masculinity is also the modus operandi behind the rape and murder of women or girl children, triggering the individual to commit heinous crimes by assuming that the abundance of freedom his family or tribe has bestowed upon him also allows him to roam around freely in the night to attack passers-by.

Often the victim lacks the courage to report the crime because of family pressure; she is left traumatised and is threatened by the accused that a single word against them would get her killed. On the other hand, the police officials also fail to find evidence sometimes, showing an unwillingness to help the depressed and poor family, refusing even to file an F.I.R. (First Investigation Report) against the culprits in some cases. If a well-planned investigation is carried out by the police, then they would succeed in gathering strong evidence and bringing justice and a sense of relief to the victim and her family.

But this culmination can never be reached when the sufferer’s life is hanging uncertainly at the hospital. In a very unpleasant experience that involves torture and humiliation, those who speak out the truth are often silenced by some of the corrupted higher-level officials, who are least bothered about justice and become involved in accepting a bribe for dropping the charges by the orders of senior management and influential politicians. 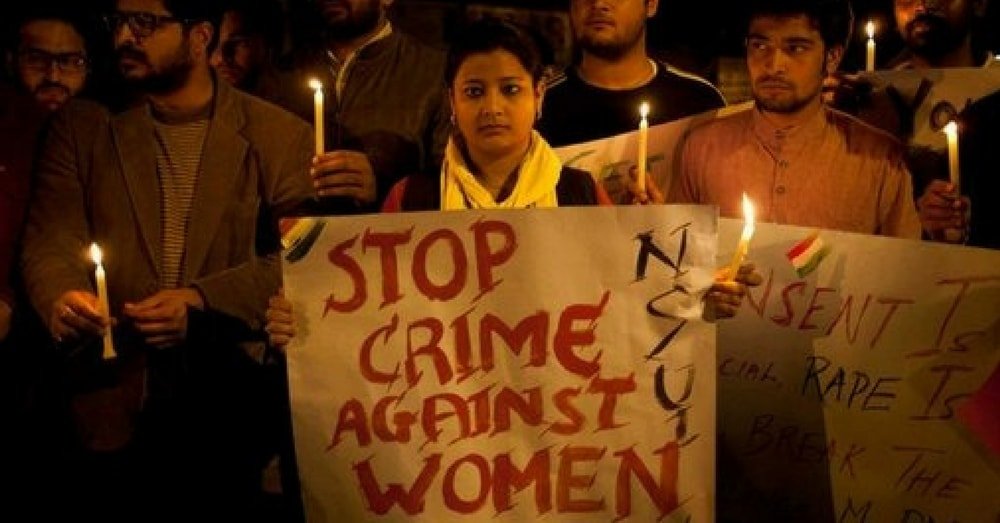 Back in 2012, when the Nirbhaya case was reported, thousands of protestors were marching on the streets of New Delhi to get the attention of the then UPA government and other authorities. To everyone, it looked as if the whole city was on fire, and many of them were feeling vulnerable, considering the fact that India was no longer the safest country for women. There were innumerable clashes that occurred between the citizens and the government as public outrage geared up; there were heated arguments and debates on social media, newspapers, and TV.

It was this same year that the most unexpected chain of socially engaged events was going to take place. Since then, people have become more mature, educated, and society has widely acknowledged the prevalent violence. Although efforts from the law enforcement agencies and the Supreme Court directive have allowed for the reformation of the flawed system by establishing fast-track courts in various states and imposing strict actions, including capital punishment for the rape convicts, snot a lot of change has been visible so far, and the rate of crime against women has not gone down significantly.

When would we see our democratic country stand tall and develop in every aspect of development?

First, we must be able to understand what is provoking a particular individual into committing rape, and how our nation would respond to these questions when confronted by the United Nations, where several countries from around the globe gather to discuss and resolve the most alarming issues affecting them.

Secondly, the environment in which any child is born and brought up has a huge positive or negative impact on their life. Thus, proper guidance emphasising moral values and respecting a woman’s dignity is one of the most crucial lessons in life. People will only learn when they exercise the duties of a responsible father, son, and husband. Therefore, a valuable education must be imparted, and the doors to better opportunities must be opened to everyone.

Thirdly, these days, young boys hesitate to express their sexual desires or identity in front of their family and friends. So, a round of friendly conversations should take place and camaraderie shown at the family’s time together. Fourthly, in earlier times, telephonic diaries used to be loaded with emergency numbers, like ambulance, medical help, police, fire and safety. These days we should have the same loaded on our mobile phones.

Finally, there should be an authorised and licensed department whose entire work is to offer to counsel, understand their impulsive emotions, and eventually at the end of the day, hand over the reports for each case study to the highest committee in-charge who will henceforth act to foster the changes within the system and suggest any viable steps to improve general psychological behaviour.

I hope that my article offers some hope in the hearts of many and instill complete commitment towards protecting the legal rights of the people.

Also read: NCRB Data Reveals That Crimes Against Women In India Are On The Rise