By Anshuman Singh in Society

Two Gandhi fellows Anshuman Singh and Rahul Tripathi started a youth engagement project named “Son Youth Parliament” with the support of co-fellows Amit, Khushi and Priyanka in the aspirational district Sonbhadra, which is the second-largest district of Uttar Pradesh, India and the only district in India which borders four states namely Madhya Pradesh in west, Chhattishgarh in south, Jharkhand in south-east and Bihar in the east. Sonbhadra is also the highest tribal populated district in Uttar Pradesh. 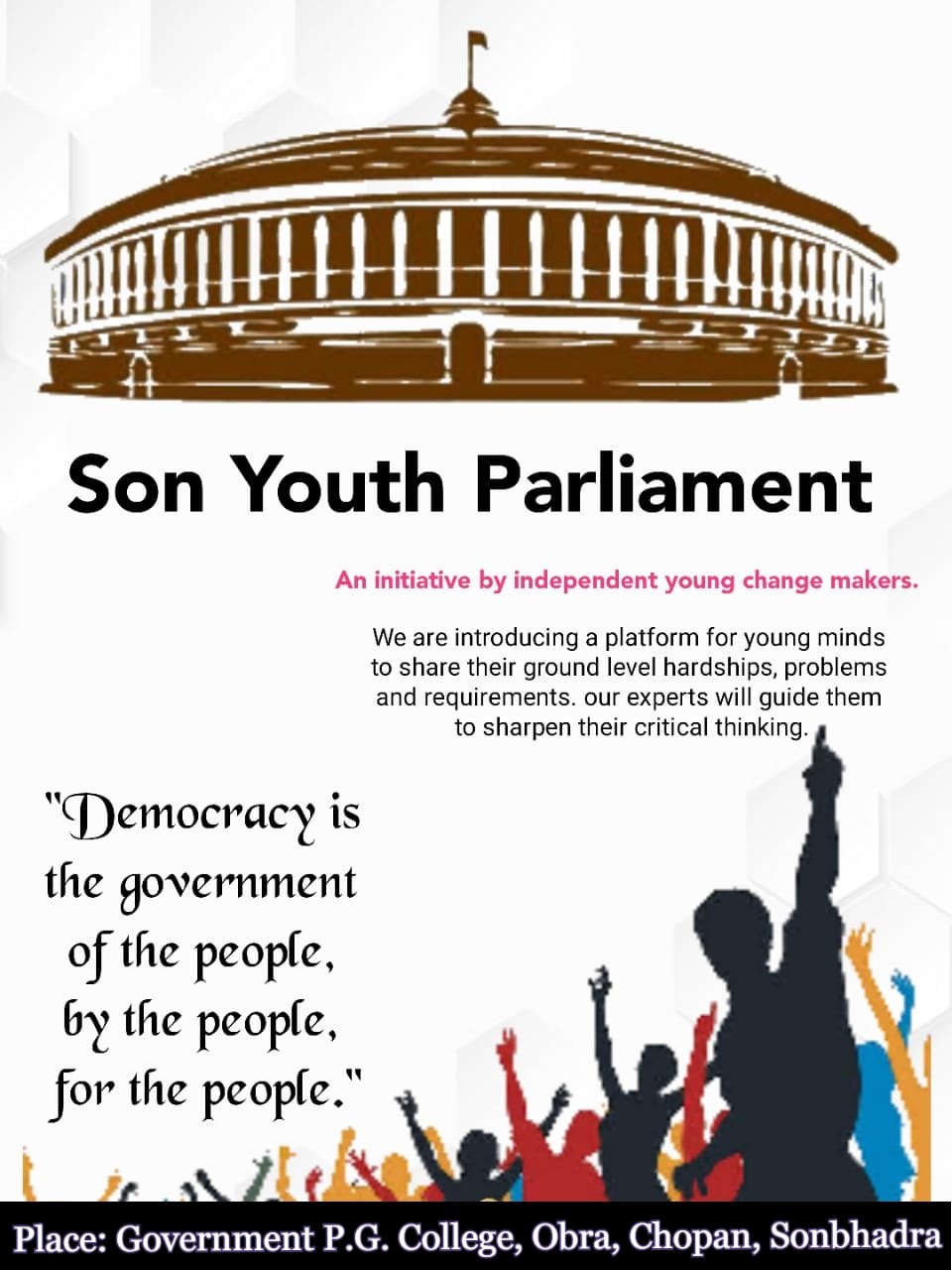 Son Youth Parliament (SYP) is a unique educational programme which brings together young people from all over the Sonbhadra district to discuss local and current topics like low student learning outcomes, female literacy issues, low attendance, dropouts, unemployment, child labour, child marriage, water scarcity, pollution and bad transport, etc., in a parliamentary setting. It encourages independent thinking and a will to take the initiative in young people and facilitates the learning of crucial social and professional skills. It also supports the development of young people into politically aware and responsible citizens by involving them in Indian political thinking and promoting intercultural understanding.

How It All Began

Before joining the Gandhi fellowship, Anshuman and Rahul were a part of the Youth Parliament in their city, and it was a significant life-changing experience for them. After joining the fellowship, they were working on the capacity of government officials, teachers, and students. In the meantime, they observed that the youth is a critical key to create a movement/Jan-Andolan within a community. Then they decided to engage with youth and started developing the idea of a parliamentary setting. In August 2019, they got a chance to engage with youth for a Community Teaching project and experimented their own idea of parliamentary discussion and gained positive results from it.

After collaborating with the Principal, professors and students of ‘Government Post Graduate College, Obra’, on November 8, 2019, fellows organized an orientation and selection process which was sponsored by the college administration. A total of 90 candidates participated in the group discussion and about 55 candidates qualified for the next round, i.e., personal interview. In the end, 30 candidates were selected as the Son Youth Parliamentarians-2019.

We Don’t Have Time To Lose

By the end of the Sustainable Development Goals in 2030, today’s 18-year-olds will be 29. Our mission is, by that age, a young person should become a productive, civically-engaged, democratic, tax-paying citizen, who can support a family if they have one. We must reach out to today’s young people with the right technical and life skills to unlock opportunities for them and future generations.

Also read: We Don’t Shame People For Seeing Doctors So Why The Stigma About Therapy?