India May Soon Reach Its Renewable Energy Targets. But Is It Enough?

Cars, cows, and factories: what’s common between these three? No, not the letter ‘O.’ They are some of the major causes of greenhouse gas emissions around the world and in India too.

You might have heard about greenhouse gases from global warming commercials and videos, which have time-and-again proved with hard facts that climate change is as real as the existence of the sun and of endless human ignorance. However, in 2019, there are still hordes of people who don’t believe in global warming and claim it to be a conspiracy theory aimed at creating unrest around the world and targeting governments. Well, to be honest, if someone needed to attack governments and create turmoil in the world, one just had to leave the citizens of the world to their own tools because people are capable of destroying themselves quite successfully. 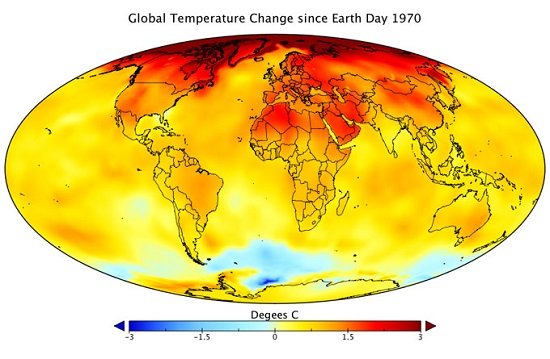 However, before discussing whether climate change is real and venturing into the arena of greenhouse gases and the resultant global warming, let us recap what greenhouse gases are in the first place. The term greenhouse comes from those little plastic huts you can see every time you drive around the countryside. Greenhouses trap heat inside them so that the plants and crops can grow in a warm and healthy atmosphere. Earth is just like a greenhouse in the sense that its atmosphere works similarly. Earth’s atmosphere traps the heat emitted by the sun by reflecting the sunlight and infrared waves back to the earth’s surface.

In the absence of our dear atmosphere, all of that heat would be reflected back on the earth, and our planet would become just like any other inhospitable planets, like Mars or Neptune. To be specific, a group of gases aptly named greenhouse gases—carbon dioxide, methane, nitrous oxide, carbon monoxide—are responsible for maintaining our planet’s homeostasis. Having a perceptible polarity, these gases vibrate in a way that the heat emitted by the sun remains in the atmosphere for a long time before escaping back to space, hence avoiding nights where earth might freeze to death.

Also read: BRICS Summit 2019: The Conflict Between Proposed Growth And The Need For Sustainability

But that is not all that they do. See, too much of anything is terrible. Even when the presence of greenhouse gases in the atmosphere is a must for supporting flora and fauna, if their amount increases beyond a certain level, the planet will go from warm and cozy to hot and scorching quite swiftly. And that is what has been happening for the last four decades. A high amount of greenhouse gases has led to a phenomenon called global warming, which is systematically increasing the average global temperature every year. Several policies and initiatives are being undertaken and planned to curb the adverse effects of this phenomenon. 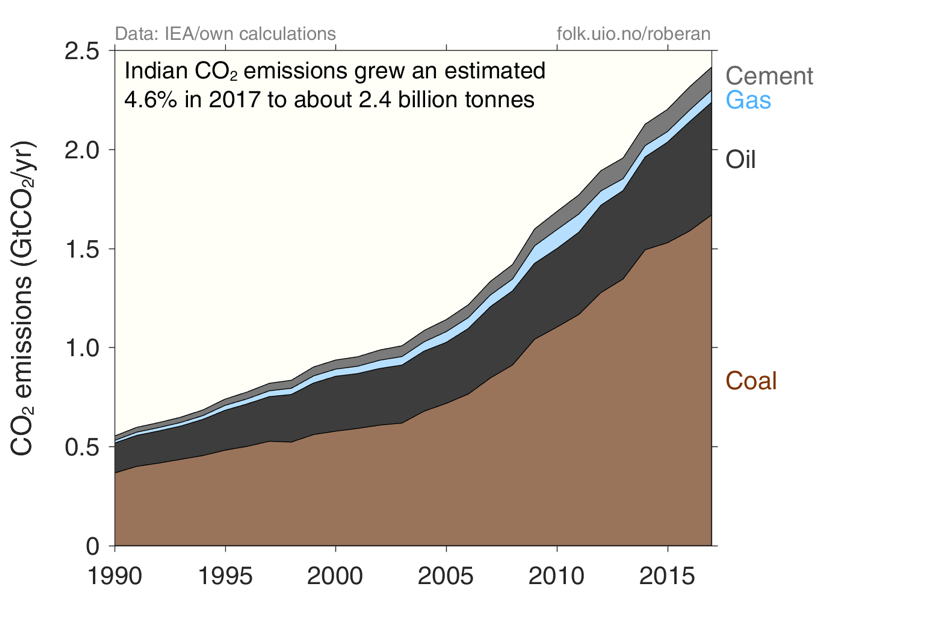 The question that arises at this time is, where do these greenhouse gases come from? The primary sources of greenhouse gases in the olden days were natural processes like volcanic eruptions, forest fires, etc. But since the advent of the Industrial Revolution, industrial waste, agricultural operations, livestock, and vehicle exhausts have become the major contributors to greenhouse gases.

For instance, one of the most significant sources of greenhouse gas (GHG) emissions for India is livestock. Livestock animals like cows and bulls as their digestive output produce methane, which directly enters the atmosphere as a GHG. Due to the population boom and its historical dependence on animal rearing, India, since independence, has seen a sharp increase in the breeding of livestock, and hence, the contribution of GHG emissions from this sector.

In India’s case, the top contributor to greenhouse gases and air pollutants is the use of coal and its byproducts for energy production. In a country which has always depended on its abundant mines of coal to produce energy and with a large chunk of the rural population still devoid of electricity, coal is something which can’t be phased out so easily. However, it can’t also be ignored that 60% of India’s GHG emissions come from coal energy or thermal power plants, who have, although, slightly decreased their production capacity in the past decade, continue to pump carbon dioxide and other pollutants into the atmosphere unhindered.

So what is the government doing to take care of this problem? Well, India signed the Paris Agreement in 2015, according to which, all member countries, among other things, have to limit their climate footprint to 2 degrees Celsius until the target year, which for India is 2030. India has not only kept its targets to date but is also estimated to surpass the expectations set in the Paris Accord, said Harsh Vardhan Singh, the then-Union Environment Minister.

But 2030 is quite far, and a major concern that has time-and-again been raised regarding India’s climate change policies is that it continues to build new coal power plants despite the concerns raised against it in the Paris Accord. Well, to clear some doubts, The Paris Agreement has allowed developing countries like India to shift from nonrenewable sources like coal and petroleum to renewable sources for a more extended period as compared to developed countries like most of Europe and the United States.

In fact, since primary global GHG emissions since the Industrial Revolution have come and continue to come from the US and Europe, the Paris accords have currently put a significant burden of climate change on the developed countries. This has given India a lot of reprieve in terms of coal use. However, that doesn’t mean that coal shouldn’t, or won’t, be replaced.

India’s current coal emissions are up to the mark, but according to the International Energy Agency (IEA), it is estimated to rise from 596 million tonnes in 2018 to 938 million by 2030, and 1.16 billion by 2040. So while the current status is acceptable, we need to look to the future, and that is why IEA has set the target for 2030 to 546 million. The good news is that India is already turning towards renewable options to decrease its carbon footprint and achieve a steep goal.

With a favorable environment for it, India is turning to solar energy as an alternative to non-renewable energy. However, up until 2010, the solar output of India was minuscule, especially compared to its vast potential. After the launch of the National Solar Mission (NSM) Initiative in 2010, the solar output for the country climbed up steadily. While signing the Paris agreement in 2015, India further promised to increase its nonrenewable outputs to 175 GW by 2022, out of which 100 GW was kept for solar power and 60 GW for wind.

Although hailed as an enormous promise at that time, Indian has since then successfully increased its solar output to 75 GW. In a recent interview with Economic Times, Power and New & Renewable energy minister RK Singh said that the target of 175 GW is underway and is very well achievable before 2022. “The target of having 175 GW of renewable energy by 2022 looks huge. But, today, we have established 83 GW clean energy. About 29 GW of renewable energy is under installation. That makes it 112GW, and under about 30GW is underbid. So that makes the 175GW of renewables,” he said.

Also read: Is India Ready To Tackle The Impact Of Climate Change On Its Farmers?

Citing an example of India’s success in decreasing its carbon and GHG footprint, I would like to tell the readers that the Climate Change Index has ranked India 11th in terms of its policies and the efforts being taken to decrease its GHG emissions and moving towards renewable alternatives.

All in all, even though the overall renewable energy and GHG emission-reduction scenario might look good from India’s standpoint, we need to continue thinking about the future. So, after accepting that India is, unlike many countries, at least on the right track when it comes to fighting climate change, we need to keep in mind that this is not the end of the road. We need to decrease our dependence on coal as an energy source over the next twenty years and increase our renewable output if we want to maintain our performance.

To give a carbon-free future to the coming generations, we need to take more and stricter measures to inculcate a clean-energy habit, especially given the population increase and emission increase estimates. We may have walked a lot and come quite far, but is it an uphill battle from now on, and we’ll need every hand we can afford to fight the enemy. After all, we have promises to keep and miles to go before we sleep.

This post has been written by a YKA Climate Correspondent as part of #WhyOnEarth. Join the conversation by adding a post here.

Image for representation only.