From JNU To AMU: 5 Times Students Defined What India Wants, In 2019

Students, in 2019, remained at the forefront, defending every possible right enshrined in our Constitution. When we say that India has the advantage of having a young population, it’s heartening, at least for me, to witness such protests staged by the young brigades of several universities. 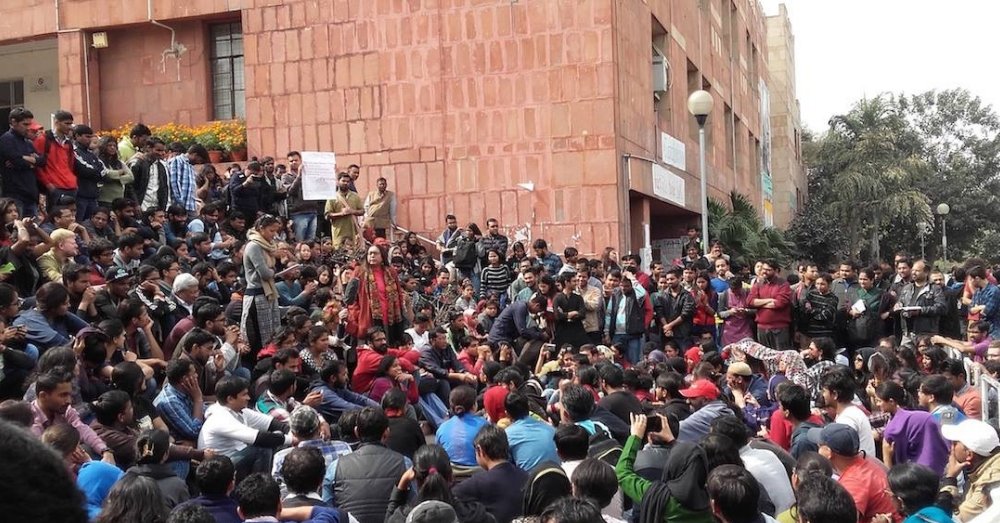 The protests, having semblances with the freedom struggle, demonstrated the values that formed the core of Indianness — non-violence, perseverance, and truth.

Here’s a sneak-peek at some of the major student-led protests that we saw this year. Please note that this series is presented as per the timeline in which these events occurred, starting from August 2019, till date.

Also read: From JNU To IIT: Why The Mantra Of Meritocracy Needs To Be Done Away With

1. Article 370 And Kashmir-Related Protests At JNU And UoH

The abrogation of Article 370 attracted major protests across India. In those protests, however, students from several central universities played a major role. The two universities that heavily condemned this move by the government were Jawaharlal Nehru University (JNU) and the University of Hyderabad (UoH). 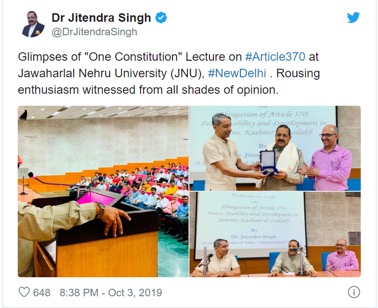 On October 3, 2019, the Vice-Chancellor of JNU invited the Union Minister University of Hyderabad as the speaker at an event titled ‘Abrogation of article 370: Peace, Stability, and Development in Jammu, Kashmir, and Ladakh.’

Students, however, were in no mood to entertain this triumphalism of gross violation of autonomy that the Valley saw post its annexation with India, and they registered their protest against it.

In solidarity with the Kashmiris, who are facing immense atrocities that the government has inflicted on them, students of UoH decided to organise a panel discussion. They demanded it to be held inside the university auditorium.

The permission, however, was denied but they were allowed to do it outside the auditorium on August 24, 2019.

Also read: Hyderabad Uni. Students Were Denied Their Right To Protest, Hours After #370 Was Revoked

Soon after the word of this discussion against the abrogation of Article 370 began to spread, the police and the Rapid Action Force (RAF) started entering the university premises. The Caravan reported that “Students and faculty viewed this as an attempt to curb dissent and the freedom of expression of the student communities.” 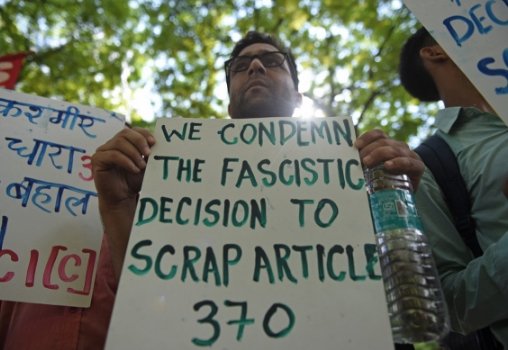 After breaking into the university area, where the students staged non-violent protests against this move, the RAF put out a notice that read that “The police had imposed Section 144 of the Code of Criminal Procedure in Cyberadabad.” And, a university order that mentioned: “It is to inform that all the protests and agitations are prohibited in UoH campus with immediate effect.”

Interestingly, the next day, a report of Live Mint read that “Section 144 is not imposed in Cyberabad limits as the situation is normal.” People in power have their own ways to silence voices of resistance.

Also read: On Kashmir, JNU And Everything Else, Why Embracing Differences Is The Only Way Forward

2. JU Students Against An Event Organized By ABVP

In an article, titled “Jadavpur University Protests: Whose Idea Of ‘Nation Building’ Do We Need?” and published three months ago on Youth Ki Awaaz, I wrote how the peaceful protests registered by students against Babul Spriyo’s invitation by the ABVP-organised event turned violent.

Several areas of the JU campus, and nearby areas, were set on fire by some ABVP and BJP goons. The police authorities mishandled the whole scenario, making it look like this was pre-planned and another attempt to brand the university students as anti-nationals, as it was done in the case of JNU in the events that followed February 2016.

A minister – BJP’s Dilip Ghosh – tried to do exactly that by remarking this: “The Jadavpur University campus is a hub of anti-national and communist activities. This is not the first time that such an incident has happened there. Just like our security forces conducted surgical strike to destroy terror camps in Pakistan, our cadres would also carry out the same type of surgical strike to destroy anti-national hubs in JU campus.”

Also read: A Big No: Jadavpur University’s Answer To Fascism Is Loud And Clear

The only protests where even the school-going students participated, sending a strong signal that no one is too small to bring a change.

Amongst the uproar on several important issues, climate change issue, however, took a backseat, but was rightly so brought to the mainstream by students.

After Greta Thunberg began ‘Fridays for Future,’ in that school children took to the streets reminding authorities of the catastrophic consequences of climate change, Indian students soon followed.

On November 23, 2019, JNU students marched to the Parliament against the hike in hostel fees. Their demand was simple: Roll back the fee hike and make education affordable for all.

It was disheartening to see some ‘Twitterati’ starting a counter-narrative that said that the hike seemed justified to them. (For a detailed description, see ‘Twitter war rages over JNU protest,’ a November 19, 2019, report by Outlook India.) However, they were so insensitive and unconcerned of the fact that education indeed must be free, for it shouldn’t be dependent on ‘our background‘ to get a quality education.

Also read: Why You Need To Know About JNU’s Admission Process To Understand The Protest

Also, as a matter of fact, universities like JNU are the hub of students coming from underprivileged backgrounds, socially and economically marginalised groups to study. The hike, in turn, will cause further exclusion and will rob such students of a ray of hope for a better future for themselves and their families.

The recent protests staged by the students of Jamia Millia Islamia University (JMI, New Delhi) against the Citizenship Amendment Act (CAA), 2019 has faced the worst of the brutality that the people in power can put anyone through. 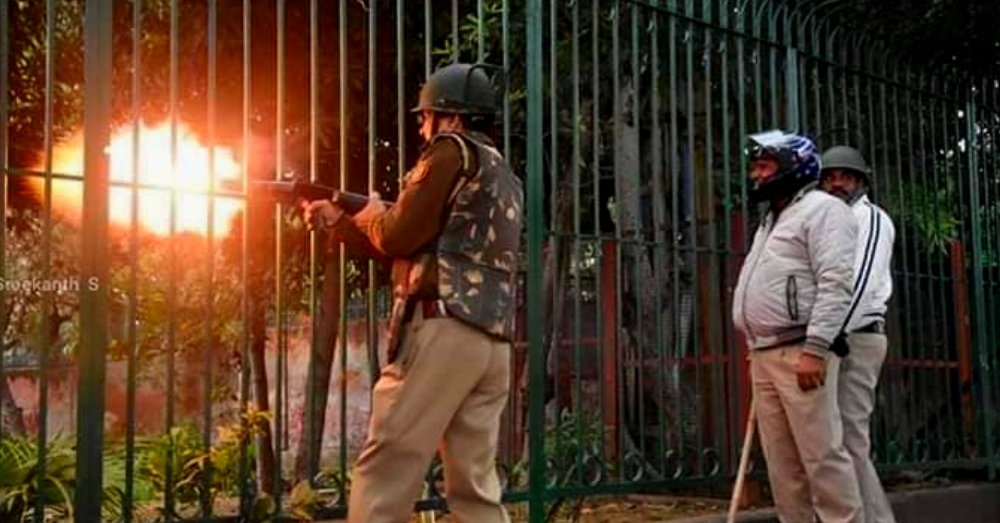 Students were insulted, beaten and, injured. The Delhi Police broke into the university library, vandalised the campus and fired tear gas shells. Many external agents that gave the peaceful protests a violent outlook, however, were let loose by the authorities.

The police broke into AMU’s premises as well, resorted to lathi-charge, and detained several students.

Over 60 students have been injured in this tussle between the students and the brute force with which the police personnel handled the situation. Since then, there has been a curfew imposed in Aligarh. The internet is down, so are television networks.

Also read: Across India, Young People Are Protesting The Police Violence At Jamia And AMU