Why Is The Government Hell-bent On Typecasting Every Dissenting Voice?

By Harsh Vaidya in Politics, Society

For instance, let’s consider the voices that have sprung up against the CAA+NRC and violence over the issue. People who are on the same page have created an echo chamber of validating responses. Yes, all these voices have manifested themselves in nationwide protests. But, have they actually pierced through the political lines? That is the major issue here. 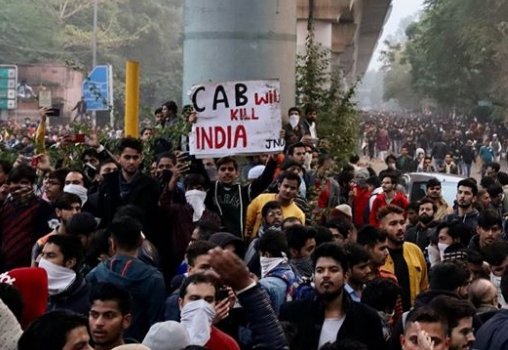 Even if one goes through social media, while remembering that it might not be a perfect reflection of public opinion, one still can’t help but notice that people who kinda disagree with these voices have in the past shown some signs of right-wing lineage. They have conveniently chosen to remain ‘apolitical‘. However, the right-wingers have expressed their agreement with the violence and the crackdown that happened over the students.

While all these voices were creating a commotion in these public spaces (real and virtual) our Prime Minister and his media minions have been on a spree to typecast all the dissenting voices into their old familiar bracket of Congressis, which, well, now is synonymous to being a Pakistani and anti-national. This “Pakistan-supporting lump”, created by our Prime Minister and his team, might just successfully pull off a political divide among the citizenry.

As far as the vote share of 2019 elections is concerned, BJP+ had 45% vote share, and the remaining votes were cast against them. This typecasting might make this electoral divide starker and starker.

Also read: ‘One Good Thing The Govt Has Done Is Unite All Of Us Against Divisive Politics’