By Sweta Mahato in News, Politics

On Wednesday, 11 December, Rajya Sabha approved the Citizenship Amendment Bill; the bill was passed with 125 votes in favour of and 105 against. Two days before, it was passed by the Lok Sabha. The bill was supported by other parties such as AIADMK, BJD, TDP and YSR-Congress. Before that, the Rajya Sabha rejected the proposal to send the bill to a Select Committee and also rejected certain amendments on the bill from the Opposition.

What Is The Citizenship Amendment Bill?

The Citizenship Amendment Bill applies to illegal migrants; i.e., migrants except for Muslims, who are Hindus, Jains, Sikhs, Parsis, Buddhists and Christians, from neighbouring countries, such as Pakistan, Bangladesh and Afghanistan, and who entered India on or before 31st December 2014.

As per the bill, any immigrants from these countries, who belongs to these communities (Hindu, Jain, Sikh, Christian, Buddhist and Parsi) will not be deported, even if they are not carrying any valid documents. In their 2019 election campaign, BJP had promised to bring up the bill. This was done after updating the National Register of Citizens (NRC) in Assam. Since that left out 1.9 million residents, it became necessary to pass the Citizenship Bill.

This bill will not apply to certain tribal areas of North-East, such as Assam, Tripura, Meghalaya, Mizoram, and Arunachal Pradesh; that means, these states stay out of the preview of the Citizenship Amendment Bill. Home Minister Amit Shah clarified that this bill will not snatch anyone’s Indian citizenship and also said that Muslims of India need not fear – they are and will remain the citizens of India. 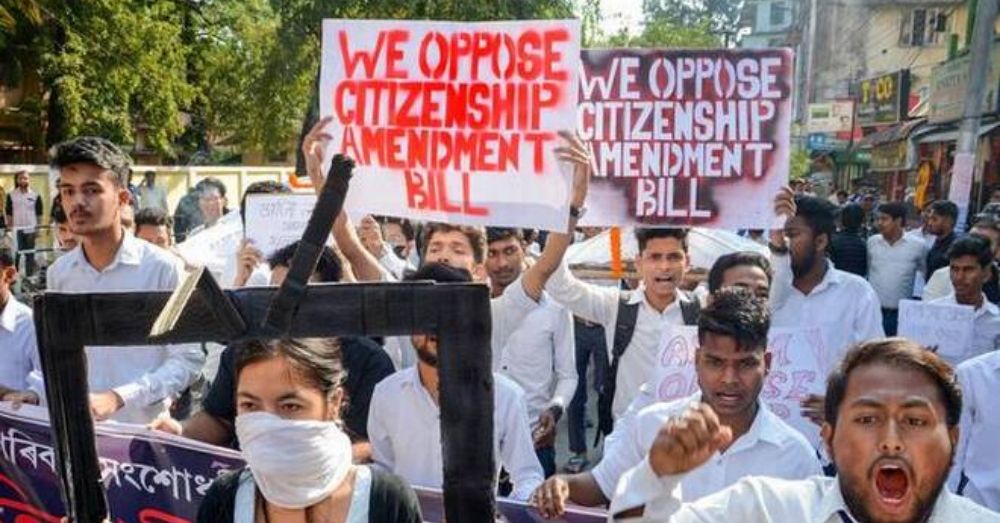 Assam is now opposing the Citizenship Amendment Bill. Protests are happening in many district of the state. Consequently, internet services were suspended in ten districts; allegedly to prevent the misuse of social media and also to maintain law and order.

Also read: Why Assamese Students Are Revolting Against The Citizenship Amendment Bill

Violation of Article 14 and discrimination against Muslims – these are the two major problems that the BJP faced while passing the bill. Article 14 of Indian Constitution does not allow the discrimination of any class of people. The Citizenship Amendment Bill leaves out the Muslims, who entered India the same way as non-muslims. In Pakistan, Bangladesh and Afghanistan, they believe in Islam, and Muslims are a majority.

Citizenship will be given to the minority communities, such as Hindus, Sikhs, Jains, Christains and Parsis etc. of these countries, who are facing persecution on the grounds of religion.

The bill is ready to become an ‘act’ after President Ram Nath Kovind’s signature.