Chhath Puja, one of the popular Hindu festivals, is dedicated to the worship of the Sun. Traditionally, people stand knee-deep in water bodies as they pray to this life-giving, celestial star. In Bilaspur, thousands of people congregate on the banks of the River Arpa to pray. Offerings are made to the Sun and floated in the water, some of which are bio-degradable (for example bunches of bananas), but unfortunately, also some that are wrapped in single-use plastic. Usually, once the festivities are over and people leave, it is a sad sight to see tonnes of litter visible on the banks and in the river.

This year, Earth Day Network coordinator, Panu Halder, worked with local youth and the NGO, Nature Bodies Mahila Swa Sahayta Samuh, to build awareness among the community on the need to bin, not strew the waste.

Here are some pictures from the event: 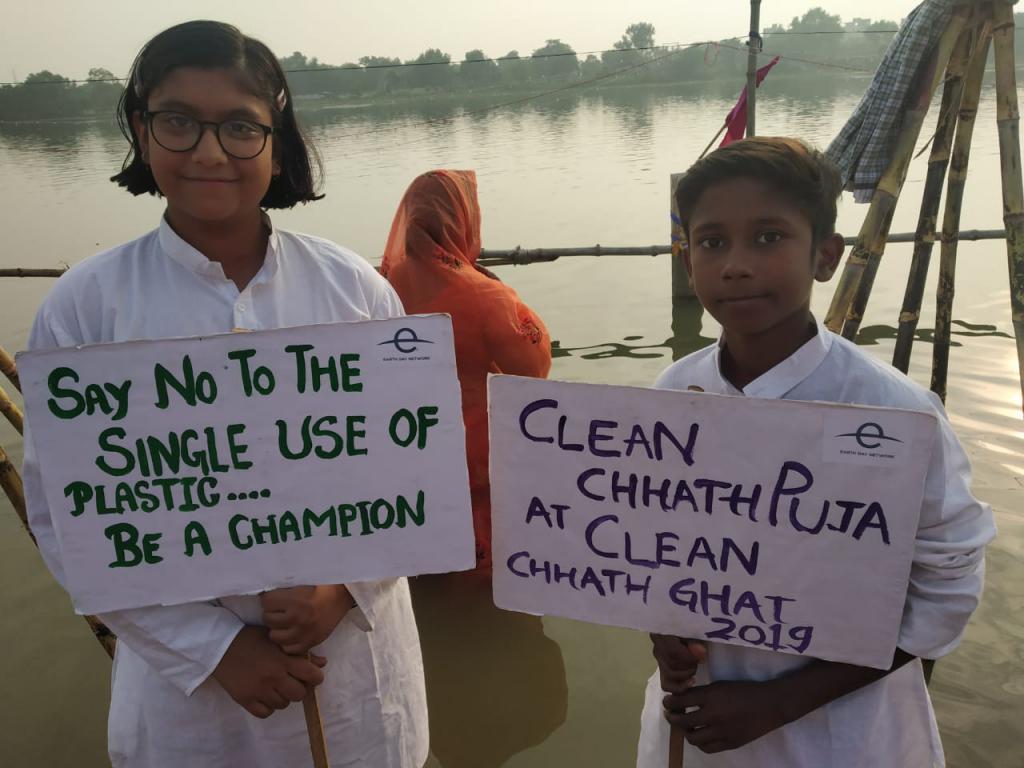 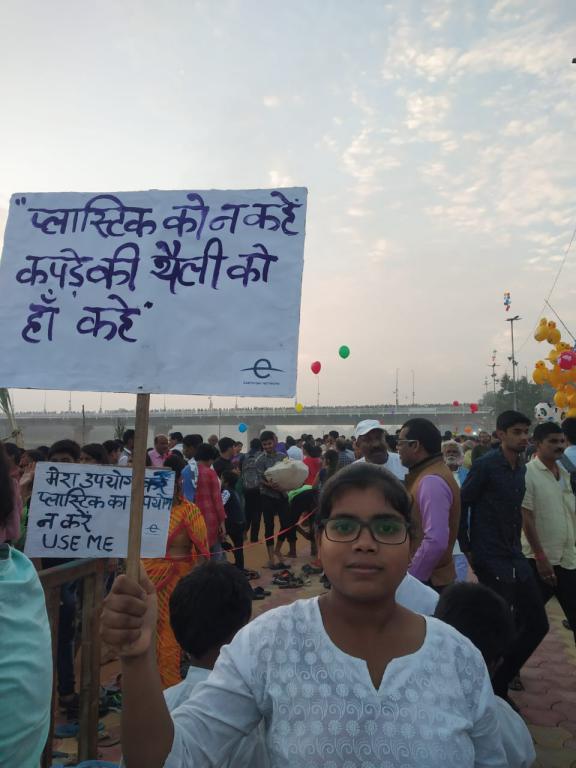 Over a four-day period, from October 31 – November 3, students from local eco clubs took the lead to make people aware of the harm of littering. This inspired 25,000 volunteers to come forward and help clean up the banks of the river. Around 100 kgs of plastic waste were collected and handed over to the municipality for scientific disposal.

Next year is the 50th anniversary of Earth Day. To commemorate this historic day, Earth Day Network has launched the Great Global Cleanup campaign – a people’s movement to remove billions of pieces of trash from our green spaces, urban communities, and waterways. To know more about the campaign, click on earthday.org/cleanup

Also read: Why Is There A Clarion Call For Environmental Literacy?
You must be logged in to comment.