Why I Walk Out Of Class And Go On Strike, Every Single Friday

India is one of the most vulnerable countries when it comes to the effects of climate change. Longer and stronger heat waves, deadlier storms, water-shortage, droughts, and floods in parts of the country are just a few examples. Our nation is not one of those which disregards the Paris Climate Agreement by not taking any action—one among the 187 countries, India has pledged towards reducing carbon emissions through it’s Nationally Determined Contributions (NDC). But neither is it a shining example of what must be done.

Being one of the biggest players, maybe even the biggest player, in the group of developing countries, India has a special role and huge responsibilities. We should be negotiating for climate resilience on behalf of all the developing countries and small island states which will also suffer massively from the climate crisis. India should be bridging the Global North/South divide, demanding climate justice and, therefore, equitable and just contributions to solve this crisis. Obviously, those who have contributed most to greenhouse gas emissions in the past – the so called developed states – must take greater responsibility than those who are less responsible. This however does not free India from stepping up its own game and increasing its own ambitions under the Paris climate agreement, which have been very low so far.

Also read: Why COP25 Matters, And Where India Stands

Despite watching the climate crisis unfold, despite all the facts being out there, we – the young generation who will be most affected – aren’t allowed to have a say in who makes the decisions regarding climate change. Ask yourself, what would you do if you are being ignored? Wouldn’t you go on strike too, if you thought doing so could help protect your own future? That’s why I walked out of my class and started striking a few months ago. India isn’t alone here, all across the world young people are on strike because we are not the only ones who had been longing to have a voice in a political environment that have seemingly forgotten how to include young people’s perspectives into decision making.

In the current government’s manifesto for the Lok Sabha elections, under the forest and environment section, it boasted of “speed and effectiveness in issuing forest and environmental clearances”. This was a catchy euphemism for prioritising construction and industry over ecology and biodiversity. But there was no commitment towards the pressing issue of mitigation and adaptation from the climate crisis, which is already devastating life and property more frequently than it was two decades ago.

The current men in power – yes it mostly is men in our strongly patriarchal society – are creating an environment which is not safe for humans. The recent trio of reports from the Intergovernmental Panel on Climate Change (IPCC) delivered a stark and powerful warning: our lands, our oceans and all of humanity are at grave risk, if we don’t rapidly reduce greenhouse gas emissions by about 50% by 2030 to reach net zero by 2050.

Politicians now either knowingly deny informing themselves about the climate crisis is or have known the truth about it and are carelessly handing over our future to profiteers whose greed and exploitation of resources for wealth threatens our very own existence. We have seen politicians fumble, playing a political game rather than accepting the fact that the solutions we need cannot be found within the current system.

Fridays for Future (FFF) is an international movement of school students who take time off from class to participate in demonstrations to demand action to prevent further global warming and climate change specifically striking on Fridays. FFF raises awareness about the global climate crisis and urgent need to tackle it while holding world leaders and businessmen accountable for the climate crisis.

A global climate strike was organised by students on November 29. It took place at a critical moment, coinciding with the 25th Conference of Parties (COP25) in Madrid. The Paris Agreement will come into effect by 2020, which leaves the COP25 at a critical juncture for increasing ambitions, so that we can fully commit to achieving climate justice. This is necessary because even if all the current pledges which have been made under the Paris Agreement are fulfilled, we would still reach around 3°C by 2100.

Just to set a base and to remind you, the effects of a 3°C increase are horrible. The agrarian crisis will worsen due to adeverse heat waves, prolonged droughts, and flash floods. Water and food security will break down for the poor. Cities like Mumbai and Kolkata will face frequent flooding and also are under threat due to rising sea levels. A mass of land about the size of modern-day Pakistan will be barren and lost. We will be looking at a global humanitarian crisis with millions of climate refugees; people displaced from their livelihoods due to climate crisis. We may even face new wars. And if this isn’t enough, at 3°C there is the chance that future generations will not be able to stop further heating, even if they really want to.

Thanks to the internet and a few other factors we are the most empowered young generation the earth has ever seen. Now students and youth around the world are realising the grave emergency and circumstances that we are facing.

Also read: Test Yourself: How Much Do You Know About Climate Change? 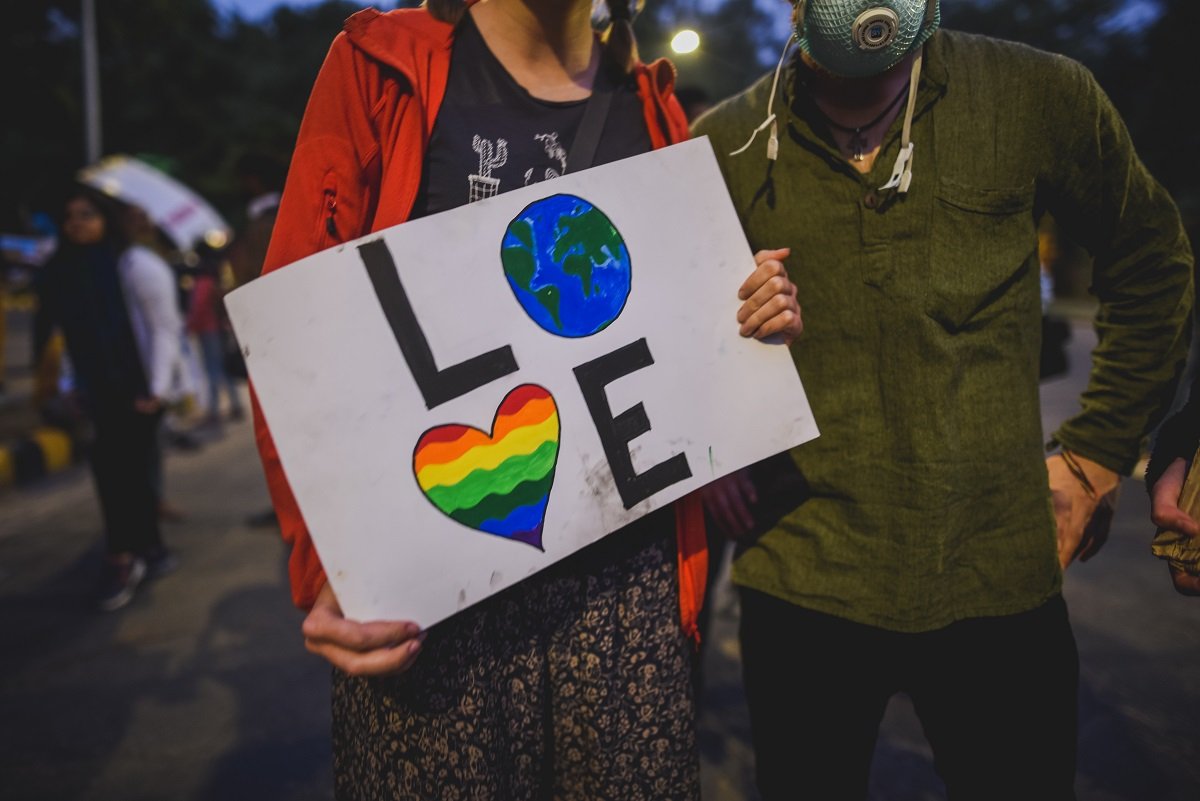 We care about our planet, our future, and all the other life-forms that exist on this beautiful planet. No one has a right over our future more than us. Thus, we must reclaim our planet, our environment, and our future—that is why we protest. We are here to stay until the necessary changes are made!