‘I Fight Because The Govt Is Playing With Our Future’: Riddhima Pandey

A 12-year-old climate change crusader, Riddhima Pandey is not just monumental in garnering awareness in society but also questioning the government’s misconduct and inaction in the climatic sphere. From demanding action from first her state government, and then at the global level, to working alongside Greta Thunberg, Riddhima’s journey of climate activism is truly inspiring.

On Day 2 of the Youth Ki Awaaz Summit 2019, Riddhima, a resident of Haridwar, shared with the audience why she’s known as ‘India’s Greta Thunberg’. She’s one of the 16 children who have taken action and filed a petition to protest government inaction on climate change at the United Nations Climate Action Summit. Following in Greta’s footsteps, she is also associated with the ‘Friday for Future’ initiative. 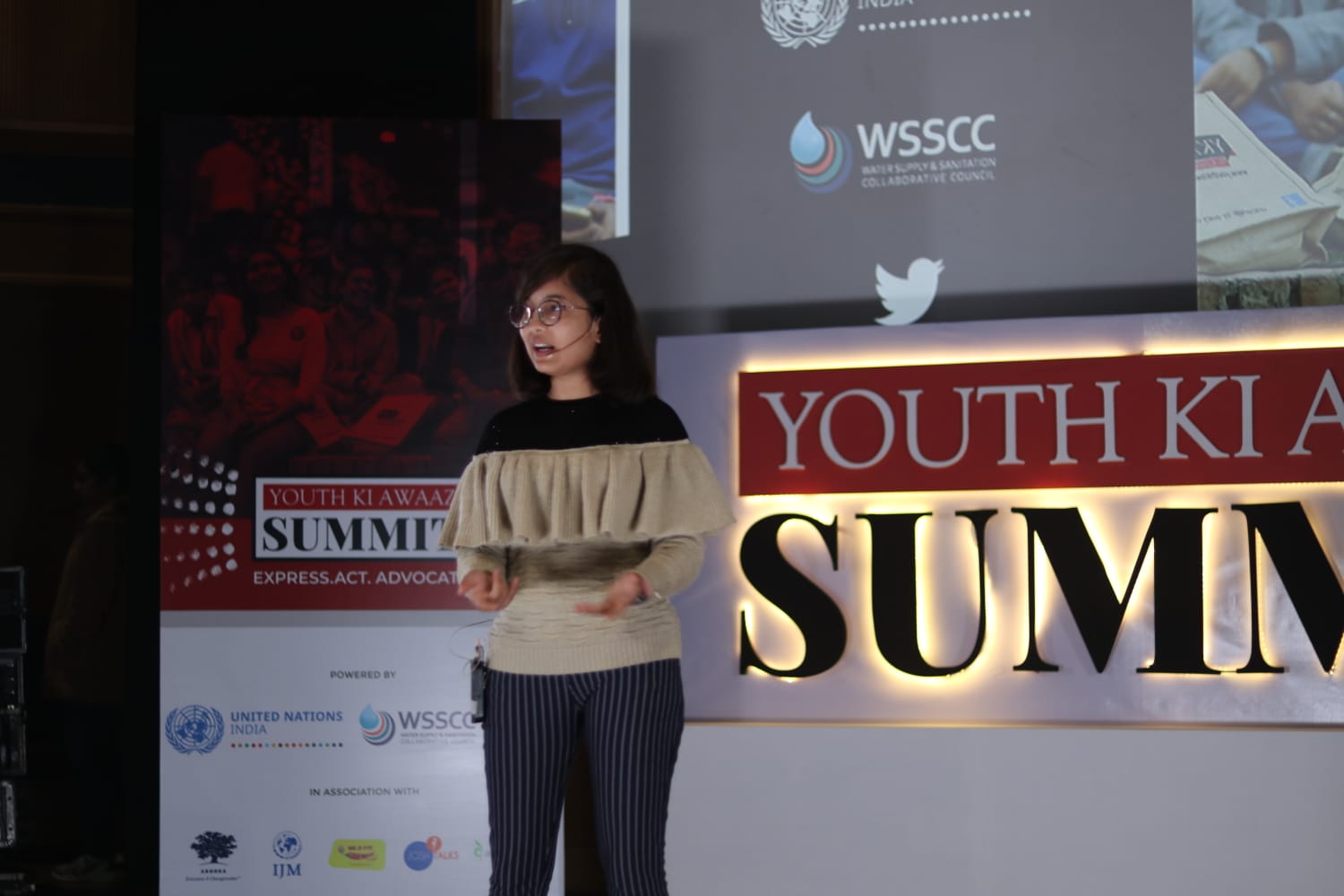 She has vehemently protested against the felling and indiscriminate cutting of trees, and she feels that the government’s ignorance of the same is a dangerous sign. In the last four years, over 94,000 trees have been felled; this is extremely critical.

Expressing her anger towards the government, Riddhima said,

“We don’t want such a development which destroys our environment. I don’t want these huge buildings; I don’t want to compete with the United States and China; I want my environment! If trees are cut relentlessly, what would happen to our future?”

As she reiterates, wells up a little and urges, “Please save our future.” She has no faith left in the government; they come and go, but none of them take any constructive step towards environment conservation. She has written letters to the Prime Minister hoping to hear back in affirmation, but all fell on deaf ears!

Talking about the ‘quick fixes’ we all seem to like at the moment, she continued,

“Why have we normalised the use of air-purifiers? Why do we need them in the first place? Because we are losing clean air and our environment at an alarming rate!” 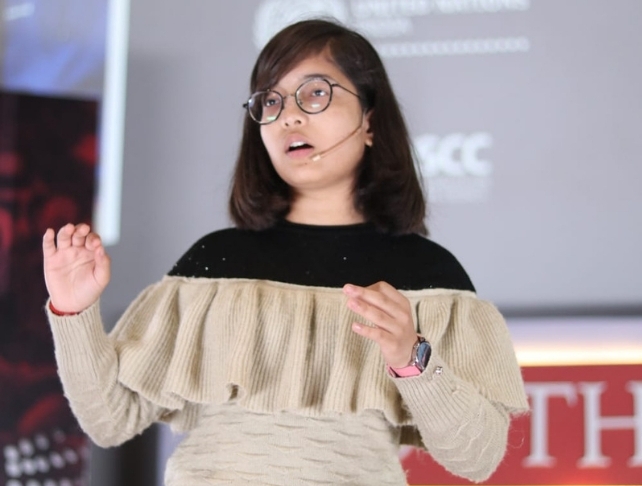 She further urged the audience not to overlook the looming danger of carbon emissions. If we look at our country’s per capita emissions, it’s not that high in comparison to our overall carbon count she explains. She presses on the need to address the grey areas in India’s carbon story: “What is the government doing to contain the emissions of India’s big polluters? The govt is playing with our future.”

“We must come forward today because, in our future, it will be us facing the nasty consequences of our political leaders’ dirty politics and not them. Tomorrow it’s the environment that will sustain us, not their ‘development’, which is rendering our country hollow.”

Also read: “India Has Not Woken Up To The Urgency Of Climate Change”: Aman Sharma