The most important thing Abraham Maslow missed out in his theory should probably be the ‘internet’. The ‘Hierarchy of Needs includes the internet too in the modern world, and is of extreme importance. Being ranked after food, clothing, and shelter for some people, it is even more important than the preceding three. 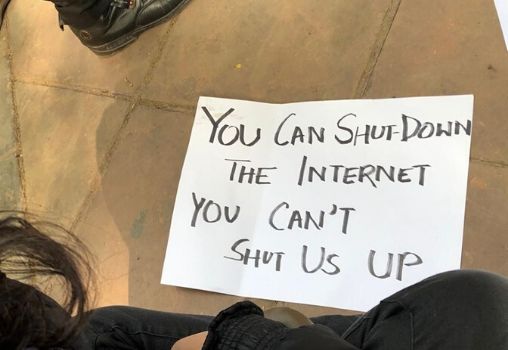 ‘Internet shutdown‘ is a term tossed up a lot in discussions these days. No one ever thought of such a term when the internet came into existence, but, as of now, it is really common, especially to Indians. As of now, internet shutdowns are as common as EDM parties in the Indian subcontinent!

When the state becomes vulnerable to criticism, and fears being attacked by the same, an internet shutdown is the option left for them to curb the voices of the people. Internet shutdowns are now proving to be the government’s first line of defense.

Moreover, it is no wonder that the state often claims that, the same is necessary for maintaining peace and stability in the country as well as to curb terrorist activities. It is no rocket science to understand the motives behind internet shutdowns.

Also read: No Internet, Schools Or Functional Businesses: Is This The New ‘Normal’ For Kashmir?

In 2018, India showed a remarkable increase in the number of shutdowns, as there were around 134 internet shutdowns during the year. In 2018, shutdowns in India constituted 67% of the world’s total internet shutdowns. As 0f 2019, 93 shutdowns have been reported till December 15, which affected 67 areas. Jammu and Kashmir tops the list of states in internet shutdowns followed by Rajasthan, Assam, Uttar Pradesh, and West Bengal. India now stands atop as the “Internet Shutdown Capital” of the world. 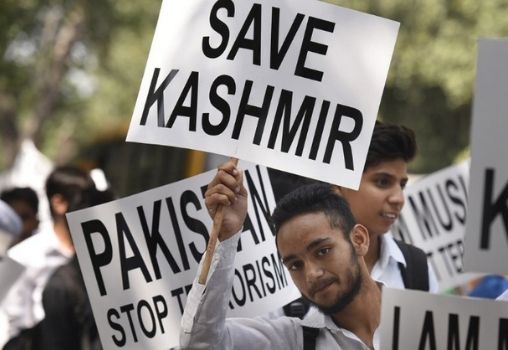 The internet shutdowns are not only an axe on the freedom of expression but also have a disastrous, lasting impact on the business and economy at large. As per data released by the Council for Research on International Economic Relations (ICRIER), in the years between 2012 and 2017, India lost around USD 3 billion due to mobile internet and broadband shutdowns.

According to the Kashmir Chamber of Commerce and Industry (KCCI), the economy of Kashmir has been badly affected with estimated losses of around ₹15,000crore (USD 150 billion). These losses were recorded for the period spanning the last four months, since there has been a clampdown in Jammu and Kashmir.

Also read: ‘We Don’t Hear Much From Kashmir Now Because People There Can’t Speak Anymore’

A few days back, BBC put out a news report that said, “Longer internet blackouts like this have occurred only in countries like China and Myanmar, not democracies like India”. This statement was with reference to the internet shutdown in the Kashmir valley.

These numbers are horrifying and well depict the unrest sustaining across the country. The way people have accepted shutdowns, is a reasonable proof of Eleutherophobia. When the masses are foolish enough to accept whatever the state serves, this is the phase wherein the democracy is getting converted into ‘demo-crazy’.

The oppressed are equally guilty as the oppressors are, and to be silent is to stand by the side of the criminals. Even the capital of the country could not spare itself from an internet shutdown during the protests against the Citizenship Amendment Act (CAA) and the National Register of Citizenship (NRC).

Kashmir and Assam stood to be the most affected and underlined areas. Benjamin Franklin rightly said, “The democracy is two wolves and a lamb voting on what to have for lunch.”

Also read: “I Write This 15 Mins Before The Internet Shutdown In My State Assam”