Opinion: Are Internet Shutdowns The Only Way The Govt Can Deal With Misinformation?

By lalit kirola in Politics

Internet shutdowns have become the first line of defense, of the authorities, to deal with the misinformation and fake news, during protests, that spread through social media platforms, which, later on, can result in violent protests.

But, it has led to the suffering of the majority of people who don’t participate in such protests. As we live in a digital age, and every sector is dependent on the internet one way or the other, it’s very hard to imagine doing business without the internet. A media report said that telecom companies are losing ₹24.5 million per hour during internet shutdowns.

And, it’s not only about the telecom sector, as most businesses are done online, like ticketing, taxi booking, banking services, and more. Now, you can imagine where our country’s growth will go in such circumstances. It will not be surprising, at the end of the year, to see our declined GDP growth.

Then, what is the way out? 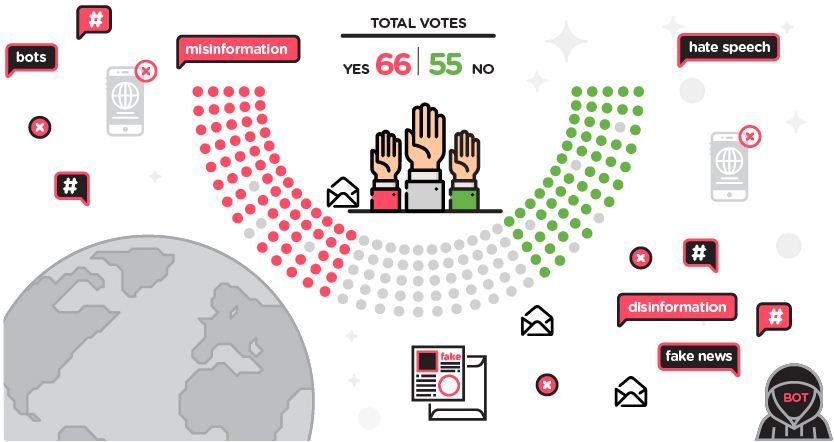 We need to act in a strong manner towards these social media companies like Facebook, Twitter, Whatsapp, Instagram, and others, to curb any hate speech, videos, photos, or posts that might instigate violence and threaten the internal security of the country. With billions of users in India alone, these companies haven’t, as yet, set up a data center in our country or st up an authority who we can contact when any such situations occur.

Also read: ‘We Don’t Hear Much From Kashmir Now Because People There Can’t Speak Anymore’

With around 200 million monthly active users, India is currently WhatsApp’s biggest market. Over the last year, more than 30 deaths have been linked to rumors circulated through the messaging app. In June 2018, eight people were killed after rumors spread through the app about alleged child kidnappers.

It is said to be the medium that is mostly responsible for spreading fake news, but it hasn’t opened an office in India yet. We need to make them realise their responsibility, and we cannot let them get away easily with this. After all, their business is dependent on us. Whatever technological advancement needed for it must be done by the company, and it should be their prime responsibility.

As per an IANS report, around 5,000 Pak social media handles were identified by the Indian security and intelligence agencies, as “spreading fake news and false propaganda.”

It’s clear that we are fighting an ‘information war‘ where you have to counter negativity in a fast manner. Then why does our country have no nationalised IT cell that can deal with this? It’s not that it would demand huge investments. If the Bharatiya Janata Party and other political parties can spend crores of Rupees on their own IT cells for campaigns, then why not also just make one at a national level for the country?

Seeing the losses to the economy from the internet shutdowns, the government needs to make strong laws to deal with those who spread misinformation. A media literacy campaign is needed to make people realise the effects of fake news, which is being done by countries like Australia, Belgium, Canada, Netherlands, Nigeria, Singapore, and other countries.

Also read: No Internet, Schools Or Functional Businesses: Is This The New ‘Normal’ For Kashmir?

Last year, the European Union (EU) put together a commission, comprising of experts from around the globe, who, over a week-long conference gave a detailed report to the union on how they can deal with the misinformation. But we, in India, are silent spectators, our government knows only to shut down the internet. It is the need of the hour to act in a strong manner to deal with this.

I hope we see some developments in this regard, in terms of enacting laws, research, and technological advancements.