“I Could See The Rage In The Eyes Of The Men In Uniform.”

By Aman Pandey in News, Politics

After reaching the university at five in the evening, my classmates greeted me by handing a placard to me to write a slogan against violence. We were, at that point, obviously unaware of the brutal force that we were to be subjected to by the Delhi Police, later that night.

After the tear gas attacks got more intense, we headed to the Central Library for shelter. The shells were now thrown inside the campus. We were scared, but also certain that the police won’t come inside. We were wrong, Jamia’s safety was compromised. 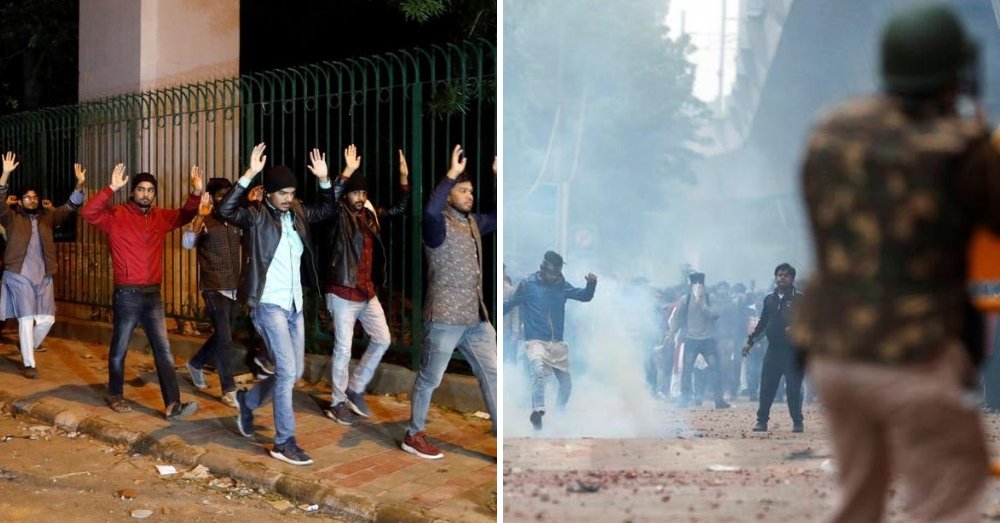 We all were in tears, some because of the gas, some out of sheer fear for their lives. Unsure of anything, we formed a human chain to go out, but then decided to get inside the library. They (the police) got in there as well, and attacked whoever they could get their hands on.

All illusions of safe spaces were shattered. Chased by the police, I entered the Mosque gate. There was an announcement from the Mosque requesting the police to stop, and for the students to go home. On the other side, there was another gate, and I was safely out, but still not fine. 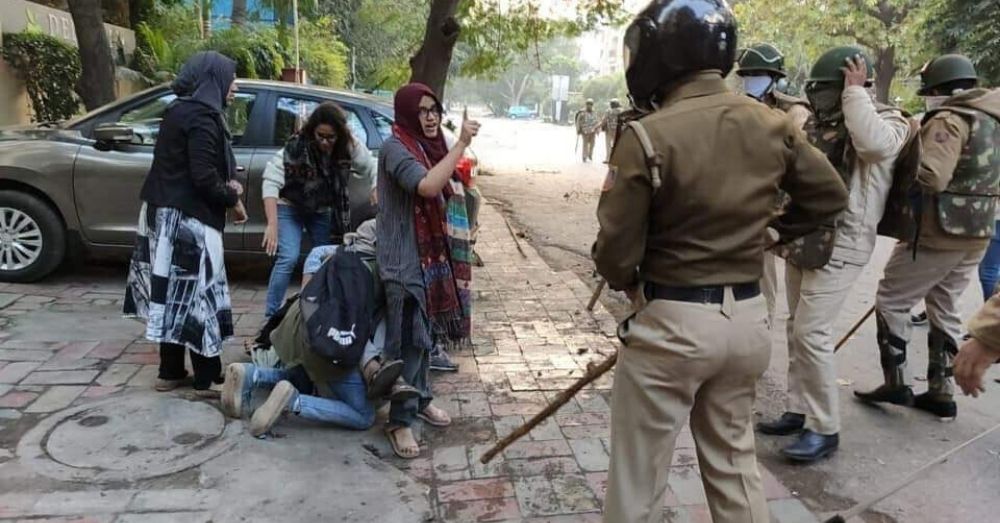 My friends were still trapped, some in the library, others in a washroom. They could see the rage in the eyes of the men in uniform. A friend was detained, others were beaten up and humiliated. All of us are traumatised for life, and wondering what we did to deserve this.

Also read: Not Just Jamia, Here Are Students From 10 Other Cities Standing Up To The CAA

A bus was burnt in Julena, which is some distance away from the campus. The police had no business getting inside the campus and carrying this sadistic exercise of power on unarmed students. While reporting the ‘devils’, the ‘angels’ must be acknowledged as well.

Our professors were constantly in touch with us, and gave us the much-required courage and guidance to struggle through the long night. We have been rescued and are safe, at least physically. The detained friend has been released, but this trauma will remain in our minds.

We will remember, we want to. The movement will not stop.

The author is an MA Convergent Journalism student at Jamia Millia Islamia.