Jharkhand Polls: Is This The Beginning Of The End Of The Modi Era?

By ASHUTOSH RABINDRA in Politics

Can we call it the beginning of the end of Modi’s era? Not only did the BJP lose the election, but, the then-CM Raghubar Das lost his seat to arch-rival Saryu Rai. This election was held just at the time of the upheaval around the Citizenship Amendment Act (CAA), and the Adivasi-majority state has sent a loud and clear message, that they don’t buy this hate politics. 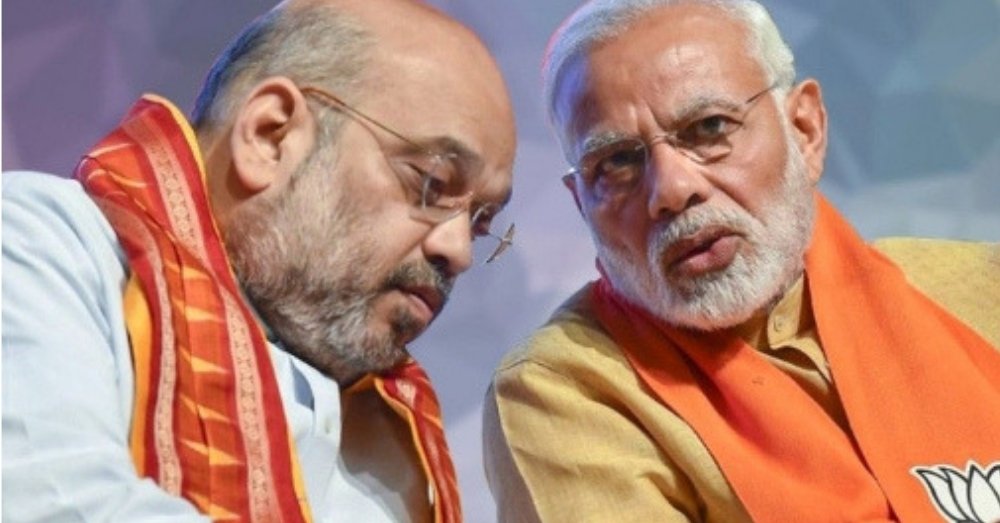 Till the election result, BJP was boasting that, in 14 years, this government is the first to rule for the full tenure. But, it forgot that mere completing the tenure is not sufficient. PM Modi’s card of placing a puppet non-Adivasi CM in a state like Jharkhand has cost them heavily. The leader Babu Lal Marandi was probably sidelined by the BJP because of his stand and local hold, which might have threatened the BJP.

During the BJP tenure, many reports of extortion came up, from people who were building their houses in the state. But, the BJP-led government took it lightly as it probably thought that issues like Hindu-Muslim ‘divide’, Pulwama, the CAA, NRC, Ayodhya, and Triple talaq will help them and they need not refer the core issues. Not to forget that many cases of lynching were reported in Jharkhand, including the murder of Tabrez Ansari.

In the total 5 years of their tenure, BJP ruled the government’s apathy towards the youth can be understood from the fact that in these 5 years not a single JPSC exam took place. Tension at the border or in the society doesn’t feed the poor for that one needs job and money.

The BJP rule was no different from other state governments which were considered a failure in Jharkhand. Not a single step was taken regarding the water crisis, one of the main problems of Jharkhand, the unemployment issue, the hooliganism of cow vigilantes, mob lynching, law and order issues, and corruption were at the peak during CM Das’s tenure.

Also read: From Abrogation Of Article 370 To CAA, Here Are 5 Controversial Acts Passed In 2019

In the recent assembly elections, the message is very clear for BJP, that now, people have the least interest in their hate politics and they are more concerned about jobs, the economy, prices rise, and basic needs of life. I feel that the one main reason that Narendra Modi is PM of India for a second term lies in the fact that he was not elected because of his works, but because of weak opposition, and the people who considered religious issues more important than core issues.

We know of Adolf Hitler, who was known for his propaganda. But, we should also remember that his populism, because of propaganda, was very short-lived, in the same way, that the BJP’s propaganda has been exposed, and now people want to ask about the main issues, and expect the government to address them.

BJP has lost five states in the last 12 months, namely, Maharashtra, Chhattisgarh, Rajasthan, Madhya Pradesh, and Jharkhand.
How BJP is continuing in Haryana and Karnataka is also known to all.

In the current scenario, it is clear that BJP’s policy of ignoring their allies and showing arrogance has only harmed it, and the people don’t need cow vigilante groups and the cultivation of religious hate. Rather, they need a welfare state. Under Raghbar Das there more than 20 lynching deaths occurred in Jharkhand, in the last two years only. At least 11 of these victims were Muslims, most of whom were targeted by cow vigilante groups.

Also, despite the continuous effort by the BJP to use Narendra Modi’s name and attack the weak opposition, the people have differentiated between the assembly election and the center’s election. This is the reason why, in Delhi too, CM Arvind Kejriwal looks very confident, and the BJP seems to be quite nervous.

Whether it is Bihar or Jharkhand, or earlier in Jammu and Kashmir, BJP leaders always show their arrogance to their allies and try to dominate them. In Bihar, BJP leaders like Giriraj Singh would attack CM Nitish regularly and try to sideline him, what happened with Mehbooba Mufti also known to all, and today’s result is the effect of all this.

Also read: Is This The Comeback Of The Politics Of “Jal-Jangal-Jameen” In Jharkhand?

In the BJP rally in Jharkhand, we heard Amit Shah make a promise that the construction of the Ram Mandir will start within 4 months. But, he forgot that in a state like Jharkhand, which deals with issues like crime, corruption, and unemployment, the people would like to hear something about good governance, and not about divisive politics.

Saryu Rai, who defeated Raghubar Das, was also in BJP but, because of the arrogance of Das and being sidelined by the party, Rai left the party and won against Das as an independent candidate.

Former CM Das committed a big mistake by underestimating Saryu Rai, and he should have remembered that it was Rai who exposed fodder scam in Bihar, wrote a book about Madhu Koda’s mischief and worked for the conservation of the Damodar river.

So, it is high-time BJP tries to rise above hate politics and work for the need of society. Otherwise, by the 2024 Lok Sabha election, they will lose in almost all the state assemblies, because for how long will they be able to sell their propaganda or Modi’s face without a single example of constructive work?