National Farmer’s Day: This Marginal Farmer Made A Killing Despite A Long Latur Drought

By Ruchira Roy in Environment, Society

So, how did Balasaheb Yadav made ₹4 lakh by growing a single crop in less than a year with input cost of ₹40,000? Clue: it wasn’t sugarcane.

RTI data reveals that about 15,000 farmers have killed themselves in the last six years in Maharashtra alone. Crop failures, wrecked rainfall patterns and dry spells, debt pile, illnesses, financial and social pressure, and alcoholism along with a ubiquitous lack of hope, may have been the heartbreaking triggers behind the spate of suicides. But this National Farmer’s Day, we find a glimmer of hope in farmers like the 36-year-old Balasaheb Yadav, a marginal farmer with four acres of land on whom the fortune smiled once he decided to make a bold decision. 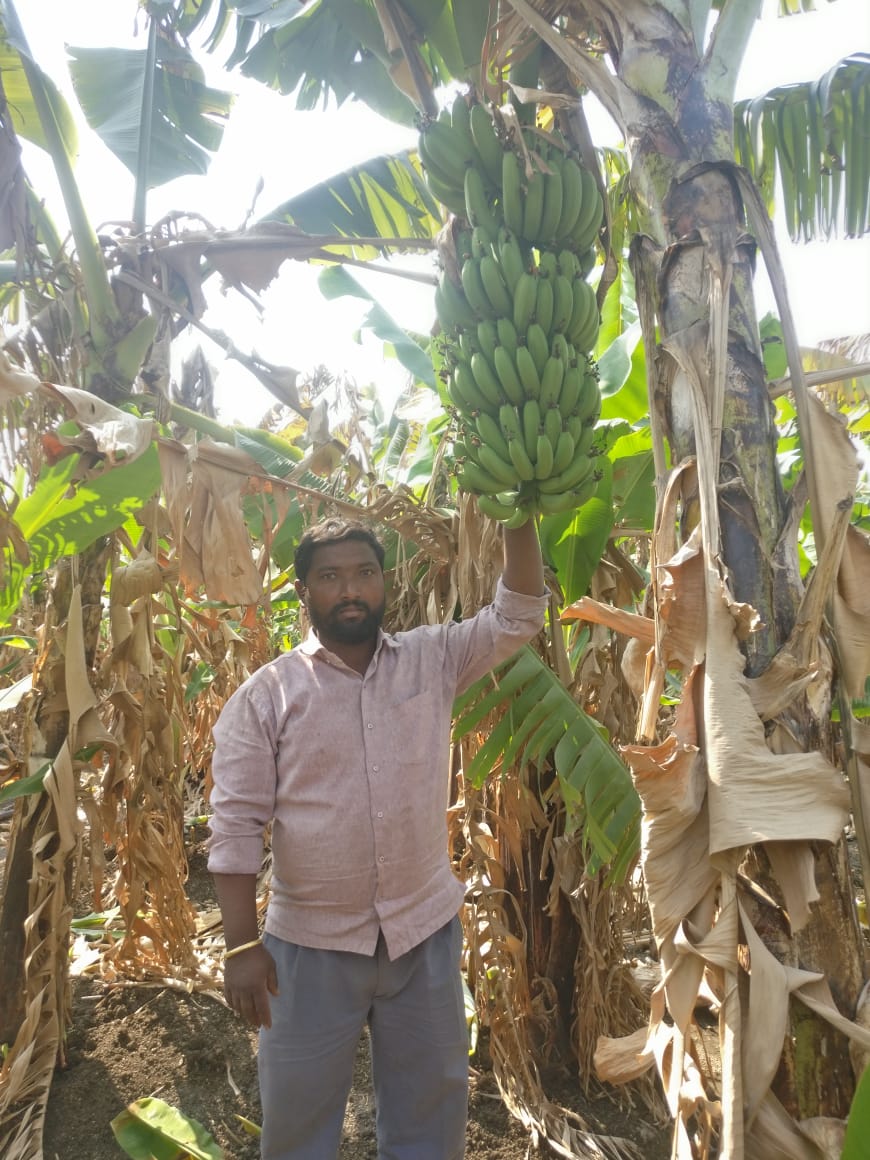 Balasaheb Yadav, along with his brother, worked at a petrol pump in Latur city, traveling for an hour from their home, all for a measly ₹1000 a month, DESPITE being owners of four acres of land in Latur district’s Jewali village.

Last year was particularly bad for Latur farmers with inordinate delays in the arrival of monsoons, even as other parts of the state jostled with flooding and water clogging. In the last few years, there has been a focused effort by civil society, NGOs, environmental organizations and social activists to support the agricultural community in coming up with sustainable solutions on multiple fronts—making more water available for farming and introducing and training farmers in drought or flood-resistant cropping patterns and an increasing impetus on using non-chemical or natural inputs that can be made at home from domestically available ingredients at near-zero cost.

Under one such initiative being run by The Art of Living and donor organizations called ‘Integrated Natural Resource Management’ in the summers of 2017, Balasaheb Yadav took training in natural farming and drought-resistant farming techniques. This was particularly useful in a place like Latur which is very often faced with dry spells or delays in monsoons because of its location on the leeward side of mountains. The clouds carrying moisture are often dispersed on the windward side, before reaching the leeward side, leaving it dry.

When we delve deeper into the causes of farmers’ distress, one finds a dark and dangerous myth that has been perpetuated among farmers for years: use of chemicals increase yield. What nobody told them further is the nutritional degradation and the permanent nature of the impact these chemicals had on the fertility of the soil, forcing farmers to increase the use of chemical fertilizers and pesticides incrementally. Pesticides affected the produce as much as the health of the farmers who were the first line of consumers themselves, apart from affecting the health of ultimate buyers.

Before Yadav was trained with ideas and techniques to practice farming without the use of chemicals, his input costs would considerably eat into the price he fetched for his produce. For produce worth ₹70,000, his inputs costs were in the tune of ₹35,000. Also, he had a family of six to take care of, a huge amount of loan to repay for the bore well he built through the government scheme, adding to his financial instability. 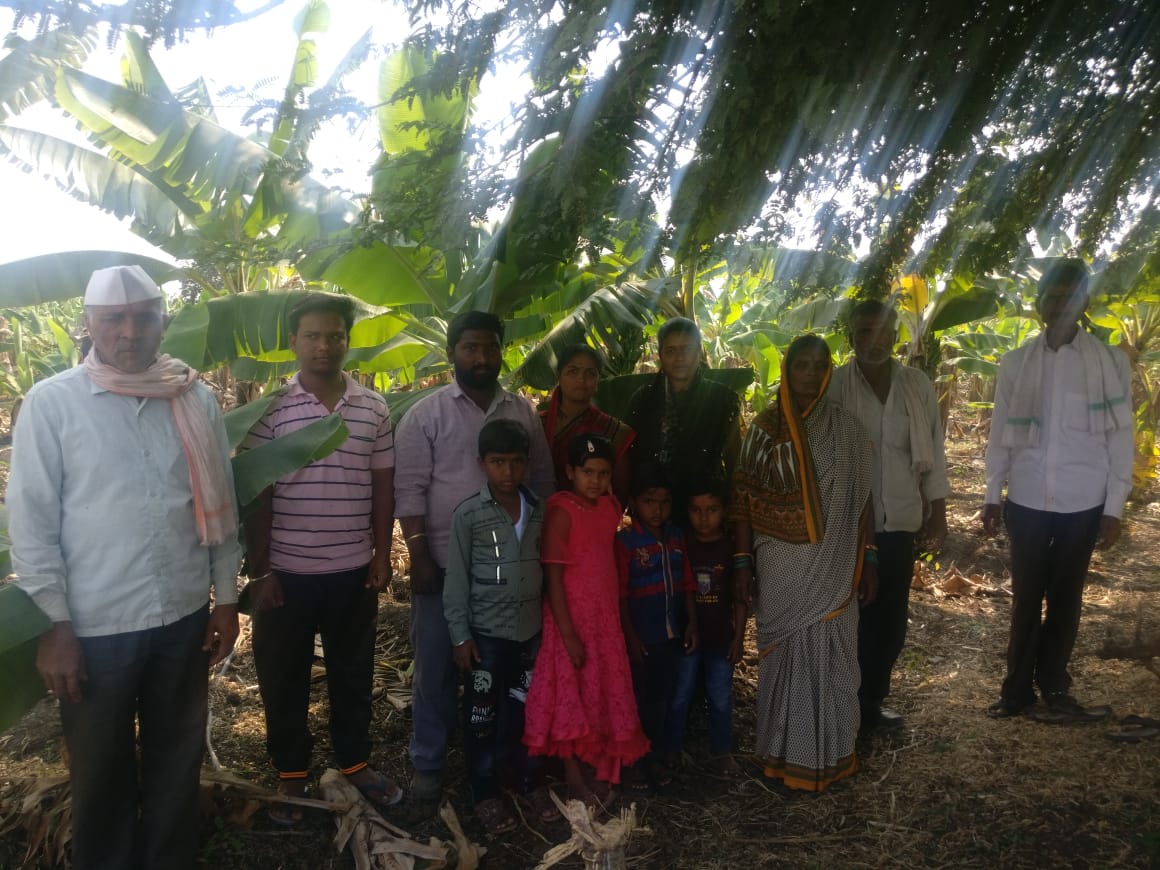 The Art of Living, which has been working with farmers in Latur district for the last seven years, trained Balasaheb Yadav in making inputs at zero cost at home to drastically cut down on the input costs first. These included all the natural inputs for farming at home like bio enzymes, biofertilizers (made from cow dung and urine) and vermicompost. Along with this, Yadav was also trained extensively in mixed cropping techniques to diversify the climatic risks in cropping, so that he could grow chana, soybean and vegetables after the intervention by The Art of Living.

Armed with the education in mixed cropping, in 2017, Yadav took up banana in once acre of land with drip irrigation with the idea of efficiently producing more crop per drop, while other farmers still grew sugarcane, a rather water-intensive crop. He has adopted water and soil conservation techniques.

“In 2018, I implemented it in my banana plantation, developed using drip irrigation and chemical-free farming. The market price was ₹10-12 for others, while bananas from my farms were selling for ₹40. The customers were impressed with the quality and taste. It stayed edible even after for 3-4 days of purchase,” says Yadav.

“I made ₹4 lacs in my four acres of land, and all the bananas were sold via order. My input cost was under ₹40,000. Later, I planted cucumber and reaped ₹40,000 over 15 gunthas cultivated. There is not even a rupee of external cost involved here,” Yadav shares.

The Art of Living has helped him and 15 other farmers tie-up with a major oil mill in the area, which has agreed to purchase their produce directly for the next three years, while farmers earn a successful certification in the process, for which they would have to shell out a lot of money and time otherwise. Certification gives a boost to their efforts and gives them much-needed credibility required.

Balasaheb’s mother says, “We had bigger loans than profits earlier from the land. I used to work as a labourer in other’s farms, but that was not enough. After practising chemical-free farming and cutting down on inputs, we had more profit margins for the last two years, we have been able to pay off our loan as there are no expenses. Nobody has fallen ill in my house after we have started eating naturally grown food.” 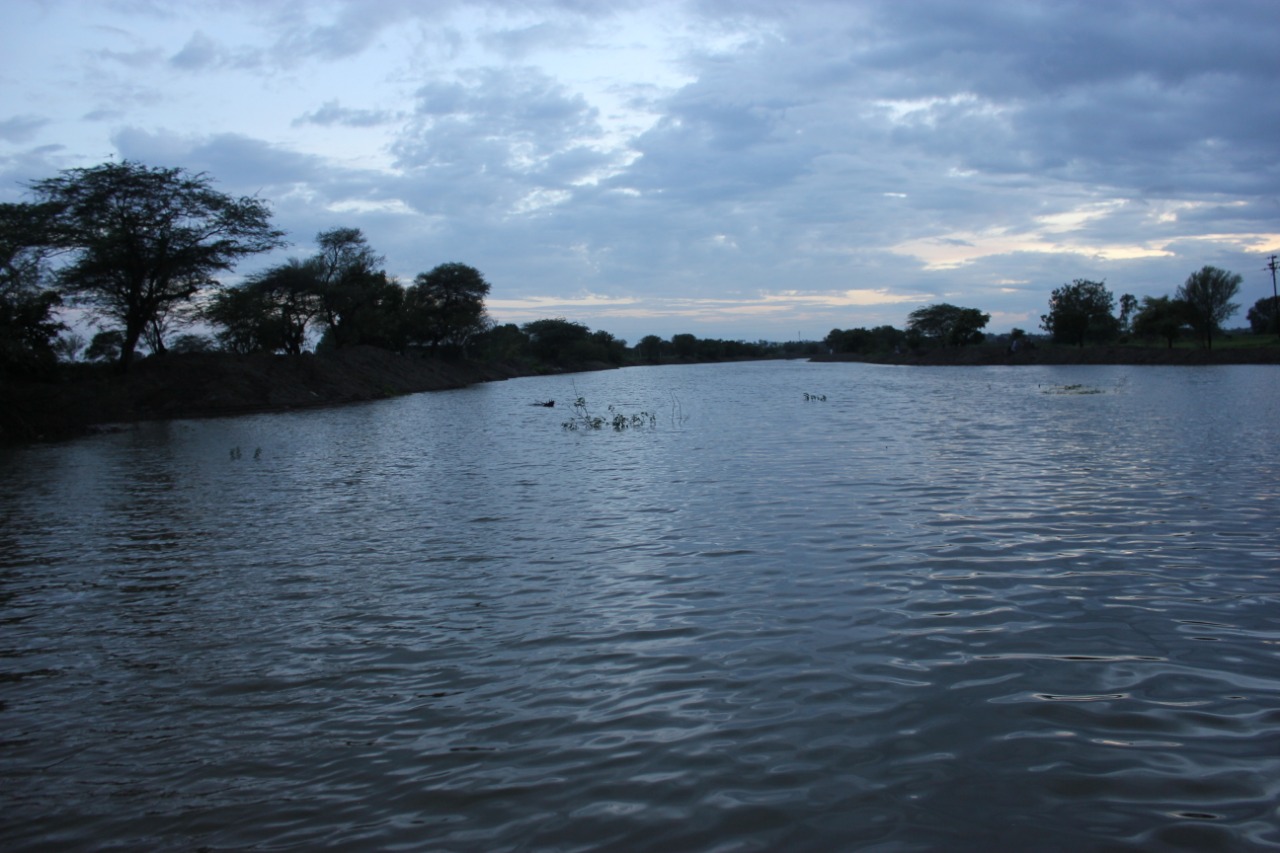 The Manjara River Rejuvenation Project of The Art of Living has also brought backwater to the community, opening up doors for more farmers to now grow cash crops too. Balasaheb decided to invest in bore well to secure irrigation while working on reducing irrigation water demand as well. “I have no water issues; my bore wells and wells are all full. The water level has risen, especially after the project. The river is just a kilometre away, and the benefits are there for everyone to see. What better service can there be for the farmers than providing all these tools to them,” he shares.

Also read: Why Should Farmers Bear The Burden Of The Climate Mess We Created?