‘We Need On-Ground Facility For The Disabled Not Sloganeering’ : Shams Aalam

Mohammad Shams Aalam Shaikh, popularly known as Shams Aalam, is sure to rekindle the imagination of Persons with Disabilities (PWDs) by infusing confidence in them with his inspiring 10-minute talk at 2019 Youth Ki Awaaz Summit held last weekend. 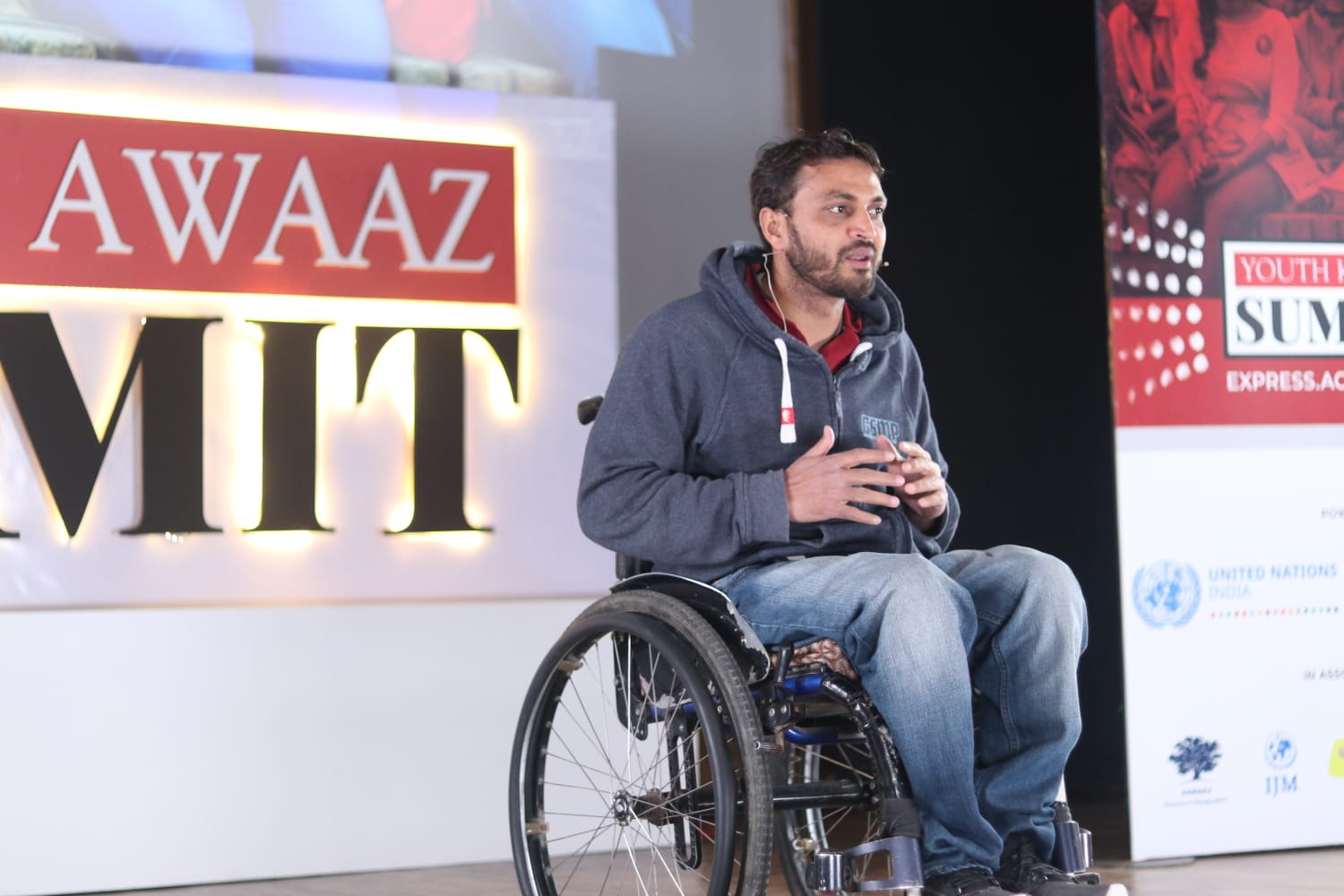 Beginning his address by taking his audience in confidence by being truthful of his cluelessness of what to say in front of them, he said, “Thanks for being cheerful, I was waiting all this while thinking what would I say.” But if you ask anyone who listened to this fastest-Ganges-river swimmer—2 km in 12 minutes—and a World-Record-Academy holder, they would say that he’s just being modest.

Hailing from Madhubani, Bihar, Shams Aalam completed his mechanical engineering from Mumbai, where he currently stays. During his talk, he mentioned that till 2010, he had 40 medals in his kitty– he’s been active in sports from early on, participating in Karate and representing his school, university and state in various events, besides representing India in international events.

While such achievements are worth celebrating for, there’s something that jolted and left him shaken the same year; he found that there’s a lump in his back. “I got operated,” he recollects the memory and shares with the audience candidly, “and did what the doctor said and believed in him when he said that I’d be fine within next 10 to 15 days. We’re educated folks, aren’t we? And we believe in doctors. Only if I wouldn’t have, I’d be standing on my legs.” It’s heartbreaking to hear that and reminder of a crude fact that even in modern times our lifesavers’ carelessness can rip our whole life apart.

The statement you’re expecting is probably this: “But it’s far from stopping Shams Aalam in achieving his dream.” It’s not a typical story. Shams Aalam was modest enough to tell the audience that that’s not when he decided, being on a wheelchair, that he’ll again engage in sports and chose swimming out of the will. He did it because he didn’t have enough to pay the physiotherapist, who, in turn, advised him to do swimming as this will help him with exercise too. In order to avoid shelling a lot of money on physiotherapy, he started swimming. And that’s how we got our para-athlete icon.

Are We Doing Enough For PwDs? 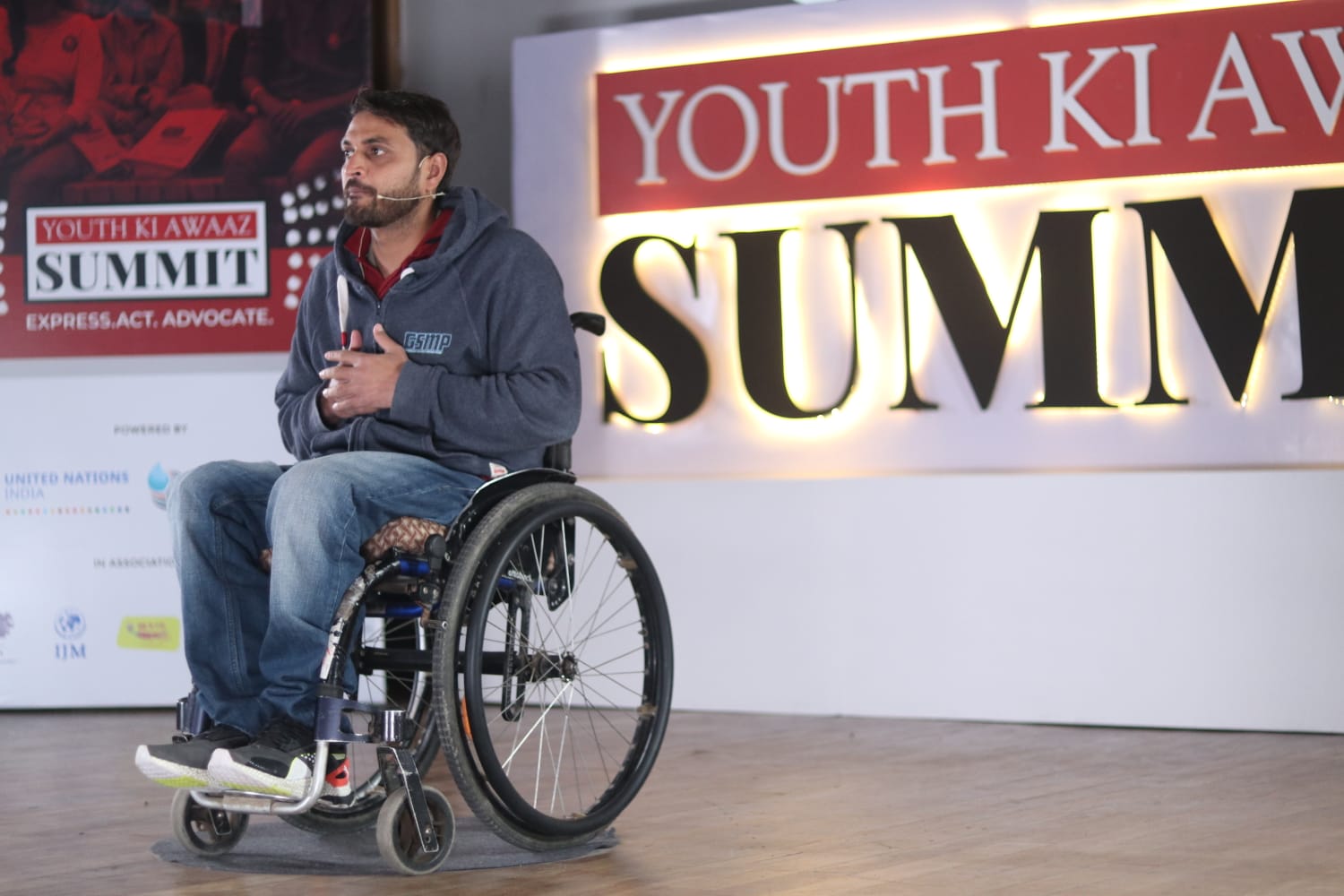 Shams, taking his U.S. trip as an example, shared with the audience what’s the difference between the treatment of para-athletes in the U.S. and India. He says, “I was one of 17 people who were selected by the U.S. Department of State Global Mentoring Program. When I went there, I noticed the talent-selection system of U.S. People from all ages were present at the National Wheelchair Basketball Association (NWBA), and as many as 956 to precise wheelchair users.”

Wondering what so many people were doing there, he inquired one of the officials who told him
that each one of them is interested in participating. A screening process is going on to select the best of the lot who’ll be representing the U.S. It’s not an out of the blue procedure now, is it? But the very presence of so many people was a testimony of the fact that people knew that there exists a platform and that no effort will go unnoticed. He felt that missing in India. A platform for PwDs.

Shams reminded the audience that when India won four medals in the 2016 Rio Paralympics—our
country’s best performance so far—the sports minister announced that there would be an international center that’ll be built in 2017 for para-athletes. Mockingly, Shams Aalam says, “It’s 2019. And recently, I heard the sports minister announcing this again.” The audience laughed.

It reminded me of a chapter from Josy Joseph’s book A Feast of Vultures where when someone from Bihar reported to an inspector that there’s no road, as promised, in his village. He told the inspector
that work was supposed to begin and there’s huge money allotted for this as well. The inspector
rubbished the complainant and produced a file and showed him that the road exists in his file. That must be there. Some things in India exist in files, but not in reality.

Shams Aalam was not far behind in giving us another reality check. He says that we have all sorts of slogans like “Khelo India” etc. However, he says, “all this sloganeering is good, but there’s nothing on grounds for para-athletes. We can continue doing sloganeering, but we need to implement what we say.” Leaving everyone with hope, he said that he feels if he can cross the sea, then people like him, with little incentives, can also achieve significant feats. But I find that such conviction is rare in most of us. Those who have it are the Shams Aalams of their field!