Know Your Rights: Is ‘NOC’ Required To Change Your Lawyer?

By PREM MARDI in Governance

Changing a lawyer is not an absolute right. Whenever you’re hiring a lawyer then you sign a Vakalatnama, the document that gives your lawyer the right to represent your case before the court, including other rights like to right to settle, withdraw or execute. But when you wish to change the lawyer, then, a ‘no-objection certificate’ (NOC) will be asked to hire a new lawyer. 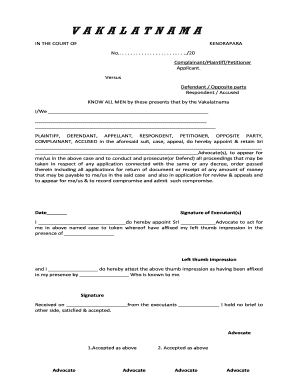 Presently, it’s only Delhi where the practice of NOC is not prevalent, but in all other courts, it’s there, even the Supreme Court (SC). The practice for asking for a NOC is arbitrary under Article 22(1) of the Constitution of India. (It guarantees every person the right to consult and be defended by any legal practitioner of their choice.) A litigant must be free to change their advocate in case they are not able to pay the fees. In case the advocate is not efficiently espousing their cause, a litigant can change their advocate even without assigning any reason. It’s a litigant’s right to defend themselves also.

A Vakalatnama is not an irrevocable thing, and, therefore, it can be terminated anytime even without assigning any reason. And if the Advocate has any claim or grievances against their client they can pursue the appropriate forum. The Vakalatnama doesn’t give the right to advocate to cause hindrance with the fundamental rights of his/her/their client.

The honourable Supreme Court in the R.D. Saxena vs. Balram Prasad, judgment dated 22.08.2000, observed that the litigant has a choice to advocate and that it’s absolute and doesn’t depend on any other law. A Division Bench of Karnataka High Court in Sri C.V. Sudhindra and Ors vs.M/s Divine Light School for blind & Ors [ILR 2008 KAR 3983]  held that Vakalatnama is not irrevocable Vakalatnama, same was confirmed in the Karnataka Power Transmission Corporation vs. M. Rajeshekar and Ors, Misc First Appeal  No. 6526/2013.

But it seems like the same finding of the honourable courts, in the cases mentioned above, will take a lifetime to be implemented across High Courts, District Courts and quasi-judicial bodies in the country. Nevertheless, the litigant hesitates to approach the lawyer and it further brings unhealthy competition among lawyers as well.