Why Does The BJP Want To Crush The Logical Indian Youth?

The barbaric incident of Jamia, where students were beaten like dreaded criminals is not only shameful but also shows the mindset of BJP.

The leaders of BJP wants the youth to do only two things, one – to sell pakodas and two – to participate in their hate politics, other than that, whosoever wants to raise voice or think freely is crushed.

The attack on Jamia University shows the apathy of the government towards its youth who are the future of our country.

Whether it be AMU or Jamia, whatever police did is highly objectionable and there should be action against them. There are videos in which police are seen attacking peaceful protesters, smashing bikes and acting like goons. 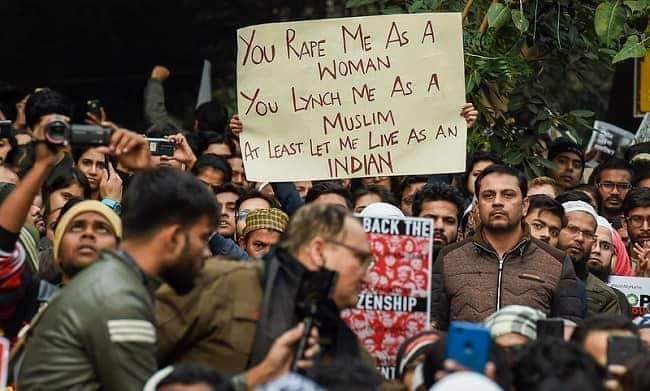 The work of the police is to maintain law and order and not to create a law and order issue, they are for the people and not for the role of goons of a political party. How police entered the college premises and attacked the students was barbaric and many laws were broken. Without permission, police entered the Jamia premises, used bullets (of rubber) and other dreaded things like tear gas which badly affected the students. Some students were severely hurt, and the apathy of the Jamia administration is such that the VC has not even visited student admitted to hospital.

This threat politics with students started by BJP with JNU, and now it has become their habit to beat the students, humiliate those who dare to raise their voice, use draconian law and brand a student as anti-national.

The tweet of Prof Rakesh Sinha, MP stating that “It is not India of 1946 but 2019” and Nirmala Sitaraman’s statement on the police action against students of Jamia Millia Islamia and Aligarh Muslim University that left at least 300 injured, that citizens should be wary of “jihadists, Maoists and separatists getting into student activism,” don’t seems to carry the responsibility of senior leaders of our country, it seems that their message carries a hidden threat to students.

Our PM who has time to cry about and speak on every non-serious issue has no time to address these important issues and take corrective measures.

No one from the government has asked even once how the police entered campus without permission, how they dared to enter women’s hostel, no one demanded any action against the guilty policemen, why the police used such a brutal way to counter-protest, how three buses were burned in spite of police presence, and what about unconfirmed videos which raises question on the role of police while the buses were torched?

Eyewitnesses and passersby of New Friends Colony have an entirely different story of their ordeal, very much against the police’s theory.

Also, the same situation came to light from Assam, Tripura, West Bengal, UP and Bihar, etc. where the police used excessive force against the silent protestors but the suspension of the internet as well as curfew helped the state to cover up the issues.

Are we living in a police state or in a dictatorship? Even benevolent dictatorship would have been better than this situation. The case of Hugo Chavez and Venezuela’s Nicolas Maduro is a very good example in the current situation.

The saffron party wants to cultivate hate and eat the fruit. India is not a Hindu Rashtra but, strangely, people are failing to understand this.

Muslims and Hindus both should remember that it is their Muslim neighbour or a Hindu doctor who will help them in the case of any crisis and emergency and PM Modi will not come at their door to help them.

Also Read: Not Just Jamia, Here Are Students From 10 Other Cities Standing Up To The CAA

It’s high time when people should firmly stand peacefully and legally against the state atrocities, otherwise the beating of students, infringement of human rights, suspension of the internet will become a daily feature on every small issue which this government will want to implement.