#BhaiForBehen: Yet Another Imposition Of Male Entitlement On The ‘Distressed Damsel’?

By Snehal Wankhede in Masculinity, Sexism And Patriarchy

I saw a campaign/activist trend on Facebook called “#BhaiForBehen” where men were posting messages with their number, and the campaign purports to help anyone, old or young, facing problems with transportation at night, or in case she’s not feeling safe and is stranded.

“You can call me anytime, 24/7. Just call and say I need your help, I’ll be there. If due to some reason I’m not available I’ll send someone whom you can trust,” the campaign assured.

My question is, why do these people think that we are some kind of project, and men have to rise to the occasion to help us, to protect us? Men posting this status, I ask you this, do you even realise that this is the problem with our society? You always want us to be dependent on some ‘Bhai’ for help. The one thing which has been most dangerous for us, as women, has been your entitlement.

Also read: Can We Treat Encounters As An End-All Solution To End The Rape Crisis?

So let me quote my personal experience here happened just 15 days back. 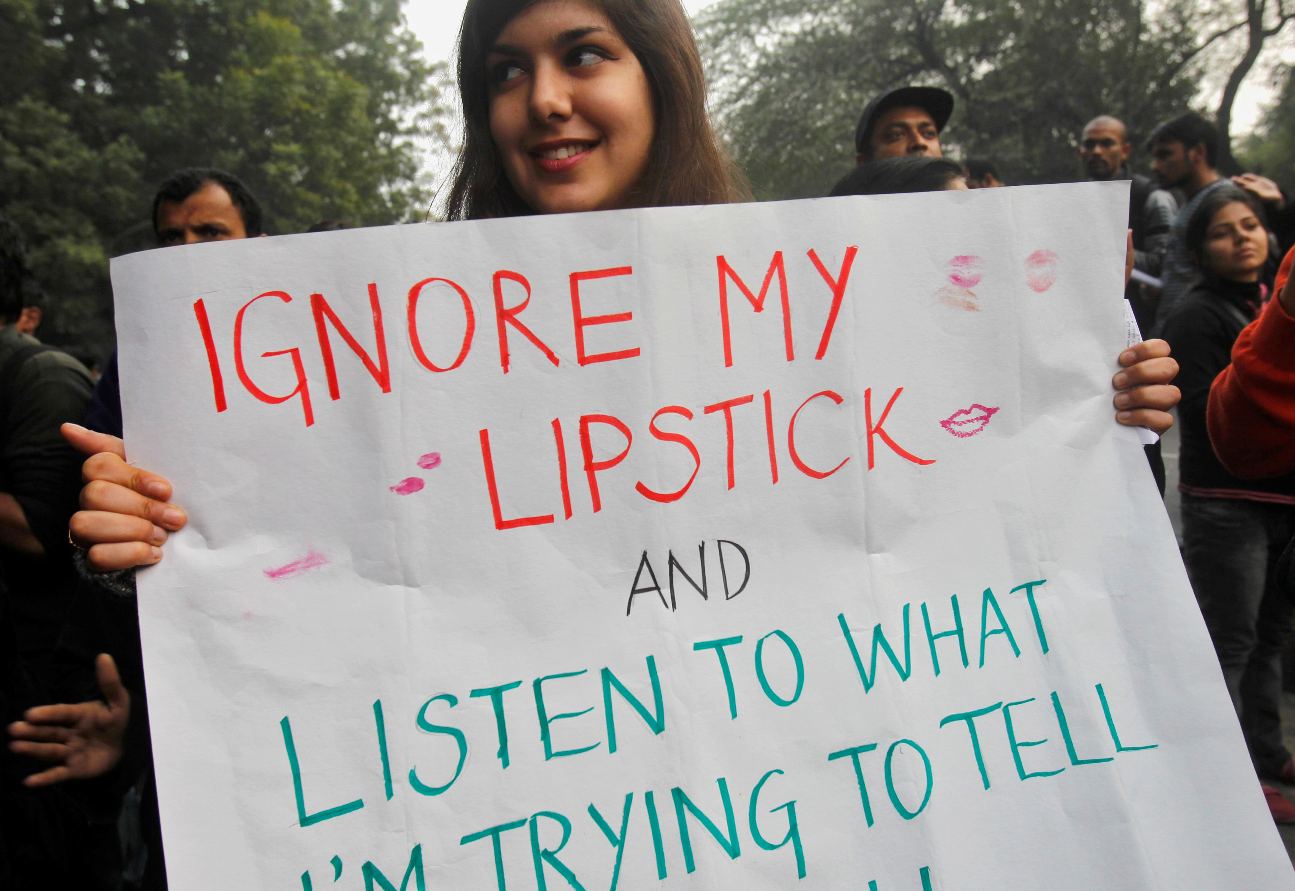 I and Nikesh, my life partner, were walking on the streets of Jaipur around 10.30 pm. We were going back to our hotel after dinner. The route which we took was not any sunsan (deserted) road. It was a wide city road with major government offices in the vicinity, including a police headquarters.

While there were not many pedestrians around, there were a few people in moving vehicles. Suddenly while walking on the pavement, a man coming from the opposite direction touched my breast with his elbow. Nikesh was just four-to-five steps ahead of me. I obviously stopped him and started shouting.

Listening to my shout Nikesh called up the police, while he was sharing our location with the police, I was holding this man’s hand so that he didn’t run away. Just for a second, though, as my attention was diverted to search for a landmark to share with the police, the man freed his hand and ran away.

Nikesh ran behind him but by that time the man was gone. He disappeared in some dark lane. While Nikesh was running to catch him, the police patrol van came. When they saw Nikesh running they followed him to trace the guy. In a matter of just 10 minutes, all this had happened.

Also read: Stop Giving Licence To The ‘Good Guys’ To Get Away With Assaulting Women

I had a man with me. But what difference did it make? The culprit did what he wanted to and managed to run away.

This is not how my #safeIndia look, where I have to wait for or call some Bhai to come and rescue me. I want an India where a woman doesn’t get into an unsafe situation in the first place. Don’t fall back on your idea of patriarchy and male entitlement, and impose it on women as a safe India.