By amit pandey in News, Politics

To counter the opposition on the Citizenship Amendment Act, the ruling  Bharatiya Janata Party, launched the toll-free number 88662 88662 for people to register their support for the Act.

Home Minister Amit Shah and the party’s senior leaders, either reiterated this toll-free number in their rallies or Tweeted it from their account. Many CAA supporters also posted this number on social media to garner support for the Act.

On Saturday, a different kind of pattern ensued on social media, where people were posting this number to ‘lure’ the common man. On searching this toll-free number on Twitter, various kinds of proposals popped up from random Twitter accounts. People were tweeting that if you call on this number, you could win ten lakh rupees.

Similar tweets from the accounts with profile pictures of girls read: “I am  feeling lonely, please call me.” This was not the end; people were also Tweeting that if you call on this number, you could win a free Netflix subscription, Zomato Gold subscription or iPhone 11. 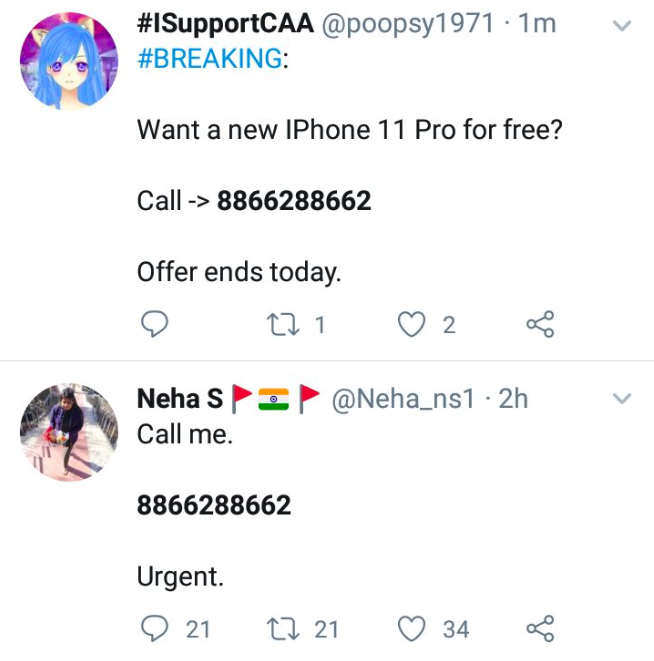 “Call me 8866288662. I’m free right now, waiting ur cal”. This account is followed by the Right-wing Journalist, Pradeep Bhandari, who hosts the show “Lalkar” on Republic Bharat news channel.

People were also Tweeting screenshots as evidence, to persuade others, so that more people would call on the number. Meghnad, who talks about the political and parliamentary issues Tweeted the screenshot of this mischief on his Twitter account and exposed it.

Along with this, there were many Twitter accounts who Tweeted against this activity and accused the BJP IT cell of stooping to new lows. People were trolling BJP and its IT cell for this perversity, or veiled propaganda, and comparing them with the character of Ayushman Khurrana in the movie Dream Girl.

Also read: Is The Bjp Government Nothing But A Propaganda Machine? 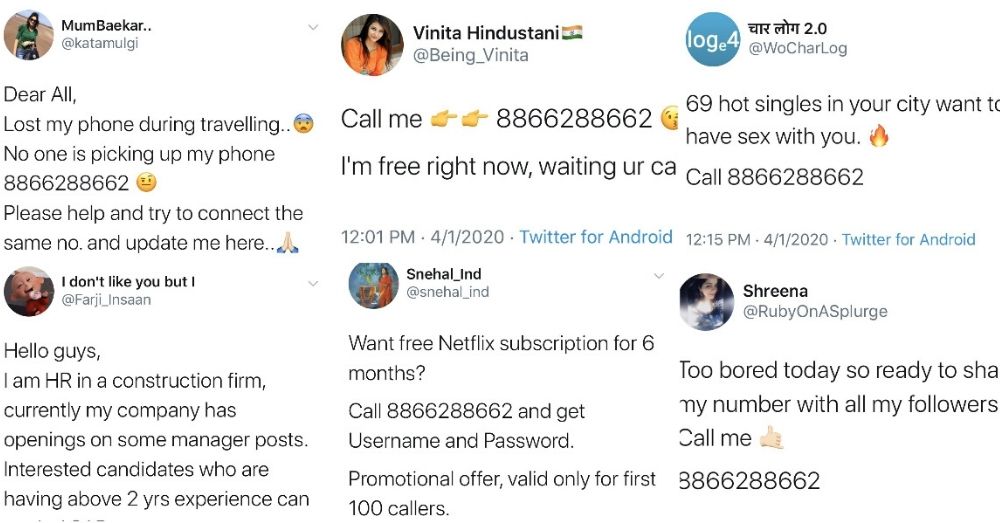 Numerous accounts who prepared this type of bait are now deleting their accounts, after this fraudulent activity, in the name of CAA support, was revealed. ‘Mumbaeker’ is one such account, who put the profile picture of a girl, Tweeted that she lost her phone and said: “no one is picking, so please help”. This account is followed by journalist Arnab Goswami and BJP Delhi leader Kapil Mishra. This tweet has now been deleted.