According to reports, a masked group of people entered JNU’s hostels; they beat up students with sticks and rods. Professors trying to protect the students were also attacked. The students’ union has claimed that the attack was carried out by the RSS-affiliated Akhil Bharatiya Vidyarthi Parishad (ABVP).

Based on videos and images that surfaced on various social media platforms, it is evident that JNUSU president Aishe Ghosh and General Secretary, Satish Chandra Yadav were injured in the attack. Aishe Ghosh was seen bleeding from the head and this is what she was quoted as saying to ANI: “I have been brutally attacked by goons wearing masks. I have been bleeding. I was brutally beaten up.” 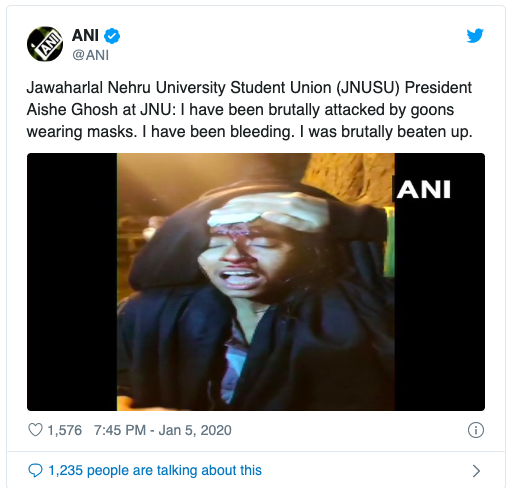 According to this report, a research student claimed, that the violence erupted following a scuffle, which took place after alleged members of the Akhil Bharatiya Vidyarthi Parishad began throwing stones at a protest march of students, against the recent hostel fee hike proposal.

The students allege that the police has not taken any action and “don’t seem to be bothered” at all.

Also read: The Significance Of Jnu’s ‘Disobedience’ In Response To An Order To Fall In Line

A Tweet from the students’ union’s official Twitter handle read: “Professors who were trying to protect us have been beaten up. These are unknown ABVP goons, not all are students, they have covered their faces, and they are moving towards the hotels near the West Gate. Stay alert. Make human chains. Protect each other.”

This is a statement by the JNU administration: 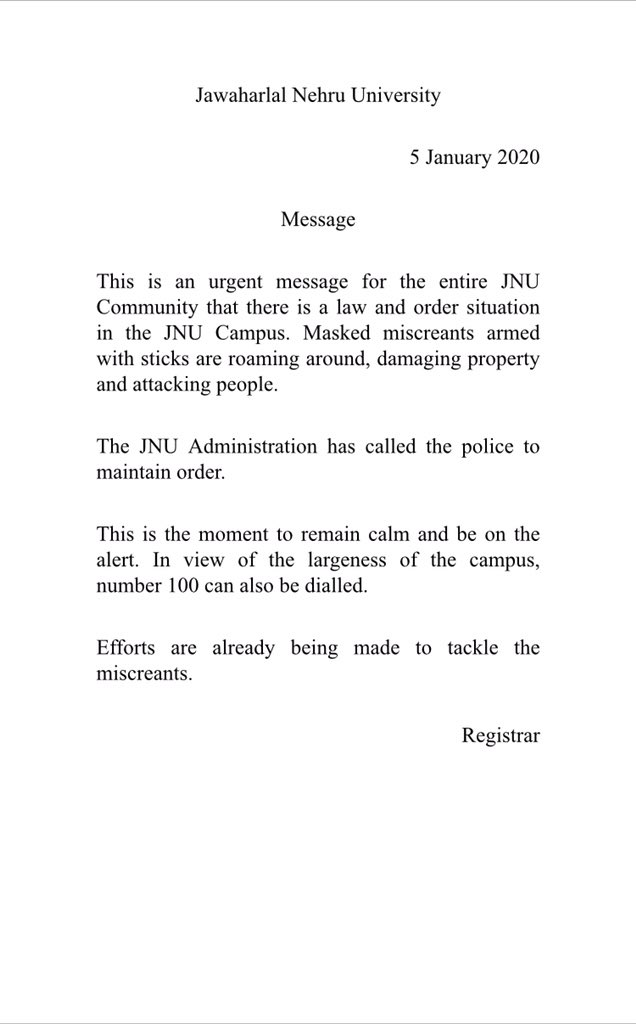