By Tirthankar Das in Inspiration

Karate is one of the oldest martial arts forms, and this ancient way of self-defense is losing its importance day-by-day. I feel self-defense is very important, in recent days, due to increasing instances of violence. 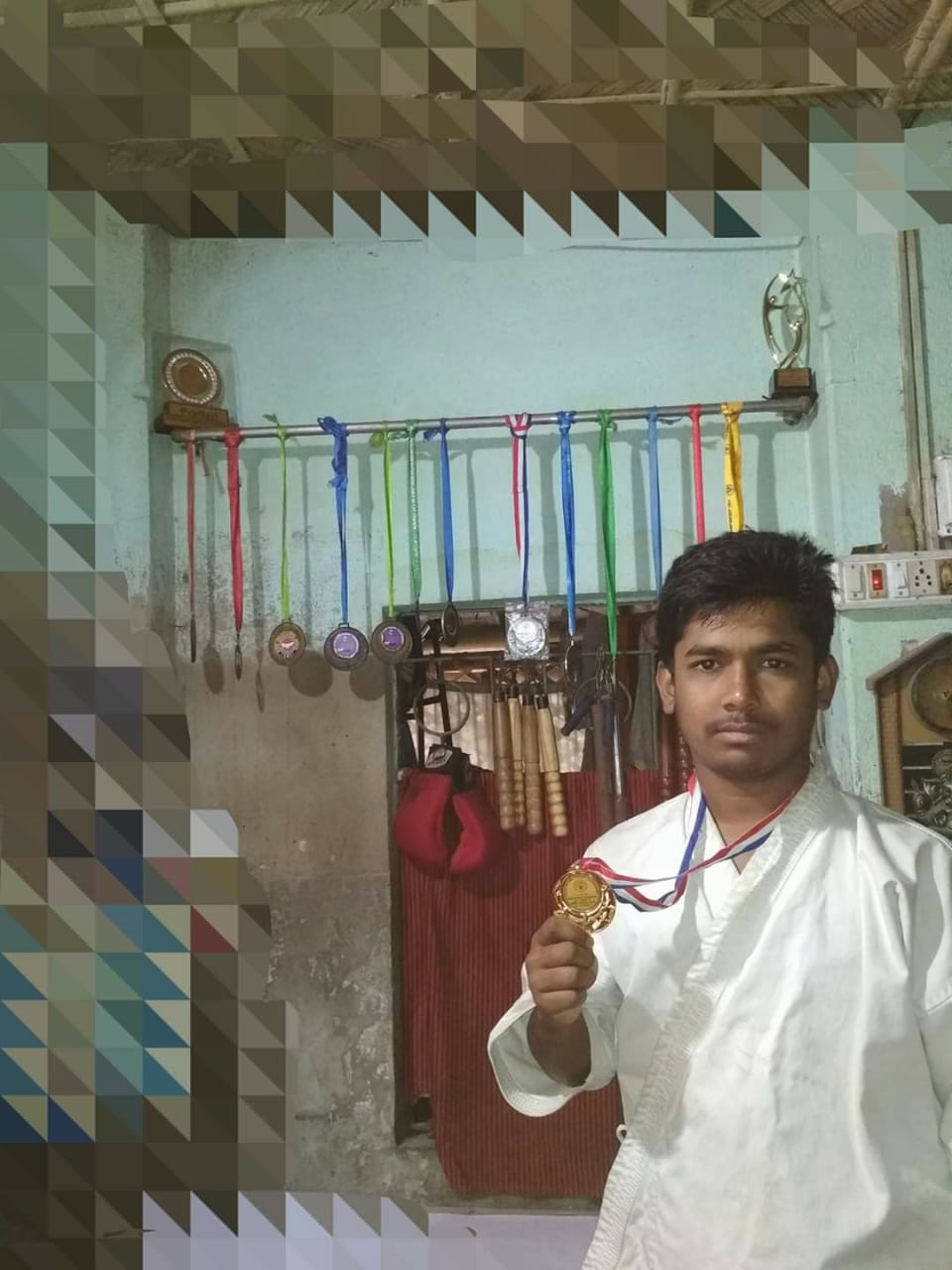 The city of Joy has its own Bruce Lee who has been continuously bagging golds and silver medals, in different national and international Karate championships, by representing India. But, very few know about Kolkata’s Bruce Lee.

Prahlad Sardar, a resident of South Kolkata’s Baghajatin area, has been setting the benchmark high every day in the field of Karate. Prahlad lives in a slum with his mother Sabita Sardar and father Subal Sardar.

Prahlad’s father was a rickshaw puller, but due to health problems, he had to stop working. Then, Prahlad had to take responsibility of his family. From selling sugarcane juice, to giving papers daily in the morning, to selling chicken, Sardar has taken on various jobs in his past. 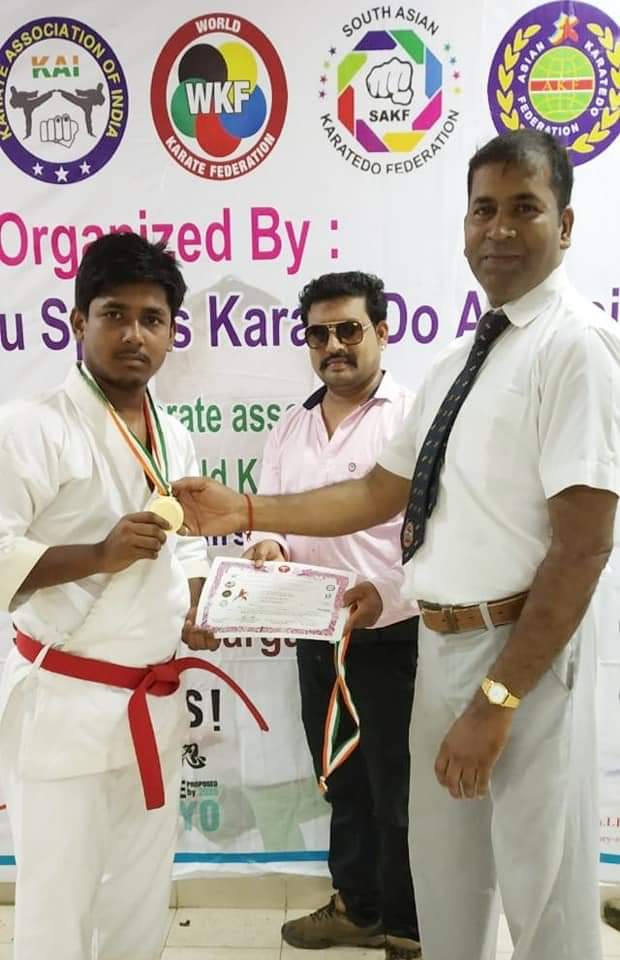 Prahlad said ”I knew that doing this thing won’t make my future bright and then I decided to do something in sports that will help me in future but I never thought that decision of mine instead of changing my life will push me into more darkness.”

Prahlad used to hear about Bruce Lee and, according to him, if Bruce Lee can do it, why can’t we? From there, he resolved to learn Karate. Sardar started his career when he was 10-years-old, in 2008.

‘‘I used to notice Prabir Mondal, renowned Karate Sensei of that time, who used to stay in my locality. One day I went to him and told him that I wanted to learn Karate, and in reply, he told me to meet him at the Kishore Bharati Stadium.” said Prahlad.

“On reaching the ground he told me to run 20 laps but I fainted after my 15th lap. He revived me and told me that I am made for the long run,” said Prahlad.

After the incident Mondal became impressed and started giving him lessons, free of cost, and even gifted Prahlad a new pair of costume, and from there Sardar’s journey started.

In the year 2013 Prahlad applied for a Black Belt and bagged it. Prahlad participated in various national and international Karate championships organized by the Indian Olympic Association (IOA), Commonwealth Karate Federation(CKF). 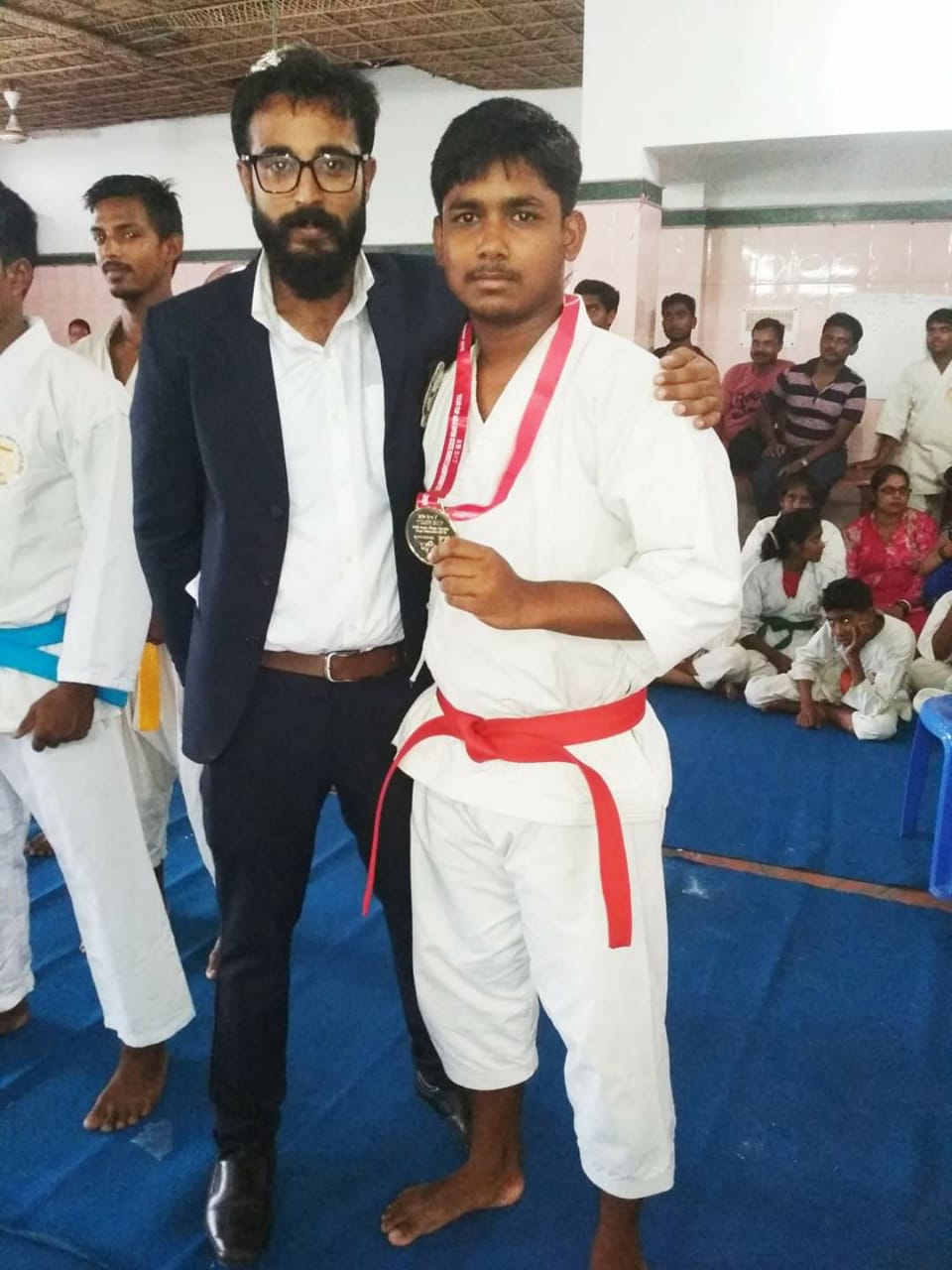 Prahlad represented India in the South Asia Sports Championship in the year 2018, bagging two gold medals for the nation.

Bangladesh, Srilanka, Nepal, Bhutan and other Asian countries participated in the championship. Prahlad fought against the participants from Srilanka and Bangladesh.

He never gave up and his consistency remained the same. Sardar again bagged two gold medals in the YOJO Cup, 2018, organized by the Indian Olympic Association and the government of India (Ministry of Sports).

Prahlad has been setting an example for all the Karate lovers, but after all this, Sardar has not been getting any help from the government of West Bengal. Prahlad has started his own training institute, giving Karate training to children and women. Prahlad even trains various school children in the city. “I don’t want this child to suffer like me and that’s why I give them lessons at a very low cost,” said Prahlad.

A few students of Prahlad, including girls and boys, have already represented India in the Junior Nationals and Internationals, and have bagged gold, silver, and bronze medals. 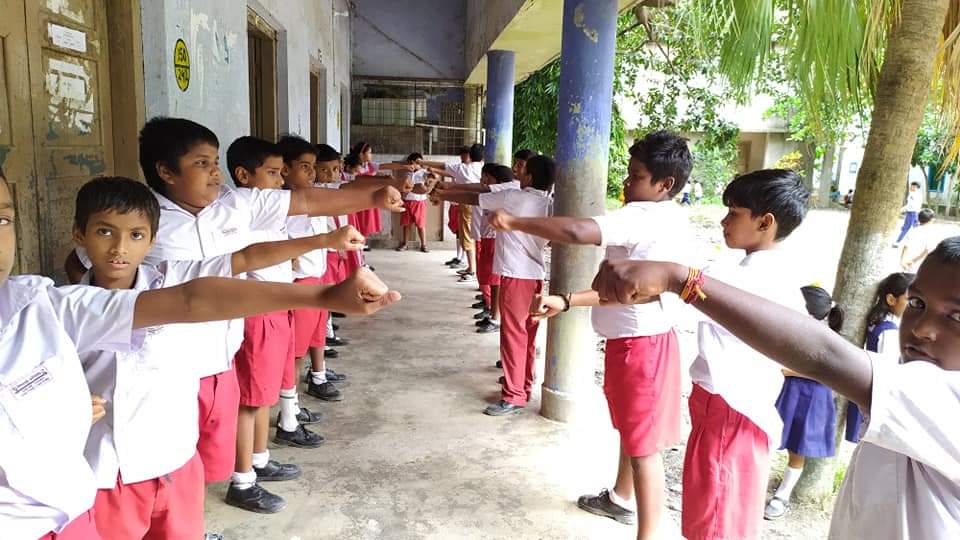 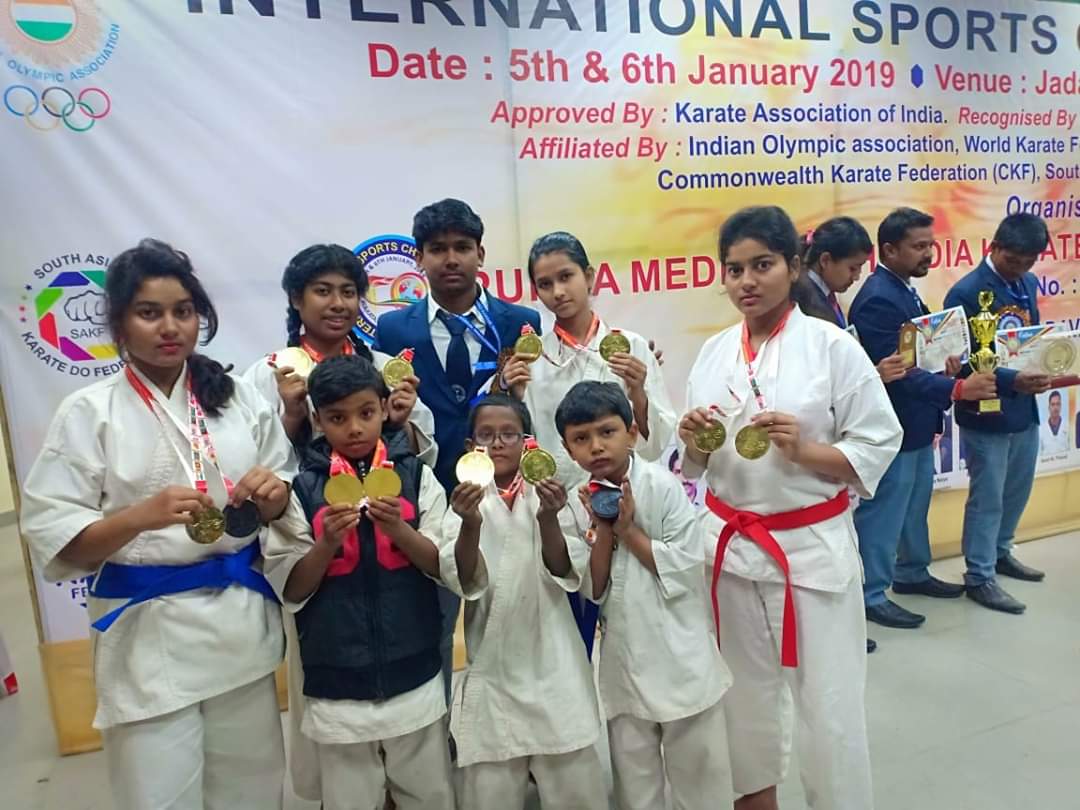 Prahlad’s mother and father Sabita Sardar and Subal Sardar are very proud of their son, they just want the Government of West Bengal to help their son in the future so that Prahlad can achieve his dream of Winning World Championship. 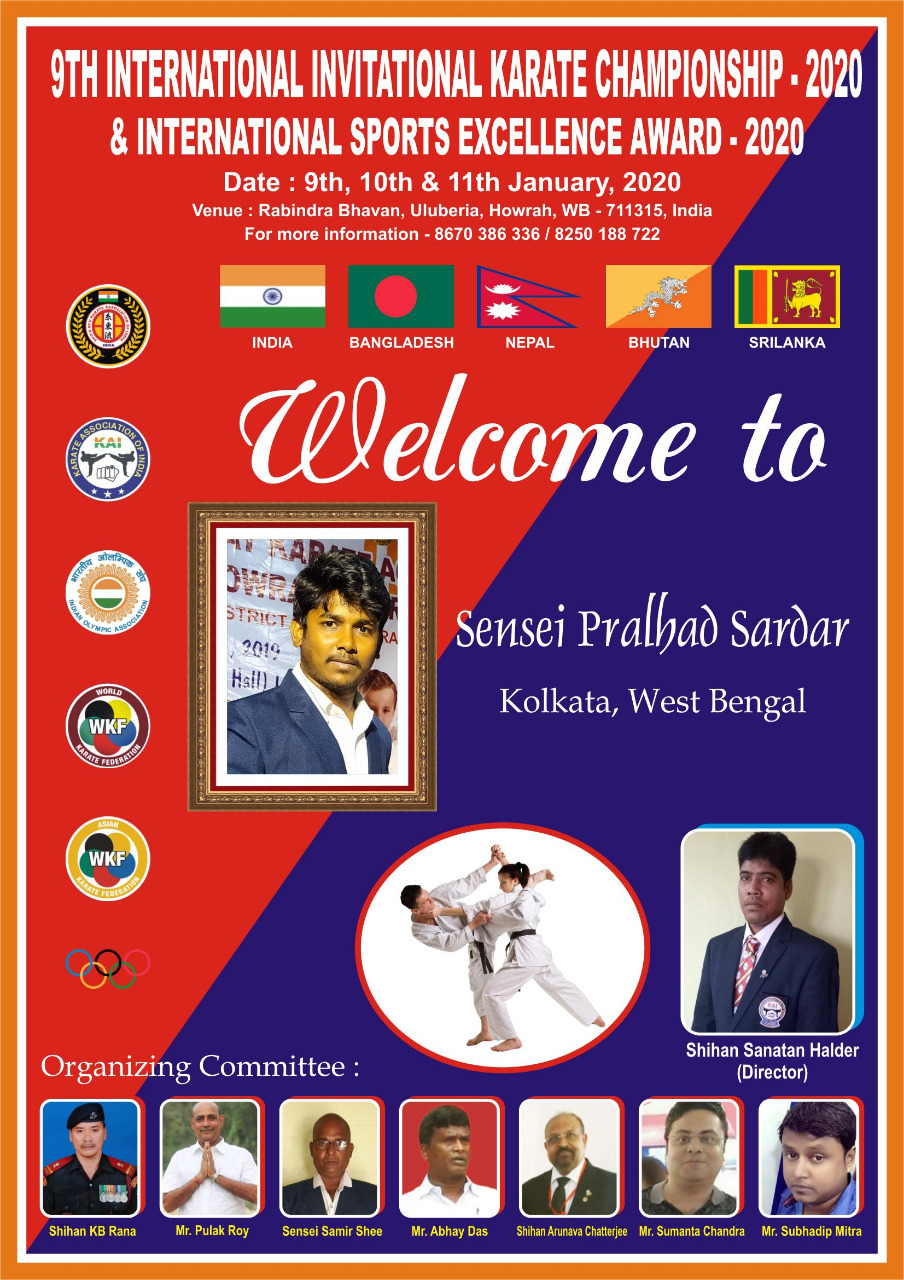