This Republic Day, Let’s Talk About The Original Inhabitants Of This Country: Tribals

“There is no indigenous territory where there aren’t minerals. Gold, tin and magnesium are in these lands, especially in the Amazon, the richest area in the world. I’m not getting into this nonsense of defending land for Indians.”

These are the words of Jair Bolsonaro, the president of Brazil. He was the Chief Guest for the Republic Day parade. I mean, there are more than 190 countries in the world, and our Prime Minister spotted only him!

By the way, by Indians, he is referring to the indigenous people of Brazil. So, casteist Indians can mind their own business. His remarks range from being sexist, misogynistic, casteist to even genocidal! Still, he was invited as the Chief Guest. Hold on, there are some more remarks :

“It’s a shame that the Brazilian cavalry hasn’t been as efficient as the Americans, who exterminated the Indians.”

And, the latest remark which he made on January 23 : “Indians are undoubtedly changing … They are increasingly becoming human beings just like us.”

But, why did our Prime Minister not react to this? Is Bolsonaro more important to him than Tribals? Why couldn’t he withdraw his invitation?  Somehow or the other, Adivasis are made to feel like they are the secondary citizens of this country.
Even on social media platforms, especially Twitter. Whenever people tweet about minorities, exploited groups etc., they talk about Muslims, Dalits etc. but rarely about Tribals!

Let’s Remember: Tribals Are The Original Inhabitants Of India

Even in the CAA-NRC protests, everybody is talking about how Muslims and poor people are going to suffer. They include Tribals in the word poor people. That is true, but, why have only a few people (that too only 1-2 times) acknowledged the fact that Tribals are not only poor but they don’t belong to any religion! Just like Muslims, they don’t have any cushion in the CAA.

Their situation has been so bad and frightening in India, a country where they are the original inhabitants. They are being branded as destroyers of the environment; when all the major reports like that of the United Nations suggest that they are the ‘Guardians of the Forest’.

Also read: Only A Third Of Maharashtra’s Tribal Children Receive All Basic Vaccinations, Why?

For you, it is just a forest, which is necessary to be conserved, because of climate change. But for tribals, it is their livelihood, it is like their family member. How would you feel if you were forced to leave one of your family members without any reason?!

The government is constantly trying to find loopholes in the laws to exploit them “within the ambit of the law”. For example, they have started changing Gram Panchayats into Nagar Panchayats, because, under the Forest Rights Act, the government has to take permission from the gram sabha to allot any land.

Recently, they changed Prem Nagar (Chhattisgarh) into one. This area is situated where Adani wants to establish a coal mine; the area under the Hasdeo Arand Forest.

Already, the government had sacrificed a 1,70,000 Hectares of Forest (Hasdeo Arand) for Adani’s plans. He is so important, that the environment must adjust, tribals must adjust and human rights activists must adjust. The tribals are still protesting against the order but the government is deaf to their voices. 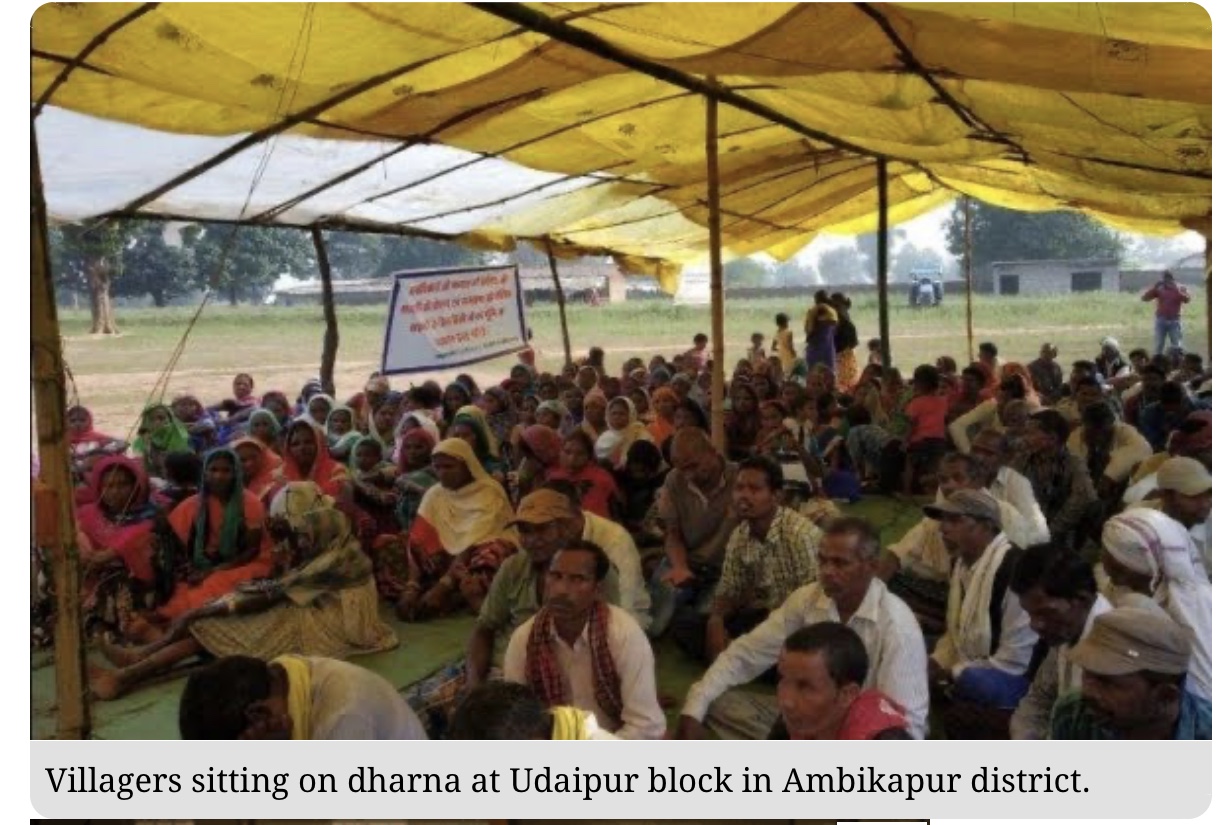 Tribals are Being Branded As Naxalites

I still remember the Sarkeguda encounter, where tribals were killed, sorry, allegedly murdered by the armed personnel. The recent report suggests that tribals were not Naxalites. Not to forget, small kids were also killed and the government did not do anything to provide justice to those tribals!

Fake cases are lodged against them, they are made to take multiple rounds of the police station; which leads to mental instability, malnutrition, and human rights violations especially of their children.

On the garb of eradicating “Naxalites”, armed personnel kill random people randomly. Sometimes, fake cases of “Sedition” are lodged against them. Guys, can you imagine,  SEDITION! I am thankful to Mr. Hemant Soren, the Chief Minister of Jharkhand.

He withdrew the cases against innocent tribals. And also to Mr. Bhupesh Baghel, who is going to withdraw cases against tribals. Really, sane and sensible people can bring a huge change. I am waiting for the Prime Minister and Chief Ministers of other states to do the same and listen to their side of the story too. 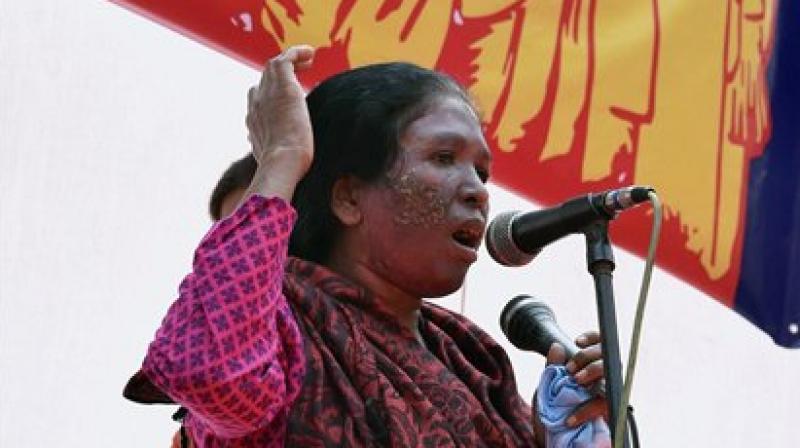 They are allegedly sexually exploited by the armed personnel. Yes! By the armed personnel. If an educated tribal leader of the Aam Aadmi Party, Soni Sori can be exploited, (sexually, physically, mentally), then think about those who are illiterate, who live in the remotest areas, and those who can’t even understand the mainstream language properly! How can we expect them to know the legal provisions, human rights etc?

And you know what the government fears the most? Tribal Activism! They get scared whenever tribals see a ray of hope because once they come out of poverty, backwardness and insecurity, the government would not be able to use them as their vote banks! They would lose a portion of the population, which they think can be easily fooled.

Renowned Tribal activists like Bela Bhatia, Sudha Bharadwaj etc. also made it to the list of those activists and journalists whose WhatsApp messages are being snooped on! Sudha Bharadwaj is still in detention and it has been more than a year now.

Tribals are insulted every now and then. I want to talk about the controversy which was stirred by the question of MPPSC, which claimed that people belonging to Bhil Tribe are of “Criminal Tendency”! How can the MP government let anybody set a question like this? The truth is that nobody cares.

Tribals are converted. Sometimes, forcefully and sometimes, slowly. But, every time they think of joining the mainstream society, the “pre-condition” of conversion always exists.

A majority of the mainstream tribals don’t even know their language and culture. Even in the remote areas like that of Bastar, under the corporate social responsibility, the mining companies open schools etc. I am happy that tribals get education, food, a decent standard of living, but what I am not happy about is the fact that they are being slowly converted! 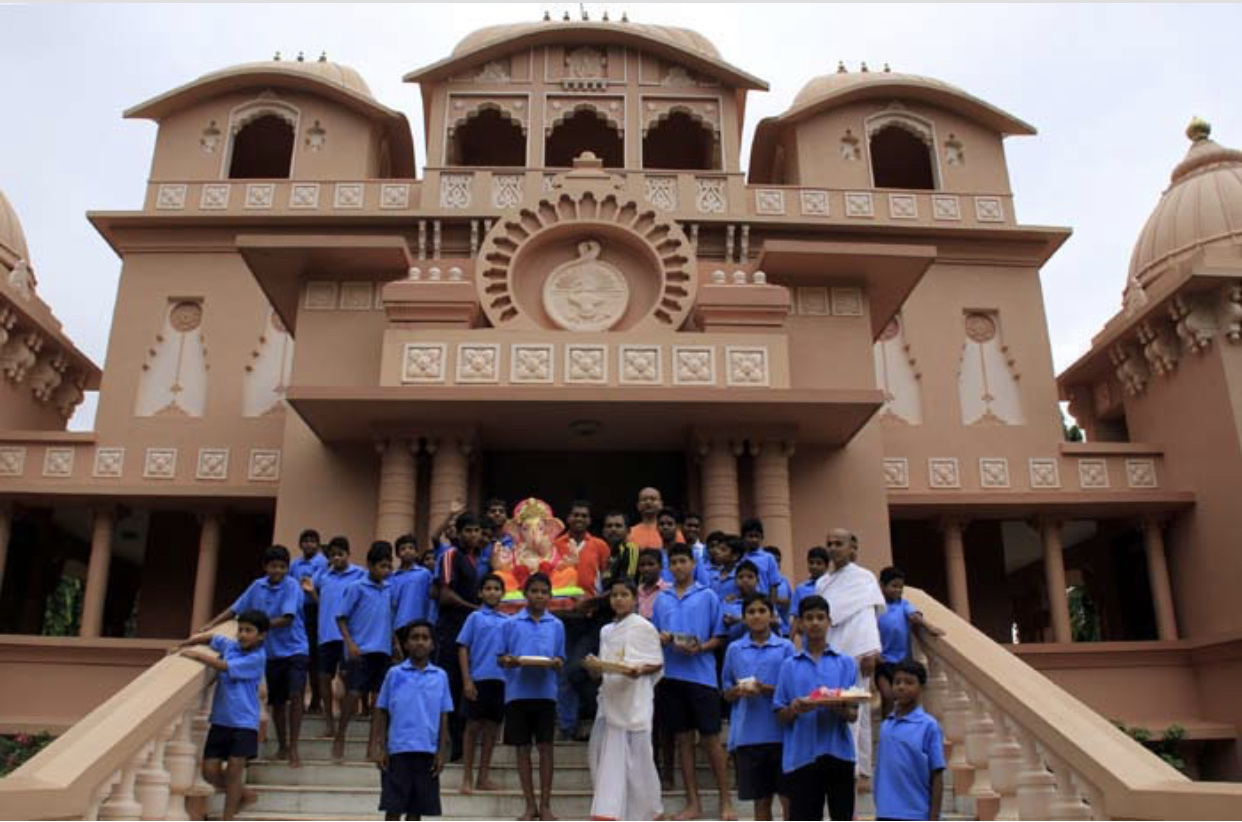 They do ‘Prarthanas’, worship other deities, they basically live an ‘ashrama’ life. Is this a good thing? In my opinion, definitely not! They are following customs of other religions, which is not a problem, but they are forgetting their core culture, which is the real problem. A time may come, where there won’t be a population called “Tribals”. They might all be assimilated in other religions, like Hinduism, Christianity etc.

There are many other things and that can’t be compiled in one article. Everybody talks about the parameters of Multidimensional poverty. But, Tribals don’t want much, they just want the fulfilment of the old parameters of poverty – ‘Roti, kapda and makaan!’ And, because of their unbreakable and pure relationship with the forest, they want forest Rights.

Also read: Tribals, In India, Are Facing The Worst And Being Blamed For It Too!/a>

Still, the government is not able to fulfil their basic needs! But, don’t take the tribals lightly. Don’t forget about the recent Jharkhand elections where tribals showed the government its place. Or the recent assembly elections of Chhattisgarh where the BJP government lost 11 out of the 12 seats in the Bastar division (predominantly a tribal area).

This Republic Day, let’s talk about the most innocent, the original inhabitants of this country – The Tribals.