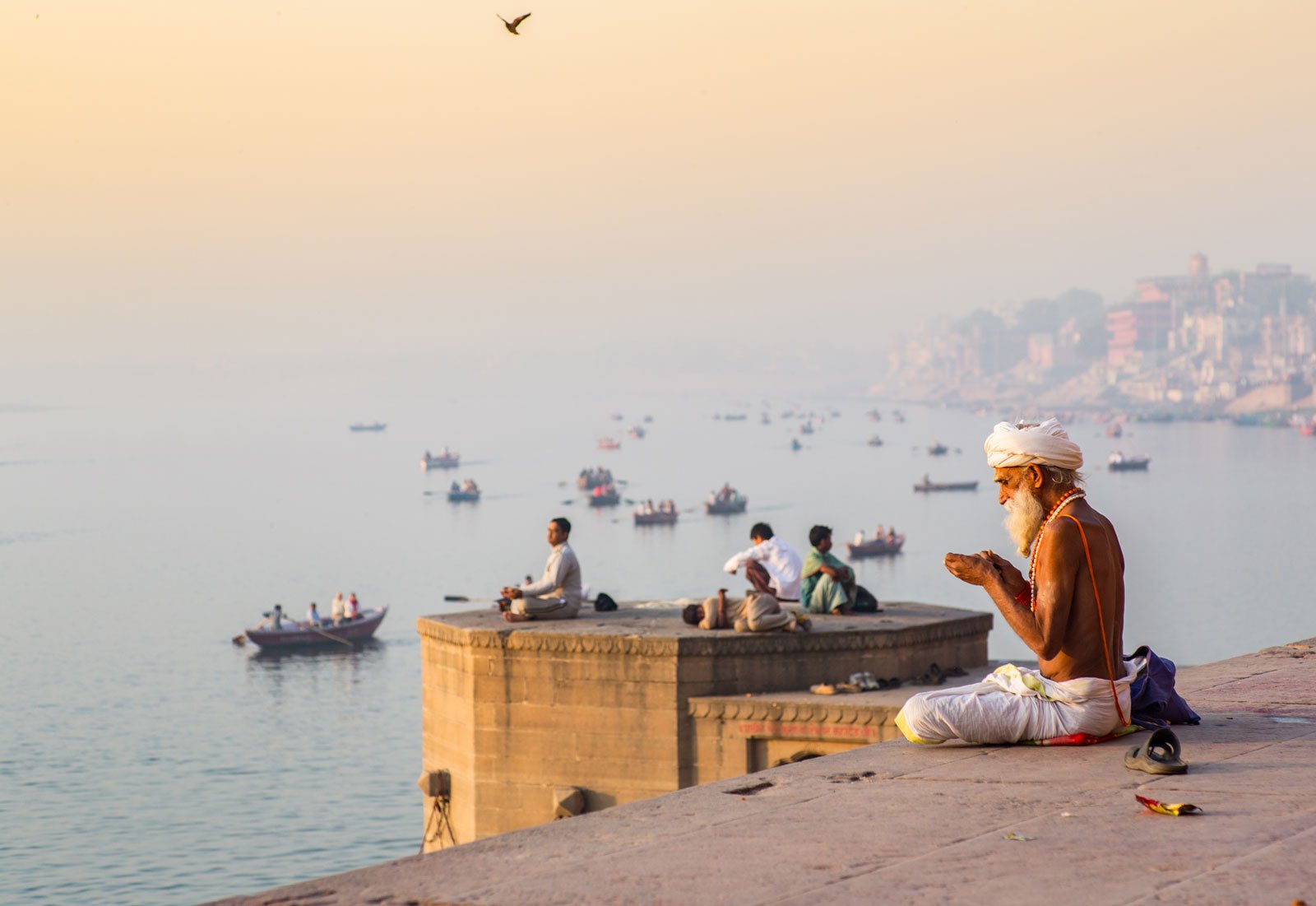 Hinduism is a recently devised term for the set of Indic philosophies and schools of thoughts that are indigenous to the lands ‘to the east of the Sindhu (Indus river)’. The diversity of ideas, philosophies and sects that come together under this umbrella term has been the greatest strength, and yet a weakness of what was previously broadly referred to as Sanatana Dharma. The former arises from the natural inclination of the Hindu society towards acceptance and tolerance. The latter arises from the lack of unification of these disparate strands of philosophy and faith under anyone construct or structure.

Does that mean nothing unifies Hindus?

In this essay, I shall be deliberating on the elements that unify all the strands of Hinduism.

The Vedas are the basis of any Dharmic, Hindu tradition. Be it the agnostic, who is open to seeking and learning the natural form of God, without any pre-made conceptions of the same, to those oriented towards a personal God (Ishvara), Vedas form a beautiful basis for the same.

The Vedas are considered the earliest literary record of the Indic civilisations, and among the most sacred books of India. They contain spiritual knowledge encompassing all aspects of our life and society. The philosophical maxims of the Vedas have formed the basis for most strands of Hindu thought. The Vedas are the Rig-Veda, the Sama Veda, the Yajur Veda and the Atharva Veda, with the four Vedas being known as “Chathurveda”. Each Veda consists of four parts – the Samhita (hymns), the Brahmana (rituals), the Aranyaka (theologies) and the Upanishad (philosophies). Even the nastika (atheistic) schools of Hinduism can naturally arise from the Vedas, such as the Nasadiya Sukta.

But, after all, who knows, and who can say
Whence it all came, and how creation happened?

The gods themselves are later than creation,

So who knows truly whence it has arisen?

This forms the basis of the understanding of strands such as the Carvakas, who felt the resolution of what or where is God is not as important as the greater Truth. They leave the space for the seeker to resolve this at their own level and lives. The most important thing is the secondary nature of the multiple gods that form the traditional Hindu pantheons, in various sects and strands of Hinduism: ‘The gods themselves are later than creation’. Due to the nature of the passing of Vedic knowledge – Śruti or the ‘spoken way’, the historicity of the Vedas is not conclusively established in modern historical terms. However, their elements and maxims are as relevant as they were in the times of yore.

Nature Without Beginning And End

Temporality and time are seen to be linear and demarcates various reference points, along with a beginning and potentially an end for our Universe. Materialism also dictates that the Universe just came out of nothingness, in the Big Bang.

However, Hindus believe in nature, without beginning or an end, and that the apparent transformation of nothingness into something-ness is merely a change in state of existence: the gross material of the outer universe goes back to its finer state, remains in that ways for a certain period, again to be projected outside to manifest the gross. There is, therefore, a certain cyclicity and not linearity in existence and experience. This is a fundamental idea of Hinduism, even enshrined in the concept of the Yugas (eons).

One of the most important ideas in Hinduism is the idea that existence transcends the material. At a human level, the self is conceived as more than just an assembly of bones and muscles and skin. The individual is not just a gross body or even the finer body in the mind, but the event subtler and more fundamental – Atman.

This Atman is beyond beginning and ending, and the idea behind this underlies most strands of Hinduism, except those such as Carvakas (who don’t take any interest in addressing this question). The idea is that the Atman assumes the gross body and keeps on taking these bodies in cycles of life and death; until they are liberated. This liberation is usually associated with the self-realisation of the individual about the true nature of oneself, in the Atman.

There may be differences regarding the relation between Atman and God. According to one Hindu school of thought, the soul may be eternally different from God, according to another it may be a spark of God and Satya and yet remain separate, and yet another one according to which it may be one with that Satya and God.

The one underlying commonality is regarding key characteristics of the Atman: the Atman is infinite; the Atman is neither created nor destroyed; the Atmanpass through, and evolve in, various gross bodies, till liberation is attained; the Atman is, by nature, pure and perfect and blessed.

Self-realisation makes the seeker of Satya look inwards and introspect, to see the innate divinity in themselves. This is an empowering idea and thought that naturally arises in the Hindu traditions, and therefore set natural standards in society, of good conduct and values that humanity espouses. Therefore, in this paradigm, losing faith in one’s own self would mean losing faith in Satya and in God! In this paradigm, not only do humans have an innate God-hood but so does everything there is: an existence that transcends the gross and the temporal.

It seems that certain points are common among all the various religious strands and schools of thoughts, the various sects within Hinduism, and therefore elements that constitute the natural basis for the unification of these strands.

Most importantly, the Indic way, the Hindu way is to seek, not believe: realisation is key and blind belief is avoided. Until you see or experience Satya oneself, only hearing about it has limited use and is not the way promoted by Hinduism. This, naturally, leaves space for acceptance and inclusivity, of embracing disparate ways of getting there. Experience should underlie faith and faith should underlie all experiences.

Also read: I Am A Dharmic Universalist, Not A Hindu Nationalist

In the Hindu way, one is naturally led to utilise one’s own Swadharma (innate tendencies and capabilities), the grace of the Satya and one’s own efforts to define what one makes of oneself. However, more important than becoming anything, Hindus are asked to truly be and to understand one’s true self.

The inclusivism and natural acceptance of all the different ways of realising Satya and God within Hinduism make it most reflective of the Supreme Truth, due to the multiplicity of identities and realities within the same. Existence beyond being and non-being, a presence beyond polarities, being beyond binaries, is the way of the true Hindu. And Hindus have to stand united for a harmonious future of mankind. I would like to end with the famous verses by Shri Atal Bihari Vajpayee, and proudly so

“My body and heart are Hindu,

my life is Hindu, my entire existence is Hindu

and it is my sole identity.”