Did You Know That One-Fifth Of India’s Forests Are Prone To Fires? 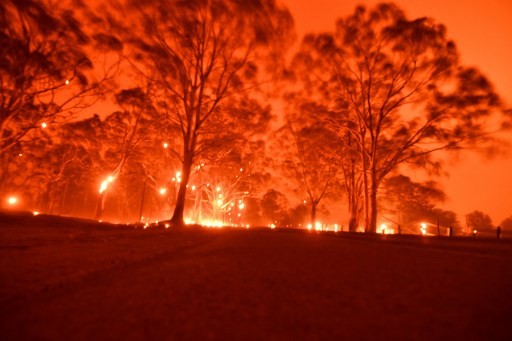 It hasn’t been a great start to the new year and the new decade, with the bushfire situation in Australia worsening and reports of half a billion kangaroos, koalas, and other animals estimated to be killed in these fires.

Australia has been receiving global support, with ‘Pray for Australia’ campaigns and many other donation campaigns running online worldwide. Recently, at the Golden Globe Awards, many superstars like Joaquin Phoenix and Russel Crowe, amongst others, used this platform to highlight the need for climate action and adopting a sustainable lifestyle.

Looking at the situation in Australia, the question of how prepared we are, to tackle forest fires in India, arises. The 2019 report by the Forest Survey of India points out the fact that about 21.40% of forest cover in India is prone to fires, with forests in the northeastern region and central India being the most vulnerable.

These details have emerged after FSI carried out a study along the forest fire points identified across the country, from 2004 to 2017.

During these 13 years, the forest fire points (FFP) that were identified add up to 2,77,758. The data from November 2018 to June 2019 reveals that the total number of forest fire alerts issued to the states in these regions was 29,547. Mizoram recorded the highest number of alerts, 2,795. The seven states in the northeastern region have accounted for about one-third of the total alerts in the country.

Also read: If Bushfires Are ‘Common’ In Australia, Why Have A Billion Animals Died This Time?

While a major reason for the fire alerts in the northeastern region is because of the slash-and-burn cultivation as these forests are tropical evergreen forests and they are not likely to catch fire easily, unlike the dry deciduous forests of Central India.

The overall green cover has increased in India, but in the northeastern states of Mizoram, Arunachal Pradesh and Nagaland particularly, the green cover seems to have reduced and the fires can be one of the reasons for it.

Major reasons for forest fires in this region are man-made, particularly in cases where people enter the forest and leave inflammable materials and burning cigarette and bidi stubs.

With the help of all this data from the Forest Survey of India, all of us need to make sure that we are well prepared and take steps to avoid disastrous forest fires from happening in India.

Also read:  Will It Take A Billion Animals Dying In Australia For Us To Care About The Planet?