A Love Letter To Myself: “I Am Done Living Life With An Instagram Filter.”

I have been diagnosed with PTSD and suffer from depression and anxiety. Last year in November, I found myself in the ICU because I had reached the end of my rope. So yes, I had a mental breakdown and you know what? It is absolutely fine. But I can say this now – after months of therapy and introspection. But last year, it felt like I was a failure.

I had been suffering for months and instead of speaking up or seeking help, I thought it was my responsibility to push myself to get through “this”. So I pushed and pushed till I was standing at the edge with sleeping pills. Once I came home from the hospital, for the longest time, I thought that I had failed to cope. And then it struck me – am I not human? If I’m allowed to bleed and hurt, then why am I not allowed to have a mental breakdown?

Why is it considered my failure for not having the ability to cope? Why is it not society’s fault, for having unending expectations, especially from women, for creating spaces that are demanding and lack empathy? Why is it not their fault? Why am I expected to carry on as if nothing happened, as if I’m not hurting emotionally?

For the longest time, I have kept quiet, and not even allowed myself to be upset, and angry, when shit has gone wrong in my life, but I’m done. Women are often taught not to show their emotions, especially anger, because, well then “you are too emotional”. Anger is just not cool. People are supposed to be mature and not let things affect them. To all this nonsense, that has messed up my life for the last 20 years or so – I say, no thank you. As my therapist rightly says, we are allowed to feel everything including anger. And now I have started to embrace it, and feel it; so that I can expel it from my body organically.

Feeling angry or upset doesn’t mean beating someone up (as much I might want to sometimes). So after years of absorbing everything and keeping everything within me, I say no more.

I think that often, we misunderstand people who have this kind of “mature” behaviour, somehow it gives other people this impression that we are made of titanium. That no matter what, we will just cope. And after a point, I think I bought into this facade. Just because I may appear to be calm, doesn’t mean I have everything handled.

Just because I show up for work, it doesn’t disregard the panic attack I had the whole way coming to the office. Just because I am functional doesn’t mean I don’t struggle to get out of bed regularly. When I landed up at the hospital, a lot of people around me felt surprised, I suppose nobody expects anyone to end up at the ICU. But this made me wonder, that however woke we may become, we are still ingrained to believe that everybody should deal with their anxiety and depression and “get on with it”.  That one should just talk about it on Facebook posts and generally be happy. 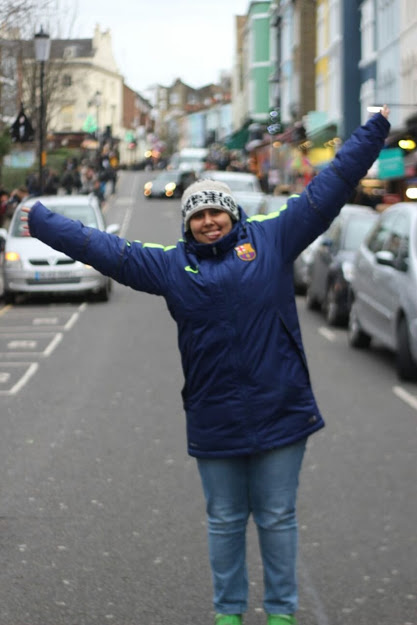 For the longest time, I have hated myself. So I thought I deserved everything bad that happened to me. I felt like I had to prove myself, otherwise, people would find out I’m not worth their time. I have broken my back pleasing people, putting myself last; to the point, where I felt guilty about being depressed. But I’m so done with this.

I don’t want to simply keep dealing with stuff on my own, hiding my feelings, as if they are something to be ashamed of. I want to be honest about myself – even if it means sharing hurt and anger. I am done living life with an Instagram filter.

I feel angry at the world, for sometimes being so cruel, that it makes people suffer in silence and feel guilty about crying out for help. I feel liberated at being angry, at being able to express my anger. I feel a sense of love and maybe, a little bit of liking towards myself. It has been years in coming… better late than never I suppose. That’s my lesson for this life I’m guessing – how do I truly love myself, my scars, failures, awesomeness and all of it. So I thought of writing a love letter to myself. I have written for my family and friends, even for my crushes, but I have never written one for myself. Doesn’t that speak volumes? So finally, I write one for me. So here goes – a love letter to myself.

You are smart, funny, passionate and beautiful. The past 25 years have been a roller coaster, to say the least. You have fallen, been lost and hurt, but you have always stood up. You have always risen up. Yes, you have had help along the way, but it was you who took the next step. Life will continue to be messy, demanding and a shit storm most of the times, and sometimes sleeping without ever getting up might feel like the greatest escape, but hold on. Even when you think you can’t go on, you will. Even when you think you can’t fight anymore, you will. It will not be a bed of roses, there will be days when you can’t get out of bed, but eventually you will. Because you are a fighter and a survivor. Because you have already survived so much.

Also read: We Don’t Shame People For Seeing Doctors So Why The Stigma About Therapy?

About 10 years ago, you started writing a phrase on notebooks “Have Faith”. It may have meant to have faith on a higher being or on the fact that life will be okay. But today I change its meaning–it means have faith in yourself. That no matter what, you’ll survive the storms that come your way. So let go of the need to please others and start loving yourself a little more. I say that because seriously, you are a pretty awesome woman to hang out with.

I hope the next years make you realise how truly amazing you are and how much more there is left to discover about yourself.

Loving you with all my heart always,
Devina (the inner voice you sometimes forget)