Was VK Menon The Duryodhan Of Independent India, Answers “A Chequered Brilliance”

“Those whom gods wish to destroy, they (gods) first make mad”, Congress MP Jairam Ramesh quotes (page 19) Jawaharlal Nehru’s translation of a Latin proverb in his recent biography (A Chequered Brilliance) of the former Indian Defense Minister Vengalil Krishnan Krishna Menon. Nehru had prophesied the downfall of the British Government for the incarceration of the then Congress President Annie Besant in 1917.  There is also a converse French proverb: “If you want to kill a dog, brand it rabid”.

Ramesh insists that he neither wishes to “deify nor vilify” Krishna Menon, and that he only tried to “excavate”. Yet, Ramesh brands Menon as “foible, paranoid, somber porcupine, Satan, manipulator and sardonic devil”.  He leaves the destruction to others. Ramesh portrays Menon as Duryodhan and Nehru as Dhritarashtra, whose blind love compelled him to defend every evil deed.

In his 725-page book, Ramesh could not come up with a single adverse outcome for the country that resulted from what Krishna Menon had said or done. Ramesh’s rhetoric of Menon’s “great sins” is not backed up by facts or logic.  All through the book, he blames Nehru for making Menon the defense minister. Yet, according to Ramesh’s own description, Menon came out as the greatest defense minister India ever had, from the annexation of Goa to procurement and manufacture of defense equipment, founding great institutions such as the DRDO, and organising welfare programs for the soldiers. 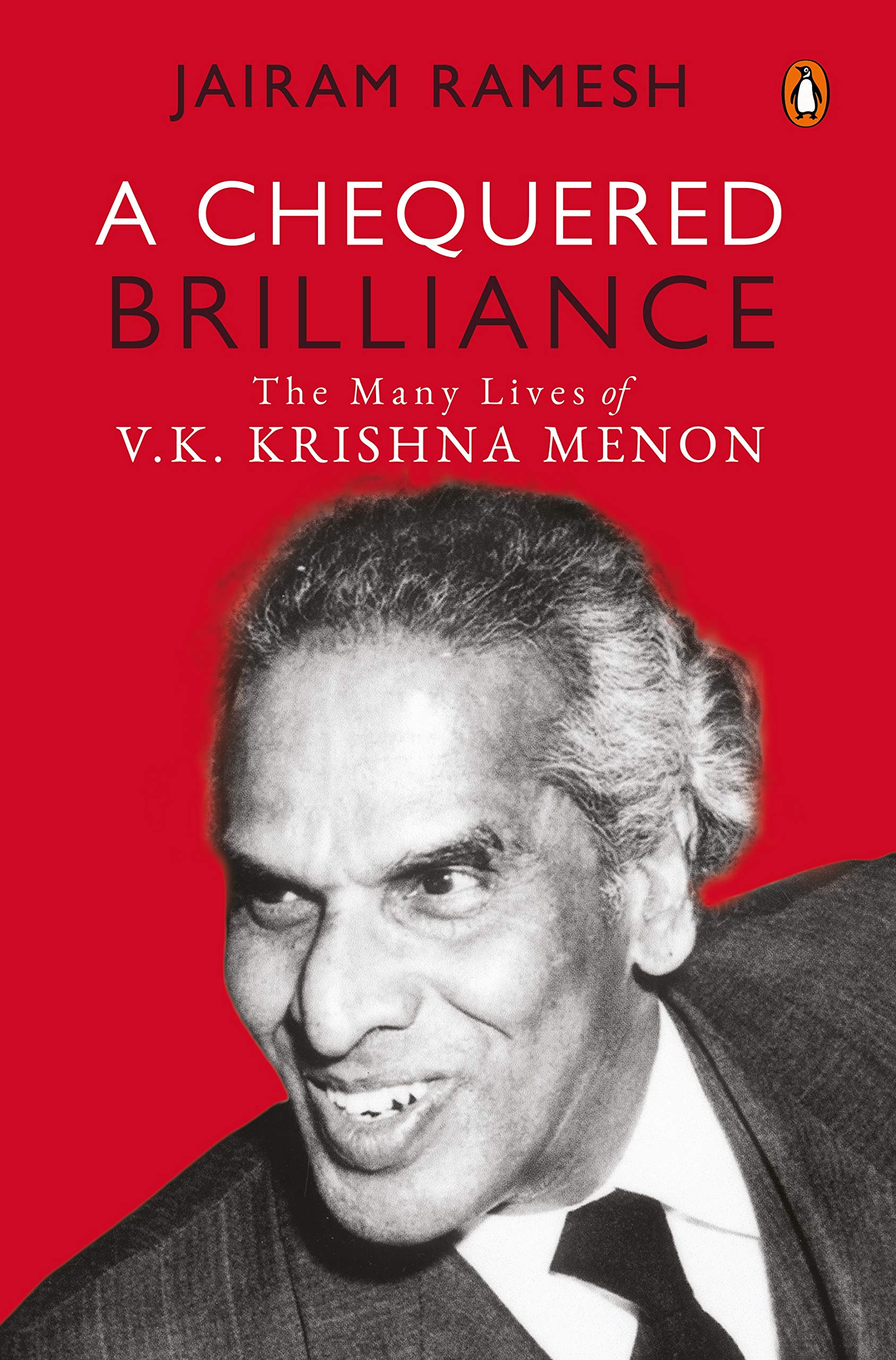 With respect to the Sino-Indian War in 1962, the only specific argument Ramesh makes against Menon is that he sent BM Kaul as a Corps Commander On 4 October 1962.  Yet, Ramesh himself could not attribute a single action of Kaul to the adverse outcome of that military conflict.  Interestingly, Ramesh writes that Kaul was “evacuated for medical reasons” a few days later on 18th October. According to Kaul’s autobiography, “The Untold Story“, Kaul returned to Delhi on 11th October.

Ramesh quotes the assessment of Krishna Menon by Walter Crocker and Sarvepalli Gopal with high esteem, claiming them to be credible “ringside observers”. While both of them despised Menon, I already wrote about their own agenda and culpability.

Who Was the Aggressor?

As I stated in an earlier article, Indians at large are confused about the causes and consequences of the 1962 war that they could never decide if China was the aggressor or if India was the belligerent. Ramesh too falls into this trap and is hopelessly lost throughout his book. For most of the book, Ramesh laments India’s Forward Policy, India’s unwillingness to strike a compromise despite Menon’s efforts, and Nehru’s supposed inability to rein in the hawks in his cabinet. In later pages, Ramesh begins to promote the other theory of China being the aggressor.

Ramesh uses Menon’s own speeches (page 600) to bolster the claim of Chinese aggression, but ignores Menon’s disclaimer (page 645) that he would not say anything that will show his countrymen in bad light and help China in times of crisis. Menon had further said that his “loyalty to his colleagues and values of his life are far more important than getting out of his own personal embarrassment.”  Clearly, those who blamed Menon did not have those values.

Ramesh (Page 630) claims that Neville Maxwell, the author of “India’s China War”, had portrayed India as the aggressor and China as the “victim“. This is not true! Maxwell never considered the Indian Army to be a serious fighting force to be able to commit aggression on the mighty China. Maxwell certainly accuses India for being foolhardy, which was Ramesh’s own argument for most of the book. To be sure, Maxwell never blamed the Indian Government, but blamed India’s irresponsible democracy. Maxwell called VK Krishna Menon the only honest Indian politician.

Maxwell’s only complaint against Nehru was that he gave too much of ear to his detractors, which was Ramesh’s complaint as well. While Ramesh attributes Nehru’s behavior to his “physical and political decline“, Maxwell correctly attributes it to Nehru’s commitment to democracy. Maxwell says that Nehru’s government was the most transparent in the entire world at that time, although Maxwell had his reasons to disapprove that transparency. 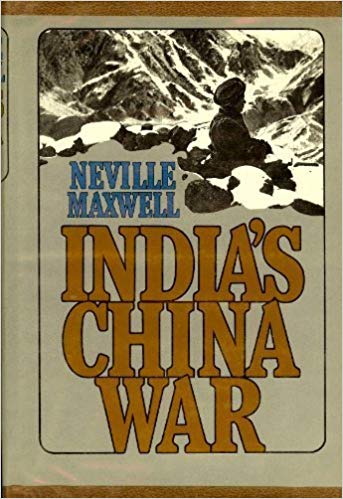 While Ramesh claims Maxwell’s supposed theory of Indian Aggression was disproved by subsequent research; there are many Indians who still fault India for provoking China.  These include Arun Jaitley, AG Noorani and Mohan Guruswamy as well as military men like Arjun Subramaniam and HS Panag.

Upon induction into the National Defense Council in November 1962, Lt. Gen SPP Thorat supposedly disclosed to Nehru (Page 682) a great report that he had prepared in October 1959, predicting Chinese attack on NEFA. Ramesh is convinced by Thorat’s claim that the plan was hidden from Nehru by Menon. Nehru was supposedly shocked that this great report was never shown to him!

This is very interesting for many reasons. Firstly, skirmishes had already taken place at NEFA (Longju) and Ladakh (Kongka Pass) by August 1959 and China had even imprisoned Indians. Secondly, India had by then already moved its troops from Pakistan border to NEFA to establish forward posts, which precipitated these incidents. And lastly, Thorat’s boss in 1959 was General Timmayya. What was Timmayya’s reaction to this plan? According to Ramesh, Timmayya had larger than life presence and direct access to Nehru, which Menon supposedly resented (Page 503).  Why didn’t Timmayya ever show this great report directly to Nehru?

Ramesh maintains that Menon had harassed (Page 531) Timmayya, Thorat and Sam Manekshaw upon BM Kaul’s instigation, which supposedly caused loss of war in late 1962.  In Ramesh’s Mahabharata if Nehru is Dhritarashtra and Menon is Duryodhan, then Kaul was Shakuni! Leaving the merit of harassment accusations aside, both Timmayya and Thorat retired in May 1961 and their relationship with the defense minister could not have impacted the military many months later. India’s victory over NATO Member (Colonial) Portugal in December 1961 can only attest to this fact.

When Maxwell (“India’s China War“) asked PN Thapar, LP Sen as well as Krishna Menon as to why Kaul was sent as Corps Commander, they all supposedly gave the same answer: “Kaul was the only volunteer“.  While Kaul himself claimed to have followed the orders as a good soldier should, his willingness to do the dirty work in the national interest while nobody else was willing to, needs to be appreciated.

BM Kaul was a good soldier and patriot. As Ramesh himself points out, Kaul had no family relation to Nehru and hence, the theories of nepotism are malicious. Obsession to create heroes and villains out of history is unhealthy and has not helped the nation. They all were Indians who thought beyond themselves. They all had shortcomings.  But they all contributed to the nation in their own humble ways!

Kaul does not deserve the scorn shown by Ramesh or anyone else. I say this despite my own dislike for Kaul for trash-talking both Nehru and Menon in his books. Interestingly enough, Kaul accused Nehru and Menon of “neglecting national security“. When asked about Kaul by Micheal Brecher (Page 177), Menon had said “… Indian Army is poorer without him (Kaul).  He was not armchair commander and he functioned with great courage and daring …..“.  These mutual assessments much after their association reflect their respective value systems!

On Page 499, Ramesh writes about celebrating Operation Amar, which entailed the construction of 1,500 housing units for armed forces in Ambala.  Ramesh portrays this as Nehru’s glorification of BM Kaul and Menon, and fails to appreciate Menon’s contributions to the armed forces, which were unprecedented and unparalleled! While Ramesh’s thesis is that Menon was out to insult and demoralise the military, in reality, Menon had utmost compassion for the soldiers and was committed to improving the living conditions of their families.

During Partition, the Indian Army had lost one-third of the men to the Pakistani Army, but two-thirds of the housing that was in Pakistani territory. Operation Amar was the first of many such projects where Menon provided housing during his tenure as Defense Minister. This was yet another example of “Formula” Menon’s ingenious creativity and problem solving. Had the Ministry of Defense gone through proper channels and other ministries to construct the housing, it would have taken decades.  In 1957, many troops returned from Kashmir and Nagaland operations but still could not live with their families for the lack of housing. Menon offered to buy all the materials from his budget, if the men were willing to construct housing themselves on government paid time.

China never claimed victory, nor did it even acknowledge any war ever taking place. China retreated to its prewar position, vacating every inch of NEFA (Arunachal Pradesh), despite still maintaining claims. When enemy retreats, any other nation claims victory. Ramesh insists that it was a debacle for India since China’s withdrawal was from their “position of strength”.  This is very interesting argument! Would we (India) retreat from Kashmir since we proved our position of strength – not like China for just four weeks, but for 73 years?

Also read: The Chinese Complex: Why The Comparison?