A Note on Human Cognitive Evolution

By Himanti Singh in Latest

Millions of years ago, if we talk about human existence, we were not the only species to occupy the genus Homo. So, what is so special about us that, now, we are on the top to rule the world as the supreme species.

Frankly speaking, it is our power, power to imagine beyond what we can see like the existence of God, the existence of heaven and hell, our faith in religion, money for which we work and operate the same routine every single day like a machine. And, of course, our language has a huge role to adapt us to what we are today, a human being. This cognitive ability of ours makes us the creature who can rule the world. 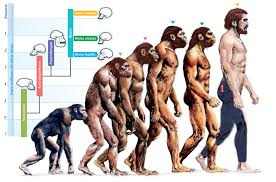 Homo neanderthalensis (Neanderthals), Homo erectus, Homo soloensis, Homo rudolfensis, Homo sapiens, and many more species, all of them by definition, mean human beings. So, it’s our cognitive ability which makes us evolve at that time not Darwin’s natural selection.

Because we don’t get adapted to every environment; and if we say we are stronger than everyone, then it would be a lie. In our first fight with Neanderthals we lost the battle, but in our second encounter we succeeded because of our cognitive power. If the other humans also have the cognitive power like us then those 50 people are enough for the 500 H. sapiens.

If you wonder how the cognitive power of us make it actually happen? How it helps us to say superior?

Just ask yourself what is that which makes us feel linked to strangers when we come to know that they are also from the same country, we know a common language, believe in the same religion. This is all because of our similar belief. And this is the only reason to unite 1000s of people just because we believe in the same thought or anticipation. This is why our cooperation with large number of strangers increased dramatically. Our ancestor lacks this ability although they also live in a small group of few people but not as large as we have. This is the most unique ability of ours to open up a new horizon of possibilities.

Have you ever noticed what you talk about a single day? Is it all about avoiding a lion and hunting bison? Is it about gathering food from forest? Is it the same our ancestors talked about in a day? The fun fact is that we all are gossip person? We talked about work just for few time span of our life and the rest of our conversation is gossip. Surprisingly, this gossip is because of the cognitive ability that now we are not talking about things like “Carefull! A lion.” We can do the chit-chat apart from signaling to avoid danger and gathering of food.
I know this all seems strange to you but this is the cognitive revolution which forms the base of our evolution and existence as humans.
Let us also talk about a day in the life of our ancestor human and the human we know today. Million years ago, humans were not socialized like today – how they walk up and spend their time with their family then go in search of food and return to their place in the evening. Occasionally, they are attacked by the lion and bison or have to face snake bite etc. They have more time to give their family. They were not affected by malnutrition because they don’t follow the same diet routine and have different kind of meal daily which was sufficiently provide all kinds of nutrition and essential vitamins. In their group they have an alpha male which was highly ranked among them and he was the leader. The choice of alpha male was not on the basis of muscularity. It was on the basis of how supportive and loving he was to other members. So in the case of need he was able to protect his troupe. 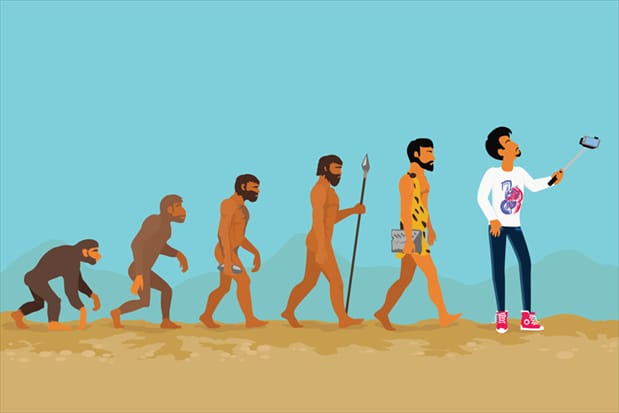 So, here we are having a machine-like life waking up in the morning in a rush to be at our workplace in time, operate the same work in a similar manner every day and return to our home. Having little time to spend with our family. Facing malnutrition because a person has the availability of same type of food material, which may lack some essential component needed by our body. Obsessed with fast food leaving the natural entities and obesity are very common problems. Though the cognitive skills helps us to survive a “technological era,” but we are destroying our environment to its worst. But now we don’t have to be afraid of snakebites or attacks from the lion or the bison on a regular basis. And above all, we can manage to go to the moon in a spacecraft.