Fifty Shades Of Consent: Moving Beyond The Binary Of Yes And No

By Charlie Kelmeckis in Gender and Sexuality, Society

Charlie was studying in college when he and his partner decided to head out for the night. A few days later, his partner informed him that she was having certain thoughts, and she now felt uncomfortable about the night they spent. And like most, he started panicking (partly in confusion and partly in horror) and started bombarding her with questions about how could that be when consent was always clarified between the two.

She, on the other hand, kept repeating that all she wanted to do was speak to him about it since it was disturbing her and that she was not accusing him. But scared of losing her, he kept repeating that there was consent and failed to listen to her. And as one can imagine, it ended with both of them losing their peace of mind. This isn’t a story which should be surprising, as it is one where one committed the cardinal sin: stopped listening.

The Oxford dictionary defines ‘yes’ as a word that is used to give an affirmative response, while ‘no’ is used to give a negative response. But the word ‘maybe’ is defined as a mere possibility. And that is where the grey area lies, an area which we still don’t understand how to handle. But, are we doing anything to understand consent? Or are we educating our younger generation to understand a concept that is almost alien to half of the world’s population?

Consent, in its most basic essence, is said to occur when one person agrees with another person with regards to something which involves the said person and might be physical in nature. For centuries, consent was never considered as important. It was present, but in principle and never seemed to matter to the men. Men, with their patriarchal mindsets and chauvinistic attitudes, dominated the women in society—even to the extent of dictating what women should or should not do with their bodies.

In the late 1980s, academic Lois Pineau argued that we must move towards a more communicative model of sexuality—so that consent becomes more explicit and clear, objective and layered, with a more comprehensive model than “no means no” or “yes means yes”. Think about it in this way: we have recorded history of our survival of more than 10,000 years, but the first time a discussion comes forward about consent is in the 80s—a time when coke was overflowing the streets of New York and the Soviet Union was about to fall apart like a bad game of Jenga.

The Two Basic Shades Of Consent Are Yes And No

In a situation where a person says no, it just means no, and there isn’t any hidden meaning behind it. But ‘yes’ is a bit more complicated because consent doesn’t end with yes. If you believe that consent just means a yes or a no, you might be mistaken. If yes is not specifically a yes, it is a maybe. Consent does not have just two shades. There are fifty plus shades of consent, and we just seem to be aware of the basic two.

The other shades, unknown to most of us, but present in reality since time immemorial, are the most vulnerable ones. To understand all fifty-plus shades is difficult, but even if we can understand things a bit more than the most common survey questions, it will not only make us better individuals, but we will make situations safer and better for people around us.

In a situation when one person says yes, can they feel uncomfortable about what happened after that yes? They can. But understanding the situation depends on how the yes itself came to be: was it by coercion/putting the other person in a position where they felt obligated to say yes? Or was it in a situation where there was no such incident, but the person felt uncomfortable later because of something else? This helps us understand a few shades.

But what if a yes was given in pity when pity wasn’t asked for? What if a yes was given, but the other person feels they were obligated, and the other person doesn’t agree? In situations where there are genuine grey areas, it depends upon each of their interpretations. Talk to each other and then do what makes you both more comfortable. If it feels that after hearing each other out both or even one of you is uncomfortable, respect it and walk away.

The Art Of Listening

If you are in a relationship, you need to understand that respecting each other’s comfort and feelings is of utmost importance. Mutual respect is what makes a relationship strong; otherwise, you won’t be able to last. And most importantly, respect is important in our everyday life—without respecting each other, we can’t ever have any healthy relationship, be it with our family, friends, partners, and the people who surround us.

The most difficult task in today’s world is to listen to someone else and actually understand them. But to understand a situation when you may have to discuss consent with someone, we need to be able to first listen to them, and then understand them. And this isn’t limited to just the person who is conveying her/his thoughts, but also the other person.

If you want to be heard, first hear the other person. If at any point of time you feel the other person is not listening to you, make it known to them. If you ever feel that you are not being understood, make it known to them. In such situations, you have to understand that it is of utmost importance to let your frustrations be known. In order to be understood, you need to let everything out.

Hearing each other out is where we have continuously failed to understand consent. What we must understand is that the lack of consent doesn’t always have to be spoken out word by word. We should be able to understand and take cues from the way the other person is behaving, be it their facial expressions or how they are showcasing their comfort. 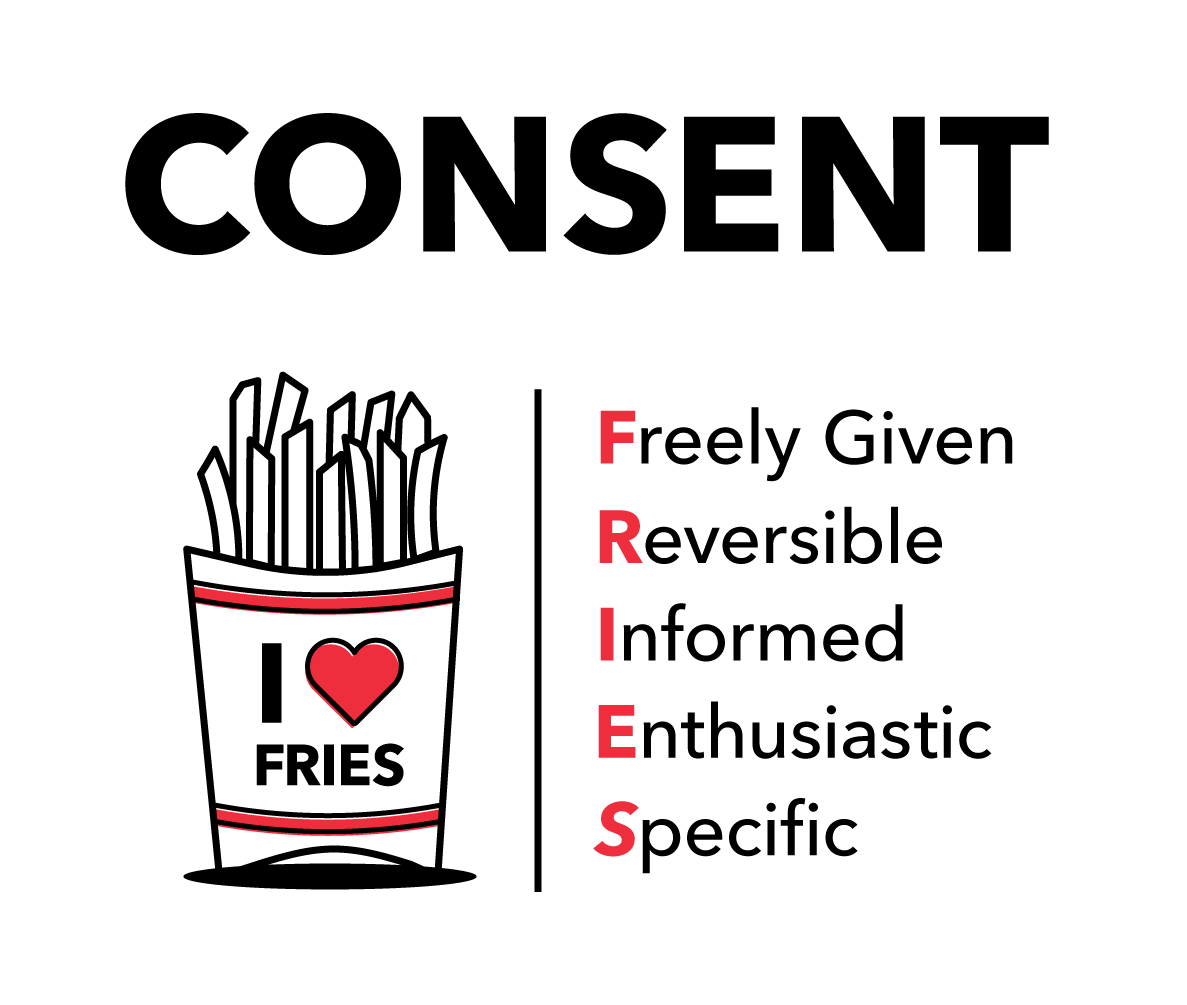 But if you feel that this is too much work or that it isn’t always necessary, then you are wrong. And you aren’t in any way ready to be in a sexual encounter with anyone because even though sex doesn’t have to be considered as sacred by every single person, the consent to have sex is sacred to both (or more) individuals involved.

If at any point of time you feel—be it at the moment or the next day or even later—that you are uncomfortable with the consent you had/had not given, let it be known to the other person. It will help you. And if the other person doesn’t seem to understand or is not listening to you, think about yourself and leave, especially if you are in a long-term relationship. That person is not ready to handle a sexual relationship. But if they are willing to listen and you feel that you can still trust them, do what you feel most comfortable with.

Six months later, Charlie was blackmailed and then sexually harassed by his school friend. And when he tried to speak up about what he was suffering through, he was asked to keep quiet by their common friends so that the person who harassed him did not to face any backlash.

I chose the name Charlie Kelmeckis because his character has always spoken to me and countless other people from my generation. Like Charlie, so many of us have to shut our pain and to suffer away, due to what others tell us. And like Charlie, the best therapy I had to help me stay strong and get through some of the lowest points of my life, was writing. This is for all the wallflowers in the world.

Also read: How Abuse Can Affect A Woman’s Notions Of Consent