Quick Byte: Can We Save Our Secularism And Not Make It A Battleground For Religious Wars? 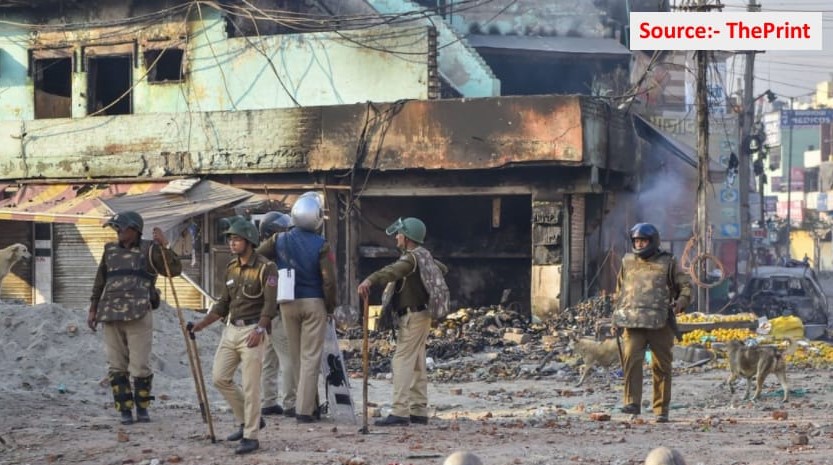 Monday, February 24, 2020, saw the beginning of doomsday. It has been pointed out that Indian politician, and the former MLA of Karawal Nagar in Delhi, Kapil Mishra, a member of the Bharatiya Janata Party (BJP) played a leading hand in the incitement of North East Delhi’s communal riots. Turmoil has become accentuated in the nation. Approximately 40 civilians have been killed, about 200 are currently injured, while close to 100 who have been allegedly involved have been arrested.

The role of the central government, in terms of taking action to curb the situation and create a cordial environment, has been dormant. Homes and streets are being vandalised. On Tuesday afternoon, the defiling act of setting a mosque in Ashok Nagar alight worsened Delhi’s climate, which was then followed by the burning of the Holy Quran in a place of worship. As a result, the outrage has been stretched and is prepotent.

Subsequently, on Thursday, February 27, Ankit Sharma, an officer of the Intelligence Bureau (IB) was found dead after being stabbed several times. As revealed by Zee News, his body was “found in Chand Bagh,” mutilated. Aam Aadmi Party’s councillor, Tahir Hussain, is said to have been involved in his killing.

Also read: Opinion: The Delhi Riots Were Not Spontaneous, They Built-Up Slowly Over Time

On the one hand, seeing the dreary events, we’re made to question our preconceived ideas of zealotry. On the other hand, we’re reminded of the gory historical narrative of the 1984 riots that marked the onslaught on the Sikh community. Visibly, the episode of Gujarat’s pogrom in the year 2002, has seeped its way into the national capital. The uproar is essentially grounded on the flag-waving paradigm proceeding to the destruction of secularism in the nation.

Are we hell-bent on saving our faith atop of the nation’s secularism just enough to make it a battleground for religious wars?