In India Today, Fanaticism Has Become The New Normal!

By Pragya Uike in News, Politics

Whenever the world talks about democracy, the first name which comes to their mind is India. By India, I mean just India and not the ‘New India’ which the current union government has promised.

Ours is the world’s largest democracy and earlier people were in awe of our country’s governance. There was a time when we were talking about ‘Brand India,’ when we were being compared to China. And now, India is called a fascist state! Leave China, we don’t even stand anywhere in front of Bangladesh in terms of economic growth.

They brought the dangerous amendment to the Unlawful Activities Prevention Act (UAPA). They tried to take away our Right to Information. We kept ignoring everything! I can add thousands of instances in this list.

But, the government did not stop here. They tabled the Citizenship Amendment Bill (CAB), which also became an Act (CAA). They kept fooling everybody that there is no link between the CAA and the National Register of Citizens (NRC). They even went to the extent of claiming that there are no detention centres in the country.

They police resorted to ‘revenge’ with the students of Jamia Milia Islamia, Aligarh Muslim University and many more. And, let’s not even talk about the situation in Uttar Pradesh. From hearing remarks such as “Pakistan Chale Jao” (go to Pakistan) by the authorities to specifically targeting a particular community, we have seen it all.

First of all, the very basic principle of our criminal justice system requires that – a person has to be proved guilty beyond reasonable doubt. And also, even if they are proved guilty beyond reasonable doubt, human rights will be taken care of. So, the whole argument of “Pathhar phenk rahe the” (they were pelting stones) or “Bus jala rahe the” (they set a bus on fire) won’t justify the unconstitutional acts by the authorities.

The authorities could not even succeed in proving the first requirement and started attaching the private properties of protestors to compensate for the damages. Without any fair trial, how can they treat any person as criminal and how can they be so sure that they are criminals?

But, how did we reach to this stage? This is the main question. The only reason is that our country is no longer a democracy. India has turned into a fascist country. The destructive authorities have the support of the government. The union government is giving a freeway to apply the laws selectively. And, those who do not support them or those to question them are tagged as the ‘Tukde Tukde Gang,’ or ‘anti-national,’ etc. They risk their jobs and even life!

Recently, activist Saket Gokhale filed an RTI to know who exactly the ‘Tukde Tukde Gang’ are. He got the reply that no such gang exists. But, the ministers still use this term to polarise the country.

Not only that, efforts were being made by those who are alleged to be associated with the government (most of the media, some actors, some sportspeople, etc.), to discredit the protests at Shaheen Bagh by claiming that they are there for biryani and ₹500.

In the pro-CAA rallies and programmes, we even heard slogans such as “thok ke denge azaadi” (we’ll give you your freedom by shooting you) and “desh ke gaddaron ko, goli maaro saalon ko” (traitors of the nation, must be shot) and many more!

Those slogans were endorsed by the government but all limits were crossed when a Union Minister Anurag Thakur openly, and without any shame, delivered a provocative speech in which he also raised similar slogans.

First of all, who are the gaddars (traitors)? Is there any conviction which clarifies who traitors of this country are? A minister provoking people to shoot random people is the most dangerous thing. Even if a person is a traitor, there is a law for the same. Because of these cheap tactics, we witness cases of mob lynching.

Now, see the aftermath. Yesterday, on the death anniversary of Bapu, a right wing supporter was seen shooting openly outside the Jamia campus! I mean, what can we expect from the supporters of Godse? The worst thing was, the police were standing there and were not doing anything! Not to forget, he was chanting, “mai dunga azaadi” (i will give you your freedom).

Now, the accused, Ram Bhakt Gopal tried to go live on Facebook before going to the protest. You can read the replies of his supporters: 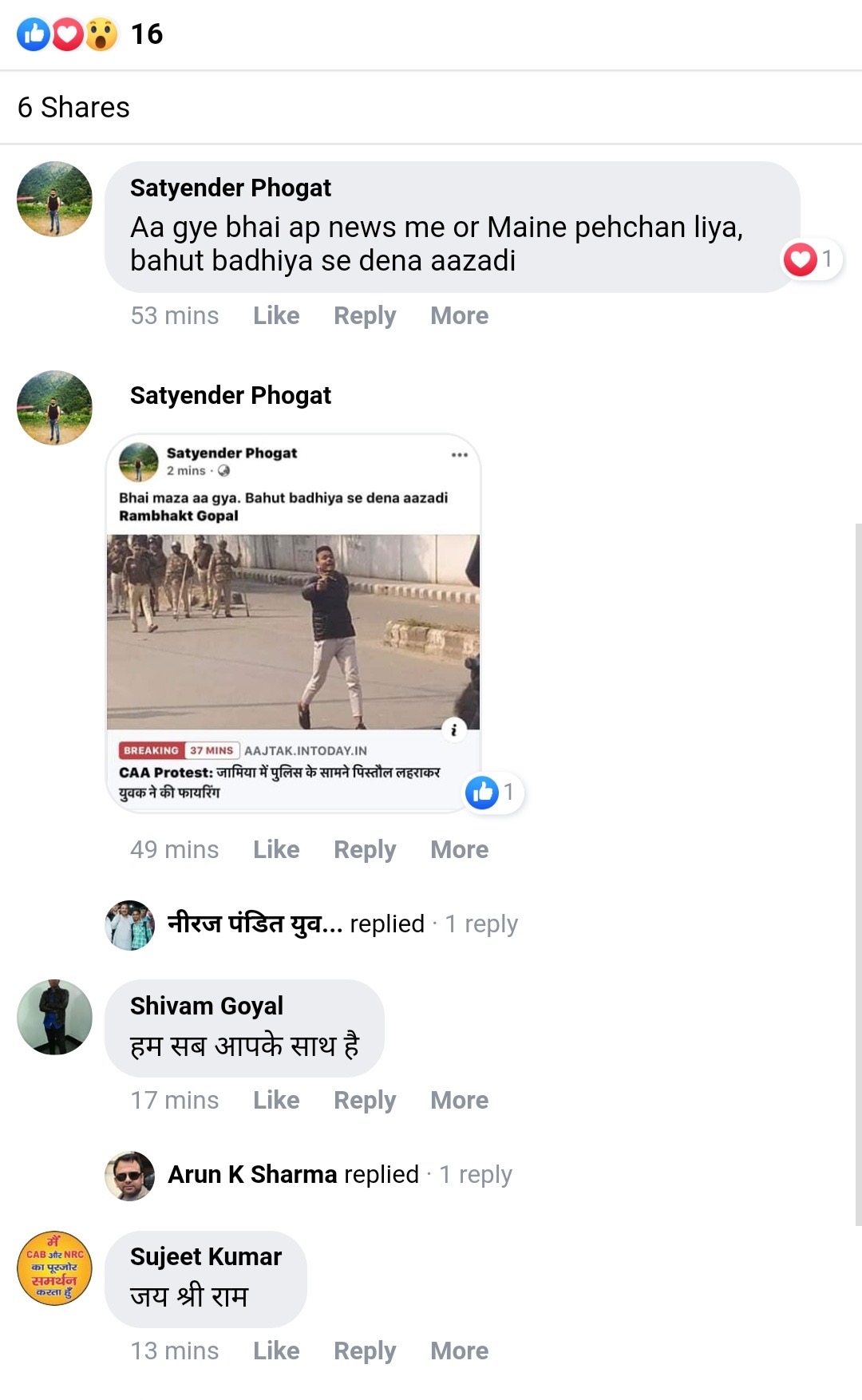 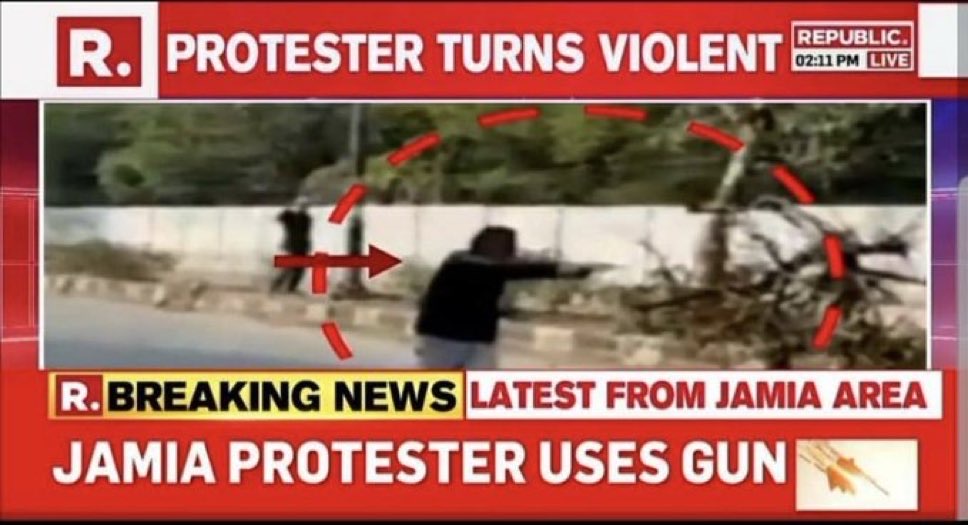 Seriously, they were trying to say that he was one of the protestors! And the funny part is, a lot of people believed it.
Now, see the U-Turn the channel makes.

#StopProvokingIndia | Gunman opens fire & injures a student outside Jamia before being arrested, with the incident being caught on camera. Tune in to watch Arnab #LIVE on Republic here – https://t.co/jghcajZuXf pic.twitter.com/9xHSxBS0XS

Just look at their hashtag – Stop Provoking India! The channel is actually trying to justify whatever he did! What on earth is happening in this country?

Two minute silence for those who still believe that – our country is democratic, that the judiciary will save the nation, etc. I don’t want to say anything after this. I am short of words!

Also Read: India: The Land Of ‘Ahimsa’ For The World, But Not Its People