Opinion: On Ranjan Gogoi’s Nomination To The Rajya Sabha

By Purni Singh in Politics

When Ranjan Gogoi held the famous press conference he was lauded by the Congress and liberal media as the saviour of the Supreme Court and democracy. BJP and others then called him a liberal stooge.

Now that Ranjan Gogoi has been nominated to the Rajya Sabha by the President (not any party) under the eminent personality quota under Article 80(3) of the Constitution of India. Congress and liberal Media is calling him a BJP stooge

If it indeed is a question of quid pro quo then I must say Ranjan Gogoi is an extremely bad deal maker. He was the Chief Justice of India who in my opinion is the third most powerful person in the country (after Prime Minister and President) therefore a Rajya Sabha seat means nothing to him. 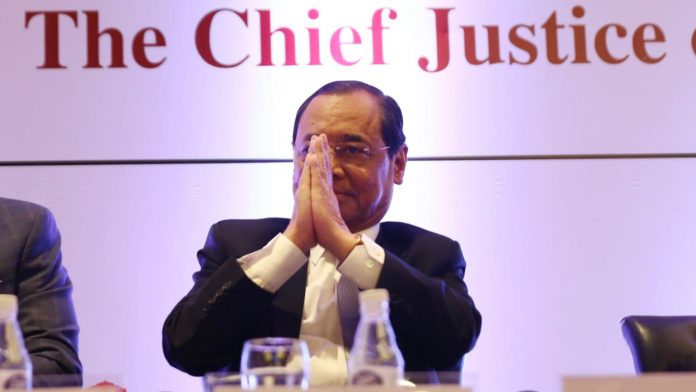 I don’t think we should even go to precedents. CJI Hidayatullah was made the Vice President (an elected post), CJI Ranganath Mishra was made a Congress Rajya Sabha MP (party post), Former Justice Baharul Islam was earlier a Rajya Sabha MP before nominated as Judge of the G High Court. He was appointed as judge of Supreme Court in 1980. He went on to absolve the then Bihar Chief Minister Jagannath Mishra in the urban cooperative bank scandal. He resigned as Judge and became Rajya Sabha member again.

Justice Gogoi is as much a TMC, Congress, DMK MP as he is a BJP MP. A nominated MP does not hold any allegiance under the Constitutional scheme of things. I think a jurist like Ranjan Gogoi will have much more to offer to the legislation than a Rekha or a Sachin Tendulkar.

Taking the other side though. I think a set of Laws or guidelines should be in place regarding judges’ life after judiciary. You have to realize where the problem lies. Judges are mostly brilliant lawyers who give up their practice at a prime time to take a role in the bench. Even a tier 1 law firm Senior Associate gets paid more than judges in our country leave alone the partners and Senior Advocates. High Court judges retire at 61 and SC judges retire at 65 which is nothing for brilliant legal minds. It is only natural for judges to want to continue working after that. Wish to see more constructive discussion on this space in the future.