Adivasi rights activist and poet Dr Abhay Xaxa, who was a research scholar from Jawaharlal Nehru University (JNU), passed away due to a heart attack. He was 37. 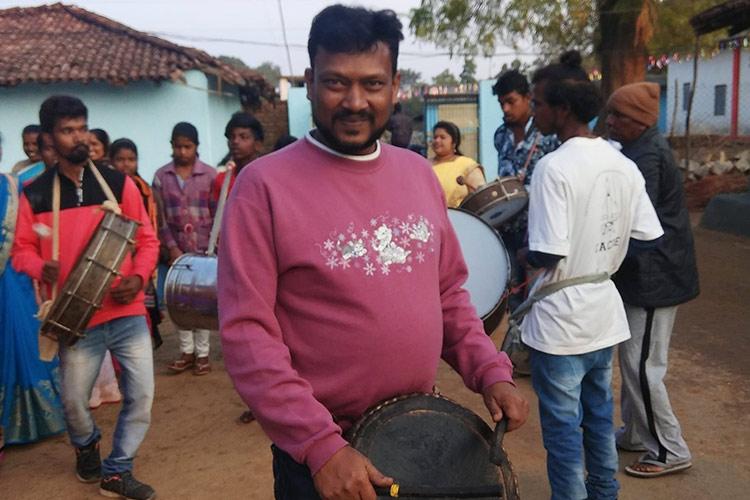 Nicholas Barla, who was with Abhay at the time of his passing, said, “Dr Abhay was in Jalpaigudi in West Bengal to conduct a workshop and complained of shortness of breath, and was taken to the hospital. He was declared brought dead. His body is undergoing a post-mortem and will be taken to his native place in Chhattisgarh on Monday.”

Abhay Flavian Xaxa is no more. Had gone for a visit to tea garden in Bagdogra with Bishop Vincent Aind, Sister Lalita…

Abhay was part of several movements, including Adivasi rights and campaigns for higher education for Adivasi youth. After doing a degree in Social Anthropology at the University of Sussex in the UK, he came back to India to pursue research. Abhay has written extensively to raise awareness about the issues he cared about, such as how much money the Centre was spending on Adivasi upliftment. His articles have been published in Firstpost and other publications. Condolence messages on Abhay Xaxa’s passing poured in from several of his fellow students and activists, mourning a loss that was too sudden.

Dr. Abhay Xaxa passed away earlier today. His death is a tremendous loss that leaves a void behind in many hearts. We…

Abhay Xaxa’s most famous poem was: “I am not your data”, which opposed the government treating Adivasis as mere data.

I am not your data, nor am I your vote bank,

I am not your project, or any exotic museum object,

I am not the soul waiting to be harvested,

Nor am I the lab where your theories are tested,

I am not your cannon fodder, or the invisible worker,

or your entertainment at India habitat center,

I am not your field, your crowd, your history,

your help, your guilt, medallions of your victory,

I refuse, reject, resist your labels,

your models, leaders and patrons,

because they deny me my existence, my vision, my space,

they all create illusions and put you on pedestal,

from where you look down upon me,

So I draw my own picture, and invent my own grammar,

I make my own tools to fight my own battle,

For me, my people, my world, and my Adivasi self!

This poem was first published in Round Table India.

Also read: Madait: The Adivasi Spirit Of Volunteerism And Cooperation