Garbage Burning In Bengaluru: How Our Campaign Altered This Toxic Practice

By Jhatkaa.org in Environment, Society

In May 2016, Jhatkaa started a petition against garbage burning in Bangalore.

Our then campaigner, Divya, for weeks sat outside BBMP solid waste commissioner’s office to bring the issue of garbage burning to his notice. 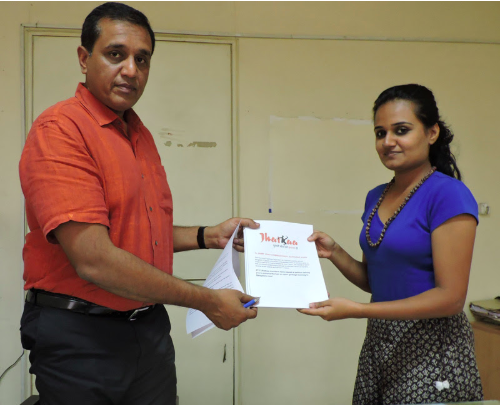 We also reached out to media folks to bring attention to the issue of garbage burning in Bangalore.

We also continued follow-ups to BBMP to take the issue of garbage burning more seriously.

Thousands of people joined us. 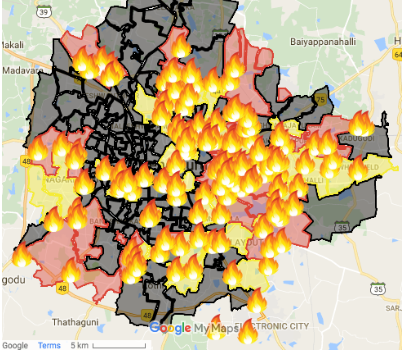 We also engaged  Hari Adivarekar, a Bangalore-based photographer to create a series of photos of garbage burning across the city. These photos were put up in an exhibit to showcase the issue, to create a more visual impact. 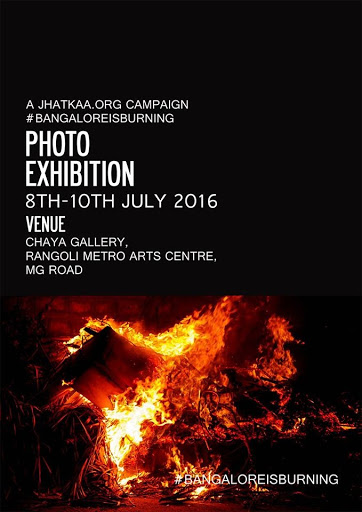 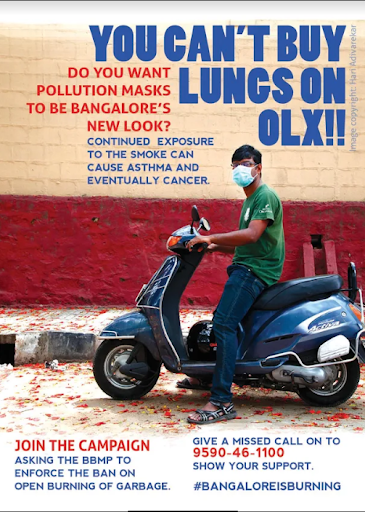 We also engaged with people of different age groups. 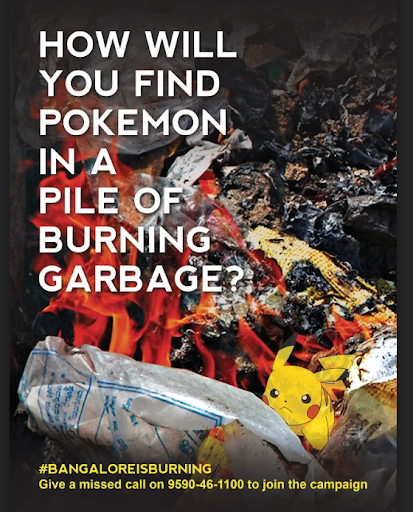 BBMP SWM Joint Commissioner, Sarfaraz Khan applauded our efforts and worked with us to solve the issue of garbage burning. 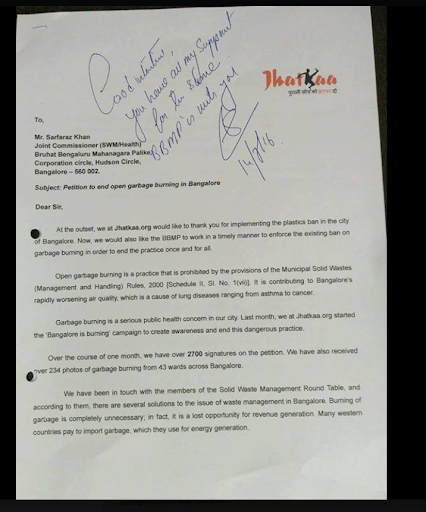 We continued to work with local organisations to stop garbage burning. 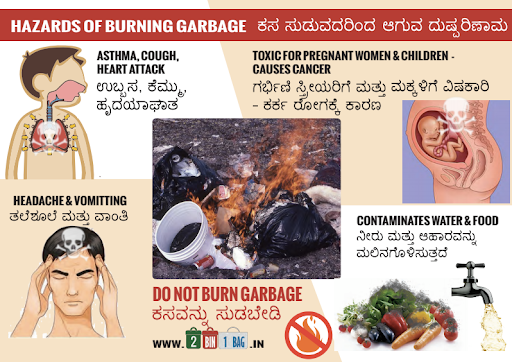 While we received photos from Bengalureans, they also reached out to us wanting to directly engage with their local civic authorities. But the issue was that they didn’t know how to contact them!

So we created an interactive map of Bengaluru with names and contact details of Ward Councillors and Zonal Commissioners. This map was then shared with our members and volunteers so they could get in touch with them with garbage burning issues in their community.

We also worked with the Technical Advisor of  BBMP to advise on reporting of garbage burning.

The BBMP appointed ward marshals< who would canvas the area and had the authority to fine individuals found burning garbage in the open.

We continued working on the issue of garbage burning and collaborated with Fridays for Future to raise awareness about the issue. 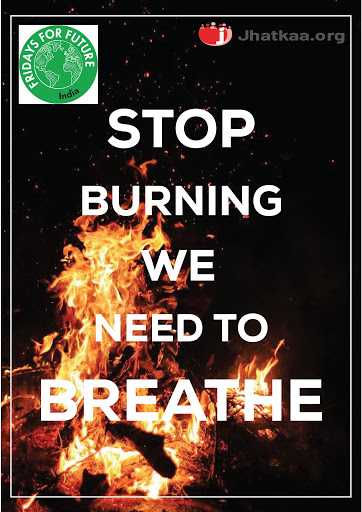 We continue raising awareness about garbage burning and waste segregation. After years of our efforts, Ward Marshals have been active in the city. In January 2020, more than ₹11 lakhs was collected as a penalty against garbage burning.

Also Read: Unhappy About The Garbage Crisis In Her Community, This School Girl Took Action!

Flood: An Engineer’s Disaster Or A Historian’s Natural process?

In A World Seemingly Headed Towards Doom, I Learnt To Grow My Own Food