A Desi In Deutschland: All You Need To Know About Studying In Germany

By Dr. Anurima Chanda in #GetEUReady, Education
Editor's note:This post is a part of #GetEUReady, a campaign by the International Labour Organisation and Youth Ki Awaaz to help students aspiring to study in the EU prepare for their higher education. If you're planning to apply or have applied to a university in the EU, share your story here!

It was the last year of college. Everybody was busy applying to universities abroad. I would have loved to join the bandwagon, but the complicated application process followed by the hunting for sponsorships deterred me. “No worries!”  I assured myself. I just needed more perspective, and my two-year Master’s course would do that for me. Before long I would be with all my friends.

Turns out it took more than that, but once I finally fought my fears and took the leap of faith, I realised that I needn’t have procrastinated. Applying abroad can be a cakewalk (with a little bit of discipline, but don’t we need that for anything worthwhile!), especially when it comes to Europe. 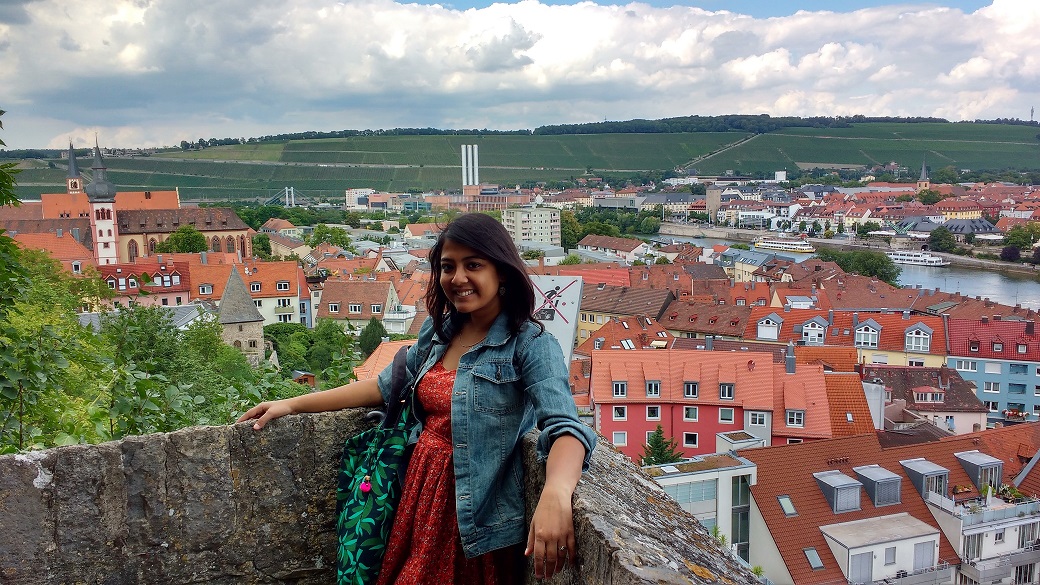 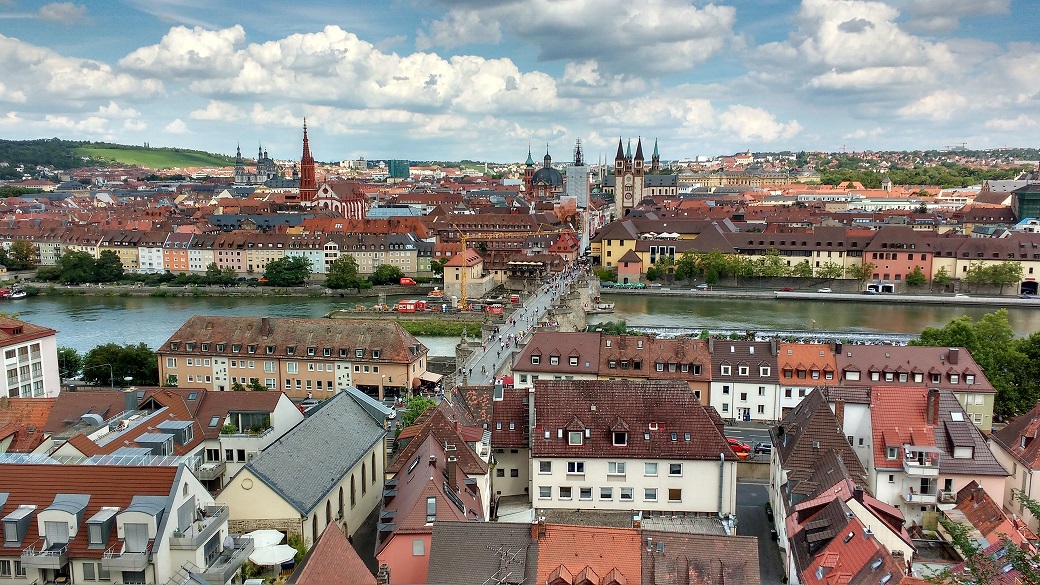 Under the MoU/Agreements of Cooperation signed by my university (Jawaharlal Nehru University) with the University of Würzburg, Germany, a number of Exchange Programmes aimed at various academic levels had opened up between the institutes.

I was fortunate enough to avail of the two-month-long DAAD Fellowship reserved for confirmed PhD students in the last stage of their research. The process was fairly straightforward, as such exchange programmes make the application requirements extremely streamlined.

Moreover, much-required guidance from the trinity: the mightily approachable head of English Department from the host university, the university coordinator who supervised the entire process, and the university-assigned student mentor, made everything so much easier. I had little to worry about under their mentorship, and have taken away so much from my association with each of them!

The head of the English Department helped me in the initial stages of the application and continued to support me until the last day of my thesis submission. I learned much about the wonderful University of Würzburg, and German culture in general, from my student mentor. She was a sturdy and dependable peer guide to me in an alien city and was someone I became very comfortable with. Needless to say, she became a close friend and later, when she came over to India, I was able to return some of her kindness, albeit marginally. 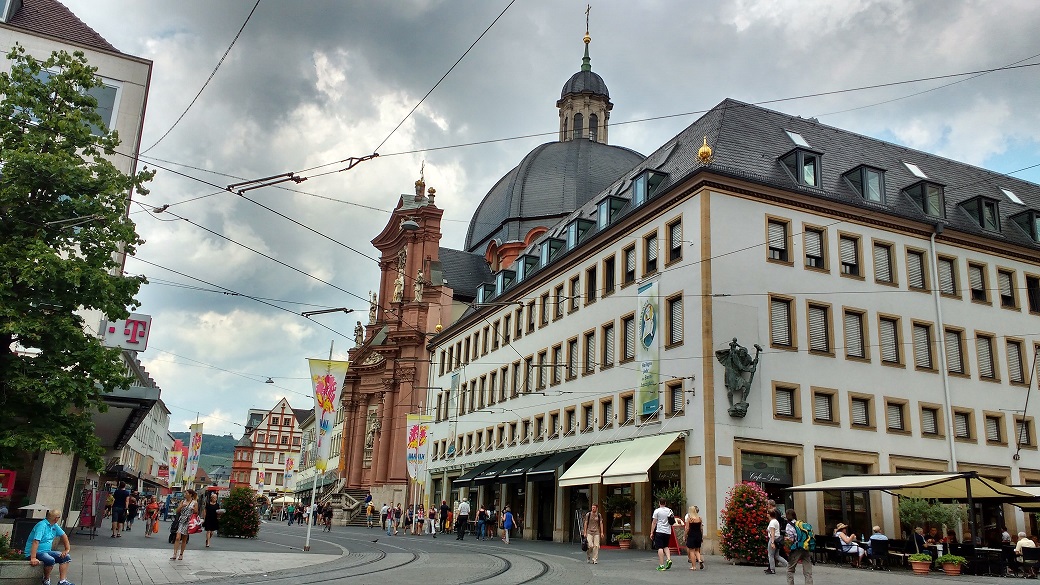 Also read: Best Scholarship Programmes To Apply To For Your Study In Europe

A Desi In Deutschland

I found that once you have the necessary documents from your host institution, the Visa application process goes like clockwork. The form took a bit of time to fill, but the rest was simple.

I didn’t worry much about money, because I was supposed to get the entire Fellowship amount in cash once I landed in Germany. But, I did some digging around the Thomas Cook travel card, and similar EU cards are available with the State Bank of India as well. I learned that these prove very helpful for international students until a more permanent solution can be procured.

Language, I found, is an important factor for those going to Europe. My Fellowship didn’t require me to know German, but others do. I would say picking up a course in the local language is an added bonus either way, as it can make it easier to get by in places where people don’t speak English. Plus, everything from street signage to labels in shops is mostly in the local language.

In my case, various pre-loaded language apps helped a lot. There’s one where I just had to hover my camera over the German tag and the translated word would flash on my screen. The best part was that even though people could not understand my language, I found them to be patient enough to read my queries from my gestures and give me a solution, no matter where I was travelling.

These basic factors aside, life in Europe becomes very smooth. Most places have free commute options for students. So, once the student has a valid ID, life is the easiest (one also gets discounts on museum tickets, and more on a student ID, so guard that fiercely!).

House rents usually decrease the farther you stay from the university. The commute might be longer, but very comfortable. I found that Facebook pages were hugely helpful while looking for accommodation from India, (I used “Indians in Würzburg” for help).

I felt it was best to cook my own food, rather than eating outside. It was definitely more affordable and healthier in the long term. Vegetables came cheap, and meat, even cheaper. For the ‘ghar ke masale’ (spices from home), you can always carry them from home; but there were many Pakistani/Bangladeshi stores all over that stock up on Asian spices. I got my mobile connection from a Pakistani store, where I was met with that pleasant sensation of being back home.

I also found that academic exposure in Germany was huge! The libraries were well stocked, and even when, by slim chance, a book wasn’t available, the institution came through with a very efficient inter-university loan system! I spent most of my time at the University of Würzburg in the library, where I was able to make full use of its resources – be it reading, scanning or issuing books from other libraries!

Beyond The Day To Day

Exchange programmes are not just about accomplishing academic pursuits but also about realising that travelling is the best way of learning. I was lucky that I found amazing guidance under the university coordinator and the head of the English Department, both of whom encouraged me to realise this fact and make full use of the exchange programme. Along with balancing my academic work, I tried to explore the new culture as much as possible.

Being in Europe helped as it is a traveller’s paradise. Since all the places are so easily accessible, we would travel every weekend. In Southern Germany, there are these regional day train tickets for Bavaria where you could take an unlimited number of trips within Bavaria in a day- nothing can get better. The only rule is: never, never, never should one travel without tickets (if you get caught without one, you pay a hefty fine).

Also, there was FlixBus. I love FlixBus. People often asked me how I could travel for 18 hours in buses, but after Indian trains, these are a luxury, and they really take you places!

When I first applied for my Fellowship, all I could think of was the expanse of academic resources that was waiting for me. Little did I know that Würzburg would turn out to be so much more than that. My very first interaction with the entire Department of English at the University of Würzburg was at their semester-end dinner, and I sat there chatting about everything under the sun with a group I was meeting for the first time. It felt like I was at my own university. That is what the University became for me – a home away from home.

Also read: Are You A Student Confused About Housing Options In Europe? Look No Further!

It was an experience of a lifetime, not just because of the research material I gathered but also because of the people I met and befriended. With them, I shared the most fruitful academic conversations and in them, I found friends for life. 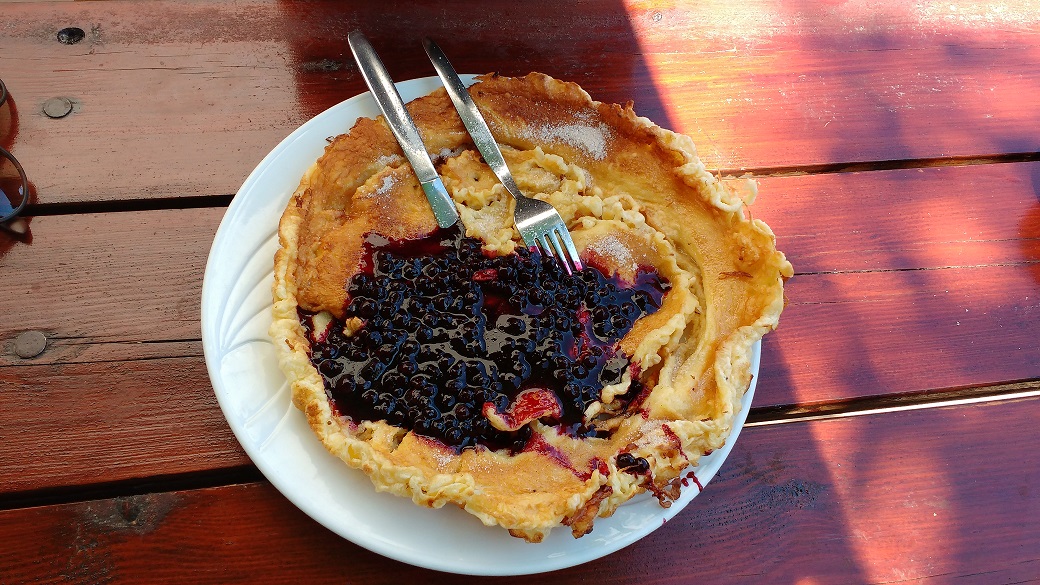 From visiting the Black Forest region in Bad Wildbad (which I had known through the Grimms Brothers’ Fairy Tales) to enjoying the variety of German cuisine that was so meticulously served at the mensa (canteen) every day, from climbing up the steep pathway to the Marienberg Fortress to walking down the vineyards, from gazing down at the city from the Käppele to sipping wine at the old bridge, from making friends on trams and buses to meeting international students at the University, the entire trip turned out to be stuff that dreams are made of. And I believe that is what studying in Europe means for me, and will always mean for me!