Why Did Meghan Markle, Prince Harry Decide To Part With Their Royal Family?

Of course, there is something to do with the temperament of Meghan Markle behind the couple’s royal parting. It may even be the best and only way for her to create a far more favourable ground for a relaxed life, away from royalty, after less than two years of her marriage with Prince Harry. Such eagerness was more rooted in a royal couple’s private life than that of an average couple. But don’t we have to stunningly fathom why royal couples always remain distinct from an average couple? It appears that they are taking steps to make their new life more valuable than ever. I think this is what they have always wanted to create their own life. She is officially leaving the Buckingham Palace at the fag-end of March. 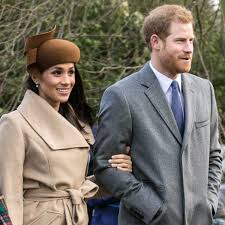 Meghan Markle’s life cannot evade the stark truth of her being an American biracial woman. She later became the wife of Prince Harry, and thus, her life later changed a lot in every sense. And why would this not matter to her so much? Her marriage with England’s royalty Prince Harry was admired with great positivism all over the world. But now, the strategic exit from the Buckingham Palace confirms their personal preference.

This was moderately enough to demonstrate an endeavour to uproot their easy-going existence for the sake of subjective propensities, as one royal commentator reported to have said, adding that if this was their priority, it could be described as sad in every shade. Not only was she regarded as an ideal partner for younger Prince Harry, but was also found to be proficient in dealing with social tension as well as anxieties every now and then, he upheld.

Also read: I Had A Major Speech Disorder, But I Fought The Ailment And The Society All The Way Through