Made In China: The Entrepreneurial Gene

By Parinda Joshi in Books

The year was 1498, the place, well once can’t really be sure but somewhere near Tanzania. A tired and sore Vasco Da Gama, with his ship full of Portuguese sailors had heard that someone, some dark-skinned oriental in the spicy gullies of Zanzibar could finally steer him to the promised land of India. He eventually found his man–an Indian, who had for generations been trading with the outside world through the sea route. This man then kindly consented to take the ‘heathens’ to the promised land of gold and honey – India or the Indies. This man, who eventually guided Vasco da Gama to the land of Kerala and then on to Goa, was a man called Kanji Malam, an Indian from Gujarat.

If Kanji were alive today and was told that he helped discover the Europeans find a sea route to India, he would have been slightly bemused. He would have turned around and told you that India had been burning the sea routes from time immemorial. That his land of Gujarat on the western coast of India was home to the biggest ports and the richest maritime history known to the world. He would tell you that in 4000 BC when the world was younger than you and me, Gujarati sailors shipped beads to Sumeria and Egypt and brought back wine and precious stones. He would have also told you that at the time of the great Buddha and Mahavira, his land of Gujarat had the largest port in the known world–a city called Bhrigukachchha, that exists even today as Bharuch, still a modern port of some repute and still, 2500 years later a major port in the Western coast of India. The reality is that Gujarat has been at the forefront of Indian trade and commerce since ages. At the time the ancient River Valley Civilization, better known as the Indus Valley Civilization, Gujarat was its southernmost sea-facing point making it ideal for ports like Lothal and Dholavira to exist and flourish. Even today, their ruins stand testimony to the sheer grandeur of their urban planning and trading infrastructure.

Bhrigukachchha flourished at the time of the Greeks. In fact, its cosmopolitan gene pool stands testimony to various world civilizations that settled in and around that city in the ancient times, contributing to the anthropological melting pot that is the modern Indian diaspora. Gujaratis went consistently against the very flow of medieval Hindu superstition that said that travelling the seas was sinful. Gujaratis travelled around the world, blithely discovering newer lands to trade with, adding to their own riches in terms of wealth and experience.

When the Portuguese, Dutch and then the British started arriving in India from the 16th century they used Gujaratis as their principal trading partners. The headquarters of the British East India Company was originally at Surat. It was the Gujaratis’ relationships with the East India Company, and later the British crown, that were the biggest influences in shaping their contemporary trading empire. 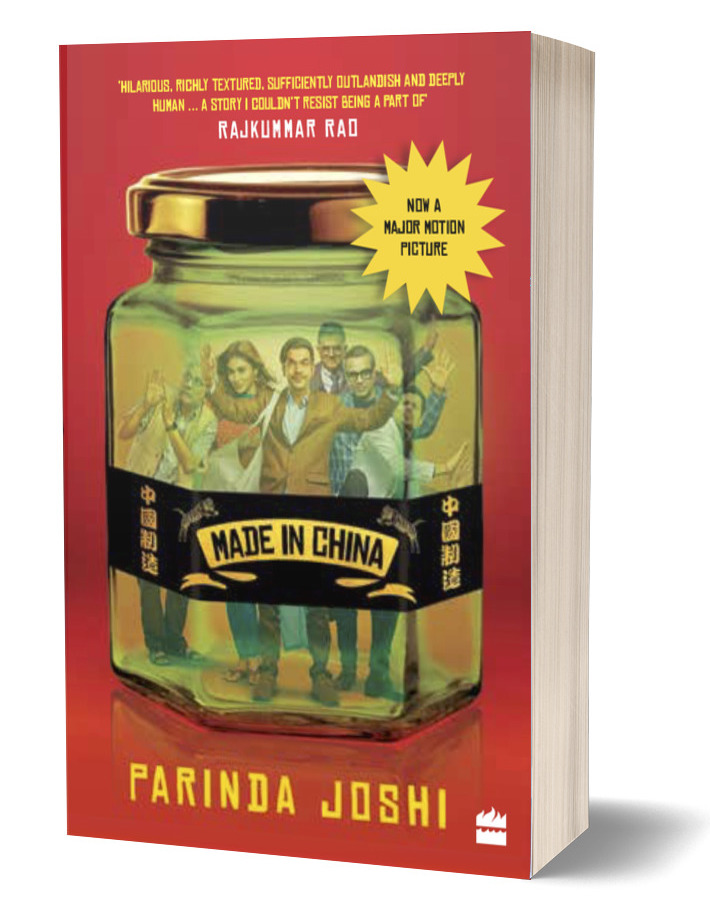 Raghu, the protagonist of my book, is not a lone wolf. He comes from a tradition that goes back thousands of years. He comes from a rich tradition of trade, commerce and exploration. It’s just that we Gujaratis were rather understated in our pursuits. We never really wanted to rule over Tanzania or Sri Lanka or Malaysia. We were happy in assimilating with cultures and bringing back what we learnt to make Gujarat a better place. Unlike the Europeans, we didn’t care much about colonialism. God knows we had the money and the inclination to travel, but really, we are peaceful people who believe in one central philosophy – peace and prosperity to all. Entrepreneurship is no less than a religion in Gujarat.

Raghu is not an anomaly. He is the rule in Gujarat. Every child dreams of an enterprise. Every worker dreams of having his or her own business. Gujaratis, more than any other Indian people I know, along with the Marwaris, whose stories are as fascinating, are, I feel, perhaps what defines the term progress in India.

Modern India owes a lot to Gujarati Enterprise. The Ambanis and Tatas, the two leading private enterprises of India, it’s Rockefeller and Ford as it were, both belong to Gujarat. One, a Kathiawari from the peninsular part of Gujarat, and the other a descendent of the Persian Zoroastrians who found a home in Sachin near Surat, where Raghu hails from, on being hounded from their home in Iran. Interestingly, these Persians, known as Parsees have not only merged into the fabric of India and Gujarat, but have adapted Gujarati language and clothing while preserving essential parts of their culture.

Across the world, Gujaratis are to be found running businesses, from corner shops to hotels, from tech start-ups to some of the world’s largest conglomerates. Like the Jews, Chinese, English, Scots and Lebanese, they have come to form an impressive global commercial network. In proportion to their numbers (about 63 million live in India, and there could be anything from 3 million to 9 million abroad), they could even claim to be the most successful. They bestride entire sectors of the global economy and have been at least partly responsible for the rise and fall of nations. Their influence on some advanced economies is now substantial. Raghu is in the long line of people who have kept the entrepreneurial spirit alive.

Raghu’s land is a land of plenty. A land where an enterprise is respected and risks honoured. Raghu is the epitome of Gujarati spirit…a spirit that is characterized by adventure, risk-taking ability, grit, gumption and enterprise.

Also read: The Divisions We Do Not Need: Shelving Our Books Into Genres