“Why Was The Only Female Interviewer In A Panel Of Five Not Able To Ask Me Questions?”

By Tanveer Ahmad in Feminism, Sexism And Patriarchy

Patriarchy is deeply rooted in the Kashmiri society and is manifested in different forms. Sometimes, it gets displayed in family affairs, and sometimes, in the social issues. Its pervasiveness cannot be denied, nor can it be undervalued. It is influential in every sphere of our lives, be it health, education, decision-making, family planning, income, or employment. In certain circumstances, people come to know about it, while in most of the situations, its dominant nature remains hidden. This is why patriarchy is able to maintains its normalcy and is taken for granted by individual members.

I am sharing my views on patriarchy and its ascendancy over women who are independent, especially those working in the higher education sector, when I met them for the first time during my interview for a government job. At that time, I could not identify their nature because of my unfamiliarity with the concept of feminism.

It was more recently when I revisited that moment, and the outcome is this article that I am sharing with you. Long before, I appeared in an interview for the post of a research assistant at the University of Kashmir. Around 10 students were waiting for their turn, and I was one of them. The surroundings were covered by snowfall, as it was too cold to stay outdoors. Keeping one’s hands in the jeans-pocket was very common among boys there.

Meanwhile, I heard about some heating arrangement, and we all encircled the coal bukhari (wood-burning stove). We were now warm and waiting for our interview. It was scheduled to be held at 11 AM, but due to adverse weather conditions, it started at 1 PM. After conversing with each other, we came to know about each other’s place. Once we got to know each other, we were now worried about the questions that’d be asked in the interview.

Our eyes were on the person who was on top of the interview call list. Finally, he was called for an interview, and it lasted for 15 minutes. He looked worried and exhausted. In that coldness, his face was sweltering. Each of us walled him and began to ask him, “Wahan kya pouchhatee hai (what do they ask?)”. He replied in a wrecked voice, “Jo hum nahi janate (What we don’t know).” After hearing this, we dispersed and started waiting for our turn.

Now, there was a reduction of five minutes in he duration of each interview. After the sixth interview, it was my turn. I asked for permission before entering the room. After seeking approval, one of the interviewers asked about my biography, and I began to introduce myself within two minutes. I counted the number of members of the interview panel. The panel was composed of four members who were unknown to me. However, in the group, there was one lady whom I had been observing and realised that she was trying to ask me questions a number of times; meanwhile, there was male involvement in discarding her question. 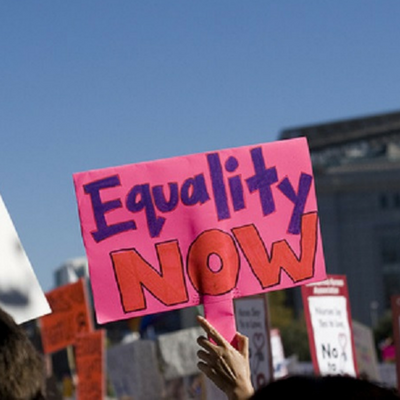 When she attempted to utter a word, there was counter-argument from the menfolk. During my whole interview process, she was side-lined. Her submissiveness and aloneness stood visible at every juncture. I was less worried about the job, more interested in knowing the reasons for her enforced silence. Had she been known to me, I would have asked her. She was a stranger to me.

I would have asked her if the situation permitted. I thought of waiting for her but my waiting for her would have taken a U-turn, a sign of corruption for a job, so I left without causing any trouble. When I came outside, there were few people left. I decided to wait and get a response from other participants.

“Salam sir!” I began my conversation. Again I asked him about the lady in the panel. “Hey sir, is that ma’am a part of the committee?” “Yes, brother,” he replied with a smile. Furthering my conversation, I asked him, “Why did she not ask any question?” He answered differently. Quoting his words, he said, “Zanen cha mahanyuwen brounh kani chalan (Women have no space before men)”. This is how patriarchy works during the interview process.