Are We Still Not Ready To Get Rid Of These Stereotypes That Belittle Women?

By Pallavi Mahajan in Sexism And Patriarchy

As Women’s Day draws to a close (this time, it was sooner than one hour because of day light saving. Well, what are the odds!), I thought it would be eye-opening (read: astonishing) to reflect on how we all, aware and conscious individuals, fall prey to unconscious women belittling.

1. Abuses used as a misnomer for a gender anatomy is gender belittling. Slurs that are targeting the vagina, which definitely is not an alternative to ‘foolish’ or ‘unaware’. Similarly ‘dick’ is not a synonym for stupid.

2. Women are not singleton sets divided into ‘nerds’ and the ‘pretty’ ones. One can be both and neither. Statements like ‘beauty with brains’ advocate ‘elitist feminism’, which is as hazardous as patriarchy.

3. The opposite of patriarchy is not matriarchy. It is equality; equality of responsibility, choice and opinion. 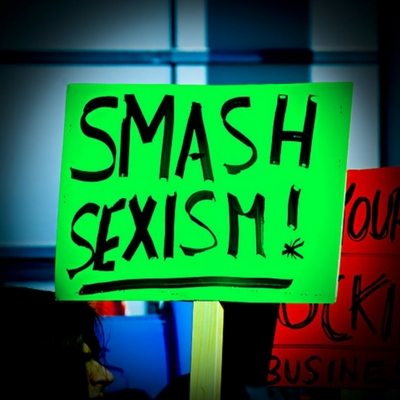 4. Jokes around “Wife is the ‘Yes’ minister in the house” is so hypocritical that it’s not even funny anymore. Almost 56% of women (Indian statistics) have reported violence (physical, emotional, psychological) in a marriage.

5. ‘Bhenji‘ and babe are callously used as honorifics to practice classism in the largest gender minority of the world. Wearing a traditional attire is as awe-worthy or casual as wearing haute-couture.

6. Questions such as “When are you getting married?”, “When are you planning a baby ?”, “What is your age/weight/income” are crossing boundaries. Refrain from asking such questions. Bracketing women to mannequins, wives and mothers is so regressive that even Manuvad might shy away from it in 2020.

7. Not all women love shopping, dressing up or practicing aesthetics. Similarly, not all women wish to pursue academic prowess, career fights and boardroom decision making. Your expectations has nothing to do with what women want to do.

8. She for she is not a joke. Yes, years of patriarchy have made sisterhood suspicious, but women can support each other, raise each other and celebrate each other. Women friendships are real.

9. Age positioning is the worst of belittling for women. You can marry whenever, you can have a child whenever (surrogacy/adoption), you can start a career whenever, and you can wear that red lipstick whenever and howsoever.

10. And for the 10000000th time, the size of our skirt doesn’t invite ‘action’ (read: sex). Women have a voice and mouth to speak (come on, wasn’t talkative (read: loquacious) a stereotype for women). If she wants it, she will say it. Please don’t let your testosterone reach your cerebellum. Not worth it.

This list is obviously not exhaustive. Let’s hear what gender biases against women you’ve felt subconsciously. And while you are at it, let’s make it humourous – because wasn’t sobbing and whining again a stereotype reserved for women?

Also read: Explained: Where Are We Going Wrong In Making Policies To Empower Women?
Similar Posts
Trending Post ›
VIT Mismanagement Leaves Students To Fend For Themselves