Opinion: Jamia Milia Is Not Wrong In Protesting Against CAA And NRC, Here’s Why

By Aelia Rizvi in Governance, Politics

On the 9th and 11th of December 2019, Lok Sabha and Rajya Sabha passed the Citizenship Amendment Bill, which has now become the Citizenship Amendment Act of 2019. This bill seeks to provide citizenship to the minorities of neighbouring countries (Pakistan, Bangladesh, and Afghanistan), people who were religiously persecuted (as said by the Home Minister in Parliament, but the word “persecuted” is nowhere to be found in the original bill), and who have entered India on or before December 31, 2014.

While this would have been a  move worth appreciation, the problem lies in the fact that it excludes non-Indian Muslims.

It excludes other neighbouring countries as well. Only the countries with Islam as their state religion have been considered. What about other minorities from the recognized countries, such as Ahmadiyas or Shias of Pakistan, or Hazaras of Afghanistan, and what about atheists? Why nobody is talking about them is beyond my understanding.

This bill is against the core value of the Indian constitution – secularism, equality and justice. The law also violates article 14, which prohibits “Religious discrimination” even to non-citizens.

The Home Minister says that Rohingyas will be treated as “illegal” immigrants, but shows false concern for persecuted people.

So, if we view CAB/CAA in addition to NRC (National Register of Citizens), it states the deadline of March 24, 1971. An Indian Muslim might be unable to show their papers due to various reasons ranging from floods, riots, houses being burnt to unawareness about paperwork. But, if they fail to do it, they will be considered an outsider and sent to detention camps. At the same time, Sikhs, Parsis, Jains, Christians, Buddhists and Hindus will be considered Indians without any such hustle. 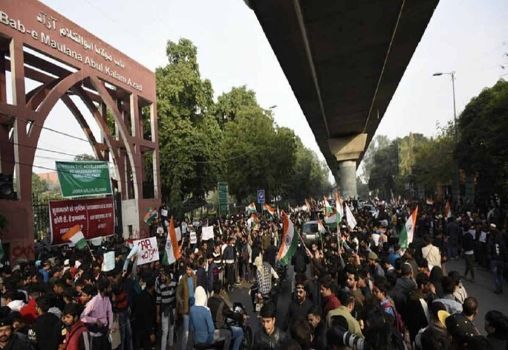 Us, who are opposing, are not against welcoming the minorities from neighbouring states. We should do it. But we should consider every other neighbouring state and community of people. Even if we have selected three countries, we should at least consider people without any discrimination.

The Act has been challenged in the Hon’ble Supreme Court and the court’s decision should clear all the misunderstandings around it.

Also read: Across India, Young People Are Protesting The Police Violence At Jamia And AMU

We must concern ourselves with overcoming this bad an economic crisis. Our GDP is expected to fall below 5%; the unemployment rate is the highest in the last 45 years. That’s what the nation should be discussing and working on.

But somehow, all of it manages to get diverted from the public discourse.