When Is Our Pop Culture Going To Stop Putting Women In These Stereotypical Tropes?

By Archita Joshi in Culture-Vulture, Feminism, Sexism And Patriarchy

The term ‘common scold’, which used in the 17th century, is still very much present in today’s society. However, with time, we’ve learned how to conceal it, or keep it under wraps. It’s easy for us to move on with our lives thinking, “We don’t have it half as bad as our grandmothers or even mothers used to. People back then were so conservative in nature.” However, the moralistic discomfort of the ‘Modern troublesome woman’ is still very much relevant.

It might be coming from the news we consume, the cinema we watch, or the literature we read. This is even worse when it comes to South-Asian societies that have always been patriarchal in nature and held clear notions about women. Although we have been able to achieve a woman President and a woman Prime Minister, it doesn’t mean we’re any better than America when it comes to depiction and portrayal of women.

Patriarchy still manages to have an element of magic in it: it describes not just pervasive cultural norms, but also something that now the most people don’t believe in: Equality. It is seen as a myth created by ‘man-hating feminists’ to give a purpose to their lives. It’s either met with widened eyes or rolled ones—depending on where you look at it from.

Popular Roles That Women Are Assigned In Pop Culture

However, this does not mean that pop culture hasn’t been able to empower women. Be it Britney Spears or Miley Cyrus, both have had allies who have cheered them on. Be it Samantha Jones or our dear Fleabag, people have fallen in love with them and stood in solidarity.

In India, women have always been treated as a commodity, which becomes relevant when you listen to songs like ‘Makhna’ ,which says “Tujhe diamond jaise sambhal kar rakhna” (I’ll keep you protected like a diamond) and lays emphasis on the fact that women are nothing but just a piece of coal, a commodity and something to be owned. Another perfect example of this is the song ‘NAAH’, which goes on to tell a story about how a girl is dating a guy just for his money, giving in to the stereotypical ‘gold-digger’ narrative about women. What is worse is that women in the video are objectified and merely used as props in the video.

It becomes more relevant when we look back at religious scriptures. In ‘The Mahabharata’, for example, Yudhishthir gambles Draupadi away, as if she is not an autonomous human being but his possession. Sita has to walk through fire to prove her ‘sanctity’ and be accepted in society.

Portrayal of Women In Bollywood

Although things are starting to look up brighter in Bollywood, women still have a long way to go. They were almost halfway, when ‘Kabir Singh’ happened. There have been numerous movies that have confused stalking with ‘love’, and toxicity with ‘possessiveness’. However, what these movies reflect is that to woo a woman, you need to coerce and sexually harass her to the point that she says ‘Yes’.

Even in older cinema, consider ‘Biwi No 1’ or ‘Gharwali/Baharwali’, women are divided into two categories: a ‘good’ woman and a ‘bad’ woman. A ‘good’ woman is ‘humble’, ‘modest’ and religious. She’s the perfect wife to her husband. Usually, ‘bad’ women are those wine-drinking, short-skirt wearing ‘homewreckers’, who are too ambitious for their own good. By the end of the movie, the women usually makeup, or the ‘bad’ woman repents and realises where she went wrong. 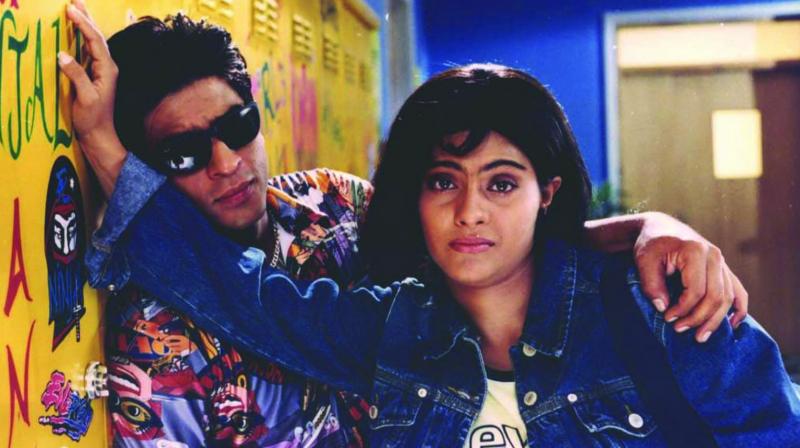 Another major trope of women is in rom-coms, when the guy says, “You’re not like other girls.” This is supposed to be a compliment and highlight how she is different and cool, and doesn’t come with unnecessary drama. A perfect example of this can be seen in ‘Kuch Kuch Hota Hai’, when, while describing Anjali, Rahul says:

(Anjali was not like other girls. She was like us guys, you know. While other girls would put on make-up, Anjali would play basketball. And her clothes, she used to wear the same clothes as me. yeah, seriously. My Anjali was very sloppy. She didn’t know how to dress up, look beautiful, or wear ornaments.)

In another instance, the female lead can also be quoted saying, “Main unn stupid ladkiyon ki tarah nahi hun, jinke peeche tum bhagte ho (I’m not like those stupid girls, the ones you run behind). This generalises women to such a ridicule narrative. Bollywood has a successful track record in pitting women against each other to satisfy and ‘win’ the male lead. Another example of this can be Karan Johar’s modern ‘Student of the Year’, in which the anti-heroine uses her sexuality to manipulate the man she is after, and the female lead constantly berates her for that.

Another major theme in popular culture has always been about suppressing women’s sexuality. Although, a few recent movies such as ‘Veere di wedding’, ‘Lust Stories’ ,and even advertisements by Durex are shedding some light on it, the topic on its own it still frowned upon. Commercial media has been unable to capture the essence of women as sexual beings, because acknowledging this would result in rejecting the image of women under patriarchy, and that’s a risk many are unwilling to take. Women are always supposed to be pure and pious and be in touch with their morals.

The bottom line for women in popular culture remains the same. They’re not portrayed as complex, sexual and dynamic, but rather as props to the hero, or to satiate the male gaze. However, what if fails to recognise is that popular culture has a tremendous influence on our society. It’s time that women are explored in shades of grey, and not just black and white as a vamp or a goddess. If we reinforce cultural stereotypes in films and advertisements, we should not be surprised if they play out in real life.

Women, now more than ever, are ready to talk about their sexuality, take on roles and experiment. It’s time that expectations of flawlessness from women are dismantled, and we progress towards a culture in which women are celebrated for speaking up rather than being silenced and punished for their voice.

Also read: 6 Movies You Must Watch For Stunning Lesbian Representation