Remembering Irrfan Khan’s Many Lives: From Roohdar to Rana Chaudhary

By Vanita Ganesh in Culture-Vulture, News

An actor par excellence, Irrfan Khan passed away on April 29, 2020, after a prolonged battle with cancer. “Actor Irrfan Khan died in a Mumbai hospital on Wednesday, losing a battle with a rare form of cancer,” according to a statement from his representative. Three days after losing his 95-year-old mother, Khan had been admitted to a hospital in Mumbai with a colon infection.

Irrfan was awe inspiring and an absolute Giant of an actor. Truly one of a kind. And he’s gone way too soon.
Wishing the family peace and strength.

Roohdar, Maqbool, Ashok Ganguly, Rana Chaudhary, Sajan Fernandez. Khan’s characters are unforgettable and made you sit up, hours after you finished watching the movie, thinking about a dialogue that refuses to leave your mind.

The first movie of his I watched as a young girl was The Namesake. A young professor navigating life in a strange country, trying to connect with a wife (played by the beautiful Tabu) he barely knew, and coming to terms with the fact that his children have a life he doesn’t fit in with: this gave me what, I thought at that time, was a peek into ‘adulthood’. 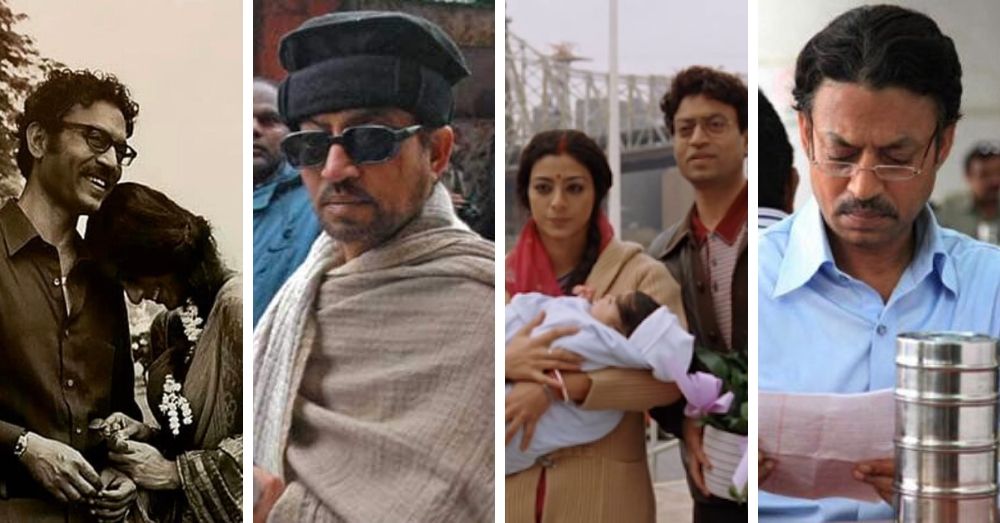 From playing the almost-dorky professor Ganguly to playing Roohdar in Haider, I’ve always waited to see what Irrfan Khan would throw at us, what new persona we’ll be treated to. How do we come to terms with a loss like this?