“No Arsenal Is Equipped To Fight An Invisible Enemy”

By Sanjeev Nanda in Society

We tend to think of history as boring — it is not a fault in personality, but a fault in our educational structure. We have been told that history is nothing more than dates and names. There is an underlying parable to history; however, one that instils one very important adage — those who forget history, are doomed to repeat it. 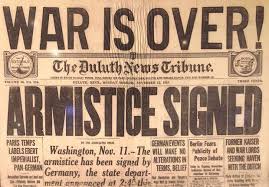 When at the tail-end of World War 2, the world achieved armistice after years of conflict, the immediate reaction wasn’t to celebrate the moment of peace but to set a countdown timer for the next one round the corner. When folks were told that after the Spanish Influenza another one could be waiting for them down the line, they shrugged off the lethal virus like it was nothing (or maybe a sense of collective denial set in, who knows?).

One shows you how much trust we hold in other people, versus our trust in a lethal killer virus. Now, as the death toll crosses nearly a million souls, all the ICBMs in North Korea, all the stashed Nukes across the world — all in vain. No arsenal is equipped to fight an invisible enemy like this.

Be it the Spanish Influenza, Bubonic Plague, Cholera, etc. the world is always one step closer to another pandemic about to happen. The same could be said of war. But while the latter can be resolved with talks and diplomacy, there is no negotiating with a killer pathogen.

Maybe by the end of this episode, the globe will truly coalesce as one, dropping this invisible arms race which has yielded nothing but fear and paranoia. Instead, we might learn from history (the interesting kind), one which tells us the value of yesterday, today — for tomorrow.

Also read: Coronavirus Has Exposed The World To Two Deadlier Viruses: Xenophobia And Racism
You must be logged in to comment.

This Is What The ‘Love Jihad’ Bill Means For My Love, My Consent, And My Democracy