As A Researcher In Military Psychology, Here’s What I Realised About Army Lives

Hey, how are you? All good?

“Yes, just the usual that’s going on. But I happen to visit the market today and bought some Kashmiri kapde. Look, I bought Pakol cap and kaftani. Now I am officially a Kashmiri,” he replied.

“Are you really fine, you can tell me,” I asked.

He took a moment of silence and said “He was my course mate senior” and asked me if he could talk to me later as he has some important work to do. But I knew he would cry right after I disconnect this video call, which he put up just to cheer me, as I was hustling with my PhD process. 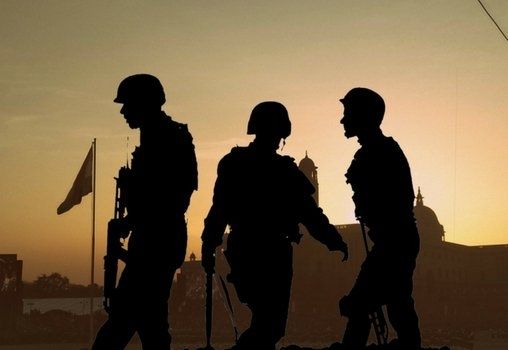 This was not the first time when I can see him struggling with his emotions. The last time was when Lieutenant Ummer Fayaz, an Indian Army officer, left this world. He knew him too.

Being a PhD student of Military sciences, with a specialisation in military psychology and society, I read and we discuss about societies, cultures, and the geography and economy of the particular state where he is posted. He pushes me to read more about their religion and beliefs, but I have more interest in the strategic content. However, he says that strategy is developed by people so it’s important to read people and their needs first. This led me to learn about Kashmir more. It was all better till today, when his another known Army officer was martyred in Hawana.

Today, he is out there and I am scared. As per our people, the job description of a defense personnel’s job is to die for his country. It’s his duty to serve the country, just like every responsible citizen of a nation.

Also read: Are We Choosing To Ignore The Alarming Mental Health Crisis In Kashmir?
You must be logged in to comment.