By Prabhat Misra in #WhyOnEarth, Environment

Biodiversity refers to the diversity between different species of plants, animals and other organisms in a given habitat at a particular time. Biodiversity is the soul of life on Earth. We, humans, are a part of this. We are fully dependent on this. At least 80% of the needs of the poor are derived from biological resources. 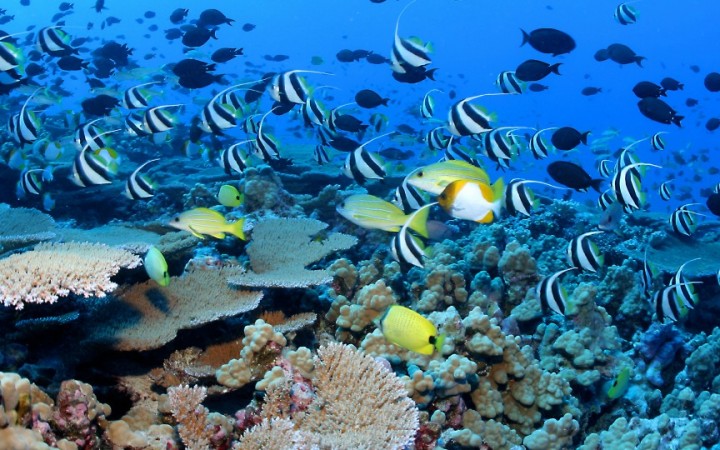 Biodiversity is an essential part of nature and is a must for our survival. The decade 2011-2020 has been declared as the UN Decade on Biodiversity. The United Nations proclaimed May 22 as the International Day for Biological Diversity (IDB) to increase understanding and awareness of biodiversity issues.

Biodiversity, on the blue planet, is in a state of collapse due to habitat loss, changes in land and sea use, overexploitation, global warming, climate change, pollution, and invasive alien species. Many species are at the brink of extinction. In the last four decades, global wildlife populations fell by 60% as a result of anthropogenic impact.  At the beginning of the 20th century, the Earth’s forest area was about 50 million square kilometres.

According to the World Bank’s World Development Indicator 2016, since 1990, the world has lost 1.3 million square kilometres of forests, an area larger than South Africa. According to the IPBES, the current extinction rates are about 1,000 times higher than before humans came, and future rates are likely to be about 10,000 times higher. Biodiversity loss results in reduced crop yields and fish catches, increased economic losses from flooding and other disasters, and the loss of potential new sources of medicine.

The ongoing COVID-19 pandemic shows the encroachment and destruction of ecosystems by human activities. It is a fact that the risk of emergence and spread of infectious diseases increases as nature is destroyed.

Protecting biodiversity and ecosystems is the key to preventing the emergence and spread of future diseases.

According to European Commission’s ‘EU Biodiversity Strategy for 2030’, released on May 20, 2020, the overall benefit/cost ratio of an effective global programme for the conservation of remaining wildlife, globally, is estimated to be at least 100 to 14. According to IPBES, more than 75% of global food crops rely on animal pollination. Natural capital investment, restoration of carbon-rich habitats and climate-friendly agriculture, are among the five most important fiscal recovery policies, which are economy-friendly.

Biodiversity conservation has the potential for economic recovery for many sectors of the economy. Investing in nature protection and restoration will be critical for global economic recovery from the COVID-19 crisis. Over half of global GDP depends on nature and it’s services. The four key economic sectors namely construction, agriculture, health, and food and drink are highly dependent on nature and its biodiversity.

Conservation of wetlands, peatlands, coastal ecosystems, marine areas, river ecosystems, forests, grasslands and agricultural soils, are essential for the reduction of carbon emission, biodiversity loss, urban heat island effect and natural disasters. Protecting biodiversity and ecosystems is the key to preventing the emergence and spread of future diseases. There is a need for maintaining a balance between sustainable supply chains and consumption patterns.

On this International Day For Biological Diversity, take a pledge to protect biodiversity and its habitat. It will help in reviving the ‘stressed ecosystems’ and ‘depleting biodiversity’ to their normal state.