Viruses Have No Religion: On Disobeying Quarantine Rules And Tablighi Jamat

Today, as the world is fighting against the deadly virus which began from China’s Wuhan to all across the world, Tablighi Jamat is in the headlines. The Chief Minister of Telangana released a press note said that six people died due to novel Coronavirus. Jammu and Kashmir reported it’s first death caused by the Coronavirus where a 65-year-old man died. All of these people had a travel history to Markaz, the international headquarter of Tablighi Jamat in Delhi’s Nizamuddin Markaz. 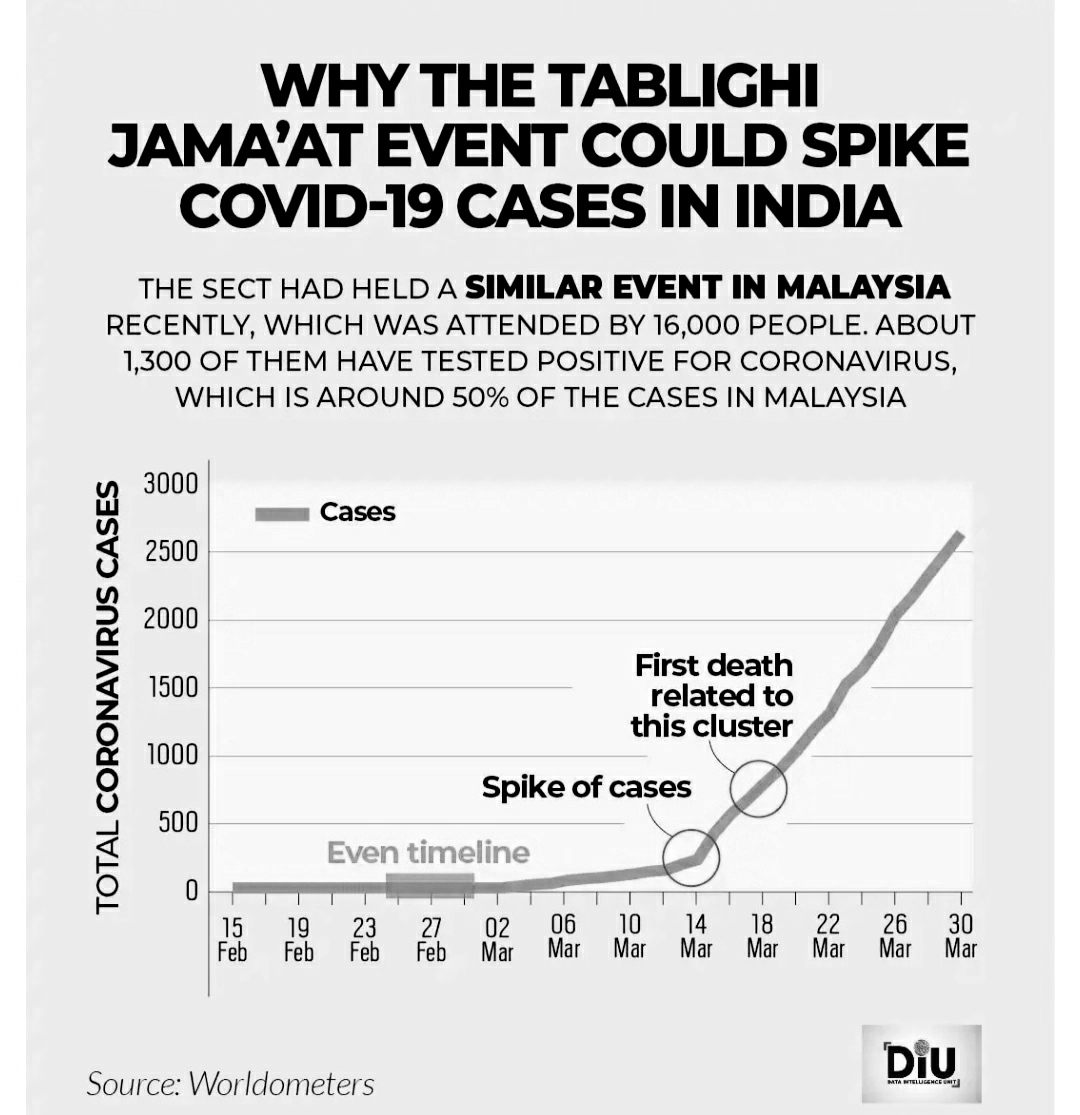 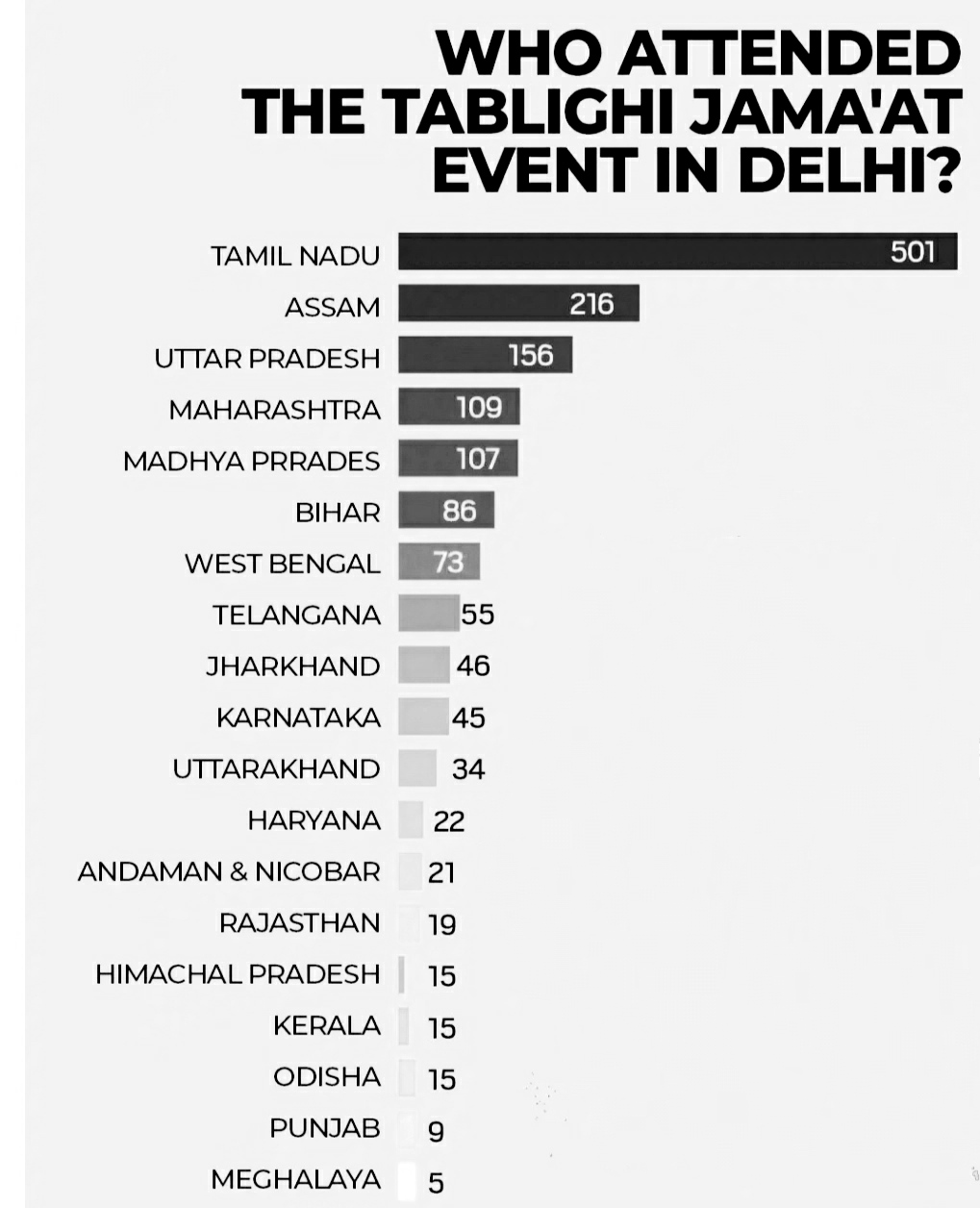 A similar event had happened in Malaysia and people who attended the Markaz had tested COVID-19 positive. It was then irresponsible on the part of the organizers to hold a similar event in India.  No doubt,  the congregation took place before the announcement of the complete lockdown henceforth, many gatherings were seen in different parts of the state. It is also a failure of the concerned administration of not intervening seriously. The Markaz, however, released a press note according to which, they kept informing the officials about those attendees who were stranded out there in the Markaz and also requested to arrange vehicles for them.

It is important to know these sections at this point.

At this crucial stage, every one of us should understand the importance of lockdown. We have seen countries like Italy where the number of positive cases would have been lower if they had shut down the state as earlier. As far as Tablighi Jamat is concerned, the Markaz has become the centre hotspot of COVID-19 and people are expressing anger on the activity of the Tablighi Jamat. Viruses have no religion.

People who have violated this and risking their fellow citizens must be punished. The Prime Minister ordered the lockdown nevertheless some various people and groups are continuing to violate this and ignore the call on social distancing. The following tweet of ANI is an example. Large numbers of people are there in the market without maintaining any social distancing. What is the use of law such a lockdown then? 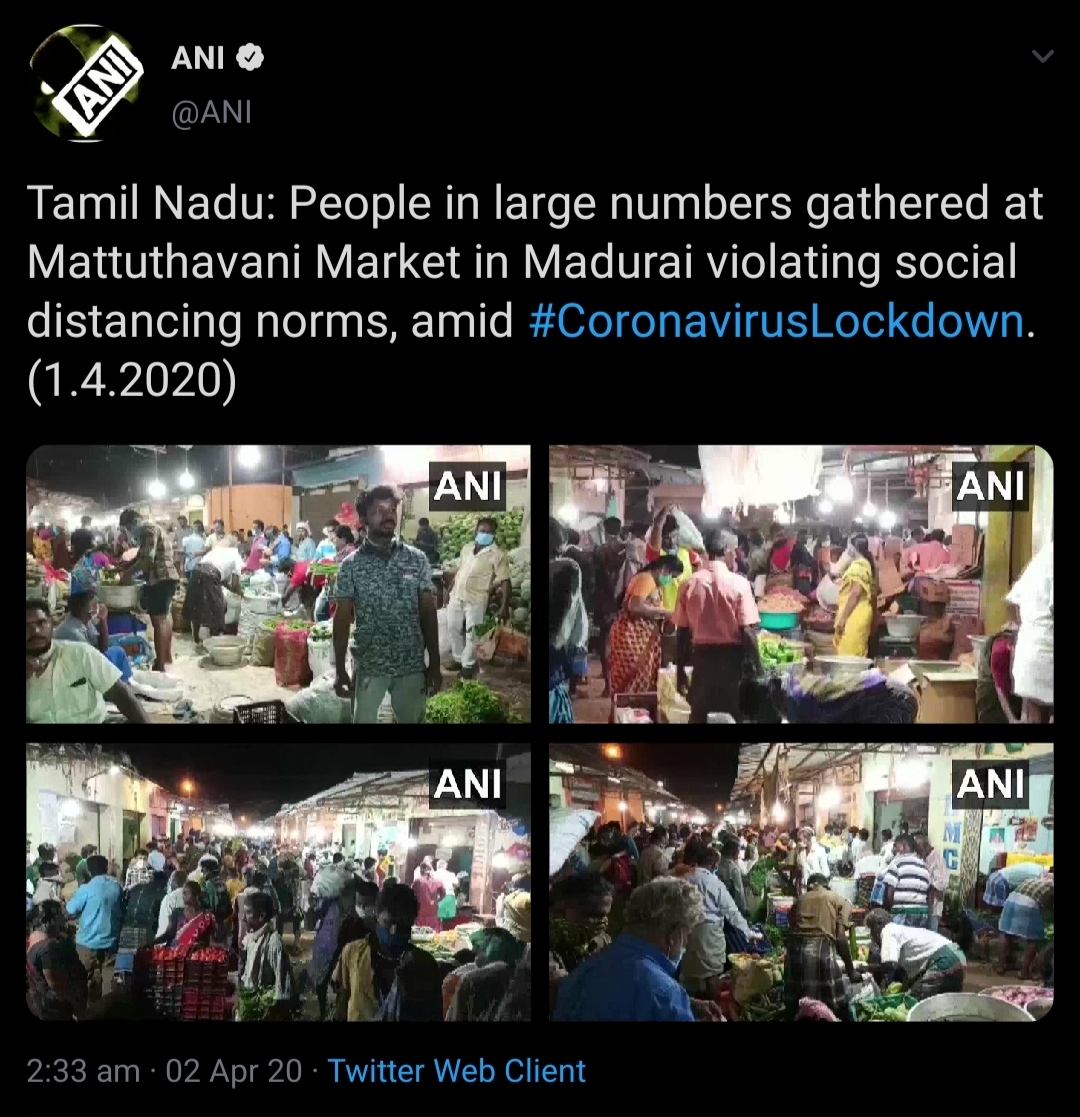 There are many market places like Mattuthavani in India. People should apply their consciousness and should understand the outcomes of it. The number of cases in India is increasing. It is the high time we become aware and follow the instructions.

Also read: Even A Pandemic Won’t Stop Islamophobia: Is This The New Normal?
You must be logged in to comment.

Coronavirus: “We Cannot Have A One-Size-Fits-All Communication Strategy”