Why Rahul Gandhi’s Interaction With Migrant Labourers Is Worth Appreciating

By shakeel ahmad in #CoronaWatch, News

Most of us by now would have come across jokes on Rahul Gandhi becoming more and more benevolent towards the poor, lonely migrants. The Congress party’s main leader not only conversed with them comfortably, but squatted at the same spot near a flyover in Delhi where they were awfully reclined. His sincere conversation on the pavement remained unique and unusual. 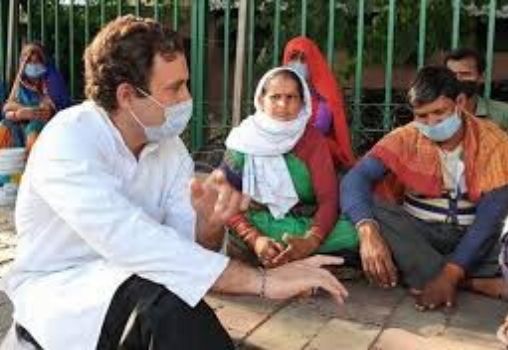 Was it not really so? He felt no remorse in exhibiting his individuality in public as a full-time humble politician. Obviously deeply hurt and confused while listening to what the miserable migrants described, he extended them the help they needed in their tough times. However, it was not appreciated by his immediate political adversaries. Some termed it as a showy behaviour, while others called it a complete dramatic behaviour.

Leaving behind all this criticism, Gandhi did what he deemed fit for their good. He is supposed to have given no importance to others’ disdain towards his political personality. Reacting to this sharp criticism, Punjab Chief Minister Captain Amrinder Singh urged critics not to ridicule Gandhi for reaching out to distressed migrants.

With his move to approach migrants, Rahul looked like the great Gandhi who had once realised the suffering of the common masses. The young Gandhi acted like a mature politician here by showing a touch of hope and optimism to the feeble, frightened people. For the sad and dejected migrants, he stood like a backer in adversity.

“Everyone gets a face. Nature provides one each for all of us, although it looks sometimes as if people had had to take theirs out of the bottom of the basket,” writes Lincoln Journal Star, Nebraska, July 3, 1916.

Also read: Post-Lockdown World: Will We Mend Our Ways To Save The Environment?
You must be logged in to comment.

From IIMC To JNU: 5 Reasons Online Classes Are Not Working For Anyone