The Class Question: While The Pandemic Is Universal, Immunity From It Is Hierarchic

By Nishat Singh in #CoronaWatch, Human Rights, Society, Staff Picks
This post is a part of YKA’s dedicated coverage of the novel coronavirus outbreak and aims to present factual, reliable information. Read more.

Playing video games was my favourite childhood hobby and in most of them, the protagonist had to pass through different challenges with the given amount of lifeline. This lifeline could be replenished with the help of certain resources that were freely available in the game at different stages.

To draw an analogy, today we are almost in a similar situation. Our financial resources represent the lifeline and the essentials like fruits and vegetables represent the resources that can help us make way through these times. However, unlike the protagonist in the video game, we are situated in different social locations.

Some of ‘us’, who have savings and investment in policies are privileged enough to stockpile those resources for months together, but some of ‘them’ are in a state of doldrums, waiting for the government to lift the lockdown so that they could go back to work as soon as possible and regain their depleting lifelines.

Max Weber, a German Sociologist, defined classes in terms of their market positions and the consequent life chances(opportunities) at their disposal. Life chances determine not only one’s access to health and education but also one’s ability to hoard the resources (stockpiling the essentials or the ability to stockpile the essential goods) to sustain through this crisis.

How else do we explain something as unprecedented as shops running out of stock? This is not only a case of limited supplies but also a clear reflection of ‘resource hoarding’. This hoarding strategy helps the upper and middle strata to not only lessen their chances to contract corona but also to follow the norm of social distancing easily by minimizing out-of-home visits.

To raise a few questions, how many of us can hoard the resources to get ourselves tested? And, if found positive, to pay for the ventilators? Few. This minority can afford not to work or work at home, sit back, hoard the resources, and spend the lockdown romanticizing nature, reading novels, writing blogs, watching Netflix, Ramayana, uploading stories of the new skills they have acquired like making Dalgona coffee, and discovering their inner self through spirituality program. But this is not to say that this class is immune from the impact of corona and have it easy.

Is This Pandemic Democratic?

A famous German Sociologist, Ulrich Beck, once argued that unlike the old world problems of gender inequality, class inequality, and racism which were hierarchic (impact felt by the marginalized sections like women, working-class, and blacks), the new world problems like financial crises, global warming, and, of course, pandemic are democratic(impact felt by everyone). Quiet true it is. 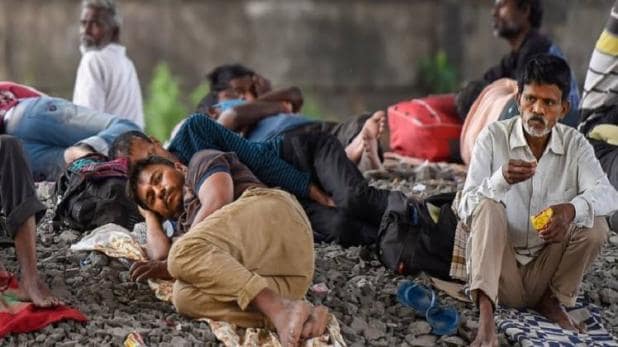 It has affected even Prince Charles. However, this should not let us persuade into believing that access to the cure or even immunity from the virus will be as democratic as the virus.

Like all other illnesses, as I said before, it is our class, race, religion, gender, and caste position which will determine who lives and who dies. Stigma and discrimination around coronavirus appeared in the form of xenophobia and racialization of coronavirus, especially when its outbreak in India was blamed on Muslims.

More than 70 % of the migrant workers, safai karamcharis, manual scavengers, garbage pickers, sanitation workers, and aides who are cleaning the hospitals and wards, are Dalits and Adivasis. They have no PPEs or protective gear. Other than a mask, they have not been given extra gloves, or plastic wraps to keep themselves safe.

Nevertheless, this lockdown has brought forward a brighter side of the world as well, with people, from all over the world, not only uploading pictures of the clean river, clear sky, and the free-roaming wild animals- calling it nature’s reclamation of the lost space- but also celebrating the nature as the unexpected beneficiary of the lockdown, which is, though undeniably wonderful, an urban middle-class privilege altogether.

On the other hand, according to the Periodic Labour force survey (2017-18), we have a grim picture of 25 % of rural households and 12 % of urban households who rely on casual labour (daily wages) for their livelihood. Over 70% of salaried employees in the nonagricultural sectors have no written contracts, and more than 50 % of those are not entitled to paid leave or any social security benefits like health care. ILO has recommended extending the social security net to these people to protect them against vulnerabilities they may encounter.

Also read: The Class Question Of The Covid-19 Pandemic In India

Social Distancing Is A Privilege, What Are We Doing For The Vulnerable?

Also, in the initial days, the Indian state didn’t bother enough to look into the wherewithal of the migrant workers and instead chose to shift its focus to the upper-middle-class Indians stranded abroad, by going as far as making exceptions to allow flights despite the announcement of closure. It was the Union Health Secretary, K.Sujatha Rao, who described this middle class to have been the source of this virus. The mobility of migrant workers, on the other hand, was restricted by closing down all forms of private and public transport. 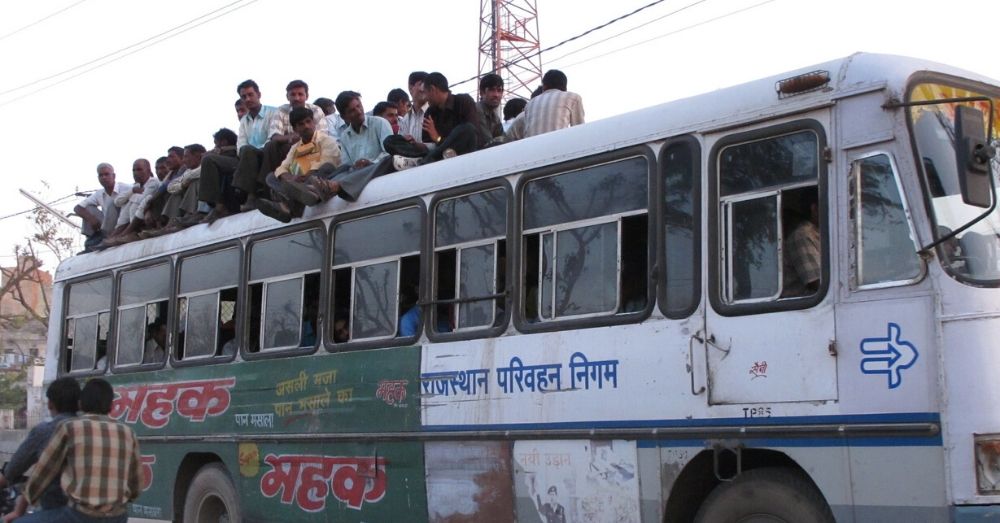 Uttar Pradesh government has recently announced a plan to bring back these workers in a phased manner. It is yet to be seen how this initiative unfolds. The Indian government has also decided to suspend insolvency provisions from IBC for up to 1 year, but it is yet to announce a loan waiver scheme for the farmers.  The success of the state depends on how efficiently does it manages to use the time, bought through lockdown, ramp up the health infrastructure, and allay the concerns of the vulnerable sections.

Also, the class divide between knowledge workers and manual workers has never been so stark. While it was easy for the knowledge workers to not only stay at home but work at home too, the informal sector workers, mainly manual workers, struggled to even go back to their homes, let alone work. Social distancing is a privilege availed by the tech-savvy and smartphone equipped middle, upper-middle, and the rich classes who could manage their essential needs (groceries) just by operating on their phone apps. Thanks to the platform economy.

Meanwhile, relief package worth ₹1.70 Lakh Crore($24 billion) under Pradhan Mantri Garib Kalyan Yojana which included measures like Rs 500 each to 20 cr women Jan Dhan account holders, Rs 1000 for senior citizens, and LPG connections to 8 crore poor families, all till the next three months, couldn’t bear fruit, as is reported by the government agency, according to which, only 15 % of the households have yet received 1 kg of pulses promised.

What an injustice it would be to the community if we utilize the services of the marginalized to keep the rest of us safe without concern for their safety and sustenance?